12 Celebrity Marriages That Lasted Less Than A Year 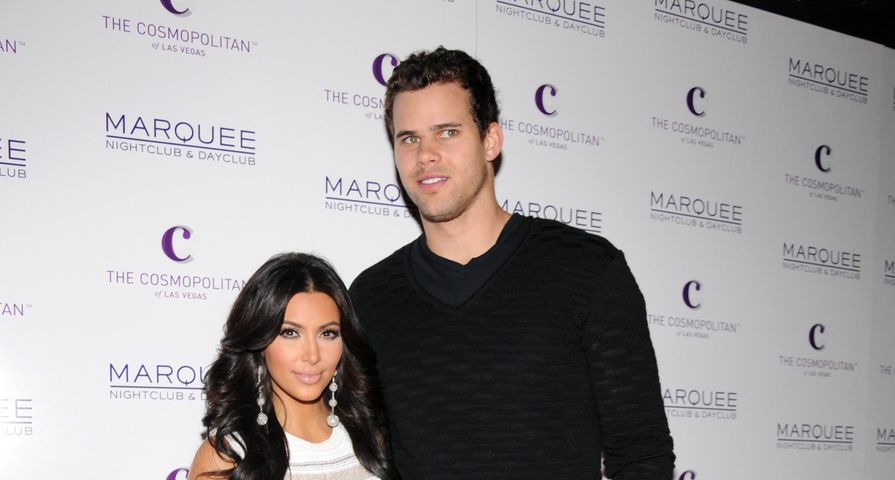 Marriage vows can vary widely and mean different things to different people, especially the “‘til death do us part” bit. Whether or not the following celebrities went into their marriages thinking it would last forever is one thing, but we can be sure they didn’t suspect that it would last less than a year. That’s right, they didn’t even make it a measly 365 days. In fact some of these relationships lasted mere weeks and even mere DAYS after the wedding ceremony. Each with their own reasons for marrying then splitting within a short amount of time, here are 12 celebrity marriages that have lasted less than a year.

When Drew Barrymore married fellow funny free-spirit Tom Green it raised a few eyebrows but the duo, who both have quirky personalities, seemed to genuinely enjoy each other’s company and appeared to be sure of their decision. Nine months later, they weren’t so sure anymore and they decided to split. They broke up on good terms though. Drew said of their break up, “Yes, it is true we have decided to part. I love Tom very much. He has always been a great friend and that won’t change.” Tom was similarly fond of his ex, saying, “Drew is a wonderful woman, I love her very much. I wish our marriage could have worked out; I wish her much happiness.” This, however, lasted longer than Drew Barrymore’s first marriage to bar-owner Jeremy Thomas when she was just 19 years old and had known him for a wildly brief six weeks. Their union lasted a whopping 39 days.

Sharknados aren’t the only disasters that Jennifer Esposito has survived. Her marriage to fellow actor Bradley Cooper wasn’t as happily-ever-after as the two had hoped for and after just four months they decided to call it quits. When Bradley filled Howard Stern in about the relationship and its failure he said, “It was just something that happened. The good thing is, we both realized it… Sometimes you just realize it. It just wasn’t right. It’s interesting… Things happen!” So there you have it. Things happen! All of life’s mysteries solved right there, folks.

When you think of Kid Rock and Pamela Anderson, you might think that they are an obvious match-made in heaven. Or not. Probably not. Yeah, definitely not. But when they were married, Hollywood gave them the benefit of a doubt and aptly covered the outrageous duo as they embarked on the world as husband and wife. Whatever the public thought about the pair, it didn’t last long as they split after being married for just four months. This, however, can’t compete with Pam’s shortest marriage record of 60 days of wedded bliss to Rick Saloman, the skeevy star of the Paris Hilton sex tape.

Carmen Electra and Dennis Rodman seemed like another pair made in Hollywood heaven. The headlines alone made for drool-worthy gossip fodder and it was hard to imagine what it was like to be around such an over-the-top and hard-to-miss pair. It didn’t last long though. In fact, it only lasted nine days with Rodman claiming he wasn’t of sound mind when they made their vows. That’s not too hard to believe.

90210’s Shannen Doherty wasn’t much luckier in love when she married Ashley Hamilton. The relationship resulted in Shannen being deemed a home-wrecker as Ashley was already involved at the time, but that didn’t deter Doherty from going ahead with the questionable affair. However, it only took five months of marriage for the two to realize it wasn’t meant to be after all.

When super famous actress Renée Zellweger married semi-known country singer Kenny Chesney, it raised a few eyebrows. When they split and their marriage broke up just four months later, eyebrows raised again when Renée cited fraud for the cause of the divorce. Their joint statement explained things this way: “The miscommunication of the objective of their marriage at the start is the only reason for this annulment. Renée and Kenny value and respect each other and are saddened that their different objectives prevent the success of this marriage.” Objective of their marriage? Huh! Wha? Whoa!

Another relationship that met its untimely end apparently due to fraud was the marriage between One Tree Hill co-stars Chad Michael Murray and Sophia Bush. The seemingly adorable pair apparently weren’t so adorable behind closed doors and their marriage dissolved after just five months. According to Sophia, “We were two stupid kids who had no business being in a relationship in the first place.”

In a relationship that had rumors flying that the groom was more enamored with the bride’s late father than the bride herself, Nicolas Cage and Lisa Marie Presley were only married for three months before deciding it just wasn’t meant to be. Not many other details were released by the couple who attempted to keep their personal lives private. “I’m sad about this, but we shouldn’t have been married in the first place,” was Lisa’s only comment. Nicolas Cage on the other hand merely said, “I did not comment on the marriage; I am not going to comment on the divorce.” Fair enough.

We may not get many details about the break-downs and break-ups of some celebrity marriages, but that wasn’t the case at all with Mario Lopez and Ali Landry. We found out exactly what went wrong and, oooooh boy, it was a whopper. After being together for six years, the two decided to finally tie the knot but just two weeks later it all fell apart when it was revealed that Mario had been cheating on Ali throughout the entire relationship, right up to the days leading to the wedding. Talk about brutal deal-breaker! “It was Spring break. . . . Everybody was hanging out. That was a situation where I was not mature and man enough,” Mario later said of the doomed marriage. Yeah, that’s one way to put it.

Jennifer Lopez hasn’t exactly experienced a smooth road when it comes to her relationships and that includes her marriage to back-up dancer Cris Judd. The two met when she hired him to appear in her music video for “Love Don’t Cost a Thing” – an anthem to another of her former lovers, Sean Combs (a.k.a. Puff Daddy, a.k.a. P. Diddy) who she was with for three years and who apparently had a penchant for buying her expensive gifts instead of fulfilling his relationship responsibilities. Cris and Jennifer didn’t last terribly long; however, and just seven months after saying “I do” they decided they didn’t after all and split up for good.

When you talk about short celebrity marriages, you can’t leave out the epically short marriage between Britney Spears and Jason Alexander. No, no! Not the Jason Alexander from Seinfeld. The Jason Alexander that Britney wed in a spur-of-the-moment Vegas-fuelled youthful (and possible groom gold-digging?) adventure was a childhood friend from back home. It didn’t take long for Britney’s people to step in and have the marriage annulled, saving the star a potential headache of epic proportions.

While other stars try to keep their personal lives out of the papers, the Kardashians are known for doing the exact opposite, which is why it felt like the entire world knew about the courtship, engagement, and wedding of reality mega-star Kim Kardashian and NBA player Kris Humphries. But after the wedding, things fell apart very, very quickly. We’re talking about a mere 72 days. Kris was apparently shocked and distraught. “I love my wife and am devastated to learn she filed for divorce. I’m willing to do whatever it takes to make it work.” Kim though, didn’t feel the same way. “I got caught up with the hoopla… I felt like I was on a fast roller coaster and couldn’t get off when now I know I probably should have.” That didn’t satisfy fans and the paparazzi-tempting tone of their entire relationship prompted rumors that the entire things had been a sham in order to lure in attention. Kris eventually felt the same way and sued Kim in what resulted in a not-too-pleasant divorce.