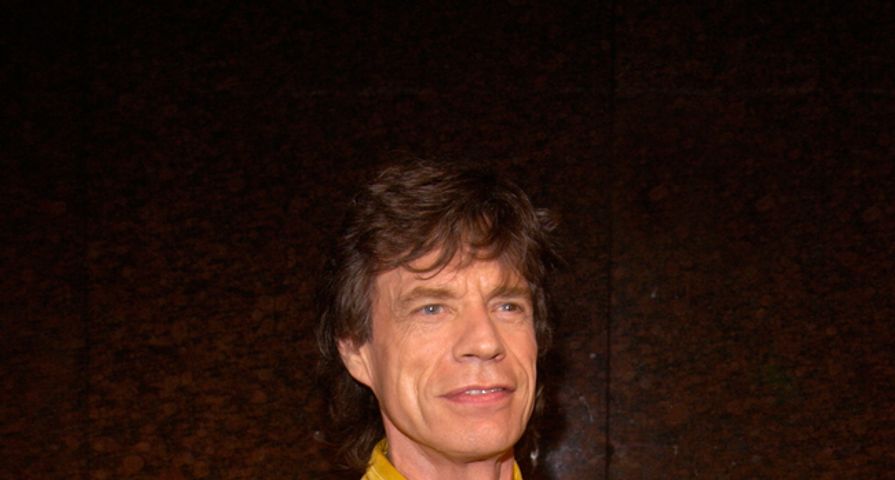 If you ask any medical professional about reproductive ability, they’re likely to advise against having children into your 50s. But it seems that not everyone listens to this advice. Since Rolling Stones singer Mick Jagger welcomed his eighth child at the age of 72, the crew at Fame10 were curious to know what other celebrities had children at an older age. Several rock stars, comedians, and actors have had children well into their 50s, 60s, and 70s, and we can’t imagine it’s an easy venture. Here’s our list of some of entertainment’s oldest celebrity dads.

George Clooney seemed destined to hold the title of Hollywood’s hottest bachelor forever with an aversion to settling down, but it all changed in an instant. After Clooney met Amal Alamuddin he knew he wanted to finally be that family man and on September 27, 2014, he became a married man. Almost three years later, only one month after his 56th birthday the actor became a father for the first time when he and Amal welcomed their twins Ella and Alexander on June 6, 2017.

Actor Jeff Goldblum has been married three times, but it took until his third marriage when he was in his 60s to finally become a father. “I never really particularly passionately wanted children,” Goldblum said in 2008, but in July 2015 when the actor was 62 years old he and his wife Emilie Livingston welcomed their first child son Charlie Ocean. Two years later they expanded their family when they welcomed their second son River Joe on April 7, 2017. Despite his previous statements about having children, Goldblum explained in 2016, “I never seriously considered [having children] until Emilie. I’m at a different place now. I was enthusiastic to marry her and try to have a baby.”

Although John Stamos had years of practice with his parenting skills on Full House and Fuller House, it took quite some time for it to happen in his real-life. In December 2017, a few months after his engagement to 31-year-old Caitlin McHugh, the pair revealed they were expecting their first child! Stamos said that McHugh suggested having a baby before their wedding because the actor was already 54 and not getting any younger, and Stamos couldn’t be happier that he has finally found the right person to accompany him on this journey. “I’ve been waiting for the perfect girl for over a decade and she walked into my life. I mean everybody knows that I’ve always loved family, and I wanted to have a family some day and get married again,” the actor said.

As one of TV’s harshest personalities, no one could picture Simon Cowell as a doting dad, but it happened! After a dramatic scandal in which it was reported that Cowell’s girlfriend Lauren Silverman had been cheating on her husband with Cowell, it was soon discovered that Silverman was pregnant with his baby. On February 14, 2014, the pair welcomed their son, Eric, when Cowell was 54. Luckily, despite his fears he wouldn’t know what to do with a baby, it all came together for the former American Idol judge. “I was born to be a dad…”I actually said to Lauren beforehand, ‘What if I like the dogs more than him?’ and she said, ‘You’re gonna be absolutely fine,’ and then literally within seconds of him being born, I got it!”

Fans of Sex and the City know that Mr. Big dragged his feet on making commitments, but it took some time for Chris Noth to be ready for the commitment of fatherhood in real life as well. Noth was 53 years old when he and his longtime girlfriend welcomed their first and only child, son Orion Christopher Noth, in January 2008. Noth explained that he just wasn’t ready when he was younger. “I think a child changes the equation in your life. We value freedom a lot in society now. We live longer. The idea of being in your 30s settling down and having a family, I just think people realize they don’t have to do that right away. There’s still time.” He also noted,  “Also, I had some pretty big relationships in my life. I’m glad I didn’t get married. I’ve been in love maybe four times before that. If I had gotten married, I’d be paying four different alimonies.”

Over the years, Clint Eastwood has had a lot of children with a lot of women! The actor had his earliest confirmed child, daughter Kimber Tunis, with Roxanne Tunis in 1964. Since then, he’s had 6 more children with 4 other women. Eastwood’s ex-wife Dina Ruiz Eastwood gave birth to the actor’s youngest daughter, Morgan Eastwood, in 1996, when the actor-turned-director was 66! Despite what he calls a “dysfunctional family,” Clint is a devoted father to all of his kids.

A longtime host of late-night TV, David Letterman didn’t father a child until he was 56 years old. Letterman and his wife Regina Lasko had their son, Harry Joseph, on November 3, 2003. Harry was named in honor of Letterman’s late father. In 2012, Letterman revealed to Charlie Rose that he wished he had more children. “When your focus is that tight you miss a lot of what’s going on around you. I just thought, ‘I can’t do both.’ I was wrong about that. I have a little boy now. I wish I had a little girl [too].”

Sir Paul McCartney had his last child when he was 61 years old. He was already a father to 4 grown children when his former wife Heather Mills became pregnant. The couple welcomed their daughter Beatrice Milly in 2003, who was named in honor of one of McCartney’s aunts and Mills’ late mother. After Beatrice’s arrival, the couple issued a statement that read, “She is a little beauty. We couldn’t be prouder. Our immediate family were told the news right away and are all as overjoyed as we are at the early arrival of our little bundle of joy.” McCartney and Mills separated in 2006 and were officially divorced in 2008.

Funnyman Steve Martin became a first-time dad when he was 67 years old. Martin married Anne Stringfield, a writer and former employee of The New Yorker magazine, on June 28, 2007, and the two had a daughter in 2012. The couple prefers to keep the details about their daughter out of the media for privacy reasons. Joking about his newborn’s name with David Letterman, Martin said, “We’ve thought about the name quite a bit. Conquistador. What do you think? I didn’t want to go with one of those Hollywood weird names. Conquistador is a statement.”

In July 2016, Rolling Stones frontman Mick Jagger announced he’s expecting his eighth child with 29-year-old New York ballerina Melanie Hamrick. Hamrick accompanied the 72-year-old rocker on his tour to Colombia and Mexico. At the time of writing, reports say Jagger will support Hamrick and pay childcare, but that they have no intentions of living together. In December 2016, Jagger and Hamrick welcomed a son, Deveraux Octavian Basil Jagger, into the world.

Like Mick, singer Rod Stewart also has several children from his numerous relationships with women. Stewart has 8 children by 5 different mothers. In 2007, he married model Penny Lancaster and the couple had 2 sons together: Alastair Wallace in 2005, and Aiden Patrick in 2011. Rod was 66 when his youngest Aiden was born. Weirdly enough, Stewart’s daughter Kimberley Alana – from his first marriage to Alana Hamilton – gave birth to her daughter Delilah 6 months after Aiden was born, meaning Stewart’s son and granddaughter are the same age.

Playboy Hugh Hefner had numerous relationships with different women, so it’s surprising that he only had 4 children. Hefner’s youngest sons, Marston Glenn and Cooper Bradford, were born in 1990 and 1991, respectively. Hefner was already in his mid-60s when he had the 2 boys. The children were raised in the Playboy mansion, which had been turned into a more “family-friendly” home for them.

Star Wars creator George Lucas was 69 years old when he welcomed his baby girl with wife Mellody Hobson. Lucas wed the chair of DreamWorks Animation in 2013, and had their daughter, Everest Hobson Lucas, via surrogate on August 12, 2013. This was Lucas’ first biological child. Previously, the director adopted his daughter Amanda with his former wife Marcia Lou Griffin in 1981. After their split, he adopted 2 more children as a single parent: daughter Katie Lucas in 1988, and Jett Lucas in 1993.

Robert De Niro has fathered 6 children throughout the course of his relationships. In 1997, De Niro married his second wife, Grace Hightower, and the couple had their son Elliot shortly after. Although the couple split in 1999, they renewed their vows in 2004. They had their daughter, Helen Grace, via surrogate in December 2011. De Niro was 68 years old, and his wife Grace was 56.

Elton John didn’t start his family until he was already well into his 60s. After a 12 year partnership, John wed his partner David Furnish in 2014. The couple had their first son, Zachary Jackson Levon, in December 2010 via surrogacy. Elton was 63 years old at the time. Three years later, the couple had their second son, Elijah Joseph Daniel, using the same surrogate as Zachary. On March 16, 2016, Elton John boycotted Italian fashion designer Dolce & Gabbana after the company’s founder referred to children who are conceived through artificial insemination as “synthetic.” Elton publicly denounced the statement on Instagram by saying, “How dare you refer to my beautiful children as ‘synthetic’? And shame on you for wagging your judgmental little fingers at IVF – a miracle that has allowed legions of loving people, both straight and gay, to fulfill their dream of having children.”

Michael Douglas has 2 children with his wife, actress Catherine Zeta-Jones. The couple had their first child, son Dylan Michael, a few months before they wed in 2000. Douglas was 56 years old at the time. Douglas and Zeta-Jones had their daughter, Carys Zeta, on April 20, 2003. According to an interview in Variety, his children plan to follow in their father’s footsteps. “My son and my daughter both want to be in the business. They both want to act and I’ve told them to be ready for rejection. That’s the one part I always warn everybody starting out in the business. You have to be able to take a hit and keep on going no matter what.”