Things You Might Not Know About ‘Save The Last Dance’ 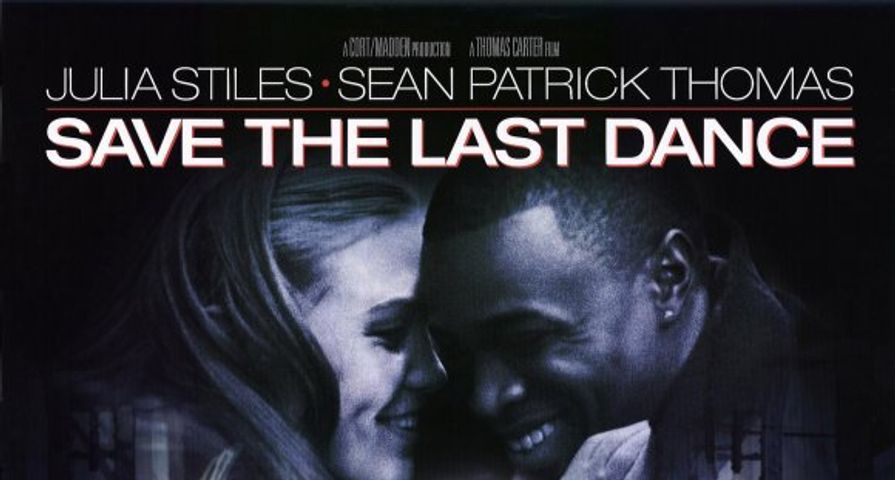 Back in 2001, the dance film craze was reignited thanks to Save the Last Dance. Aside from being a “teen drama,” the film actually tackled a lot of tough social issues that hit home with a lot of audiences from teenage pregnancy, to an interracial relationship, to the death of a parent. All these years later it still remains a hit with fans who continue to rewatch the movie time and time again. Check out 10 things you never knew about Save the Last Dance:

A central part to Save the Last Dance was, of course, STEPPS, the club that took any Fake I.D. and was the scene to some of the best dance moves in the film. As it turns out, however, the hip-hop nightclub scenes were actually filmed in a goth club that is named The Crowbar. After securing the site for filming, they had to do a complete makeover to fit the genre.

Producers originally chose Mount Assisi Academy, which is an all-girls Catholic school in Lemont, to film all of the school scenes at, but when they asked if they could remove the religious decorations for filming, the president of the school refused. Instead, they used Lemont High School in Chicago. Originally, the movie was supposed to have Sarah moving from Pennsylvania to Baltimore to live with her father, but the script was changed to have it much closer from Lemon, Illinois to Chicago, Illinois.

Years after the film came out, Julia Stiles revealed that her part in the hit teen film 10 Things I Hate About You actually helped her land the part of Sara Johnson for Save the Last Dance, well at least one scene did. In an interview, Stiles recounted her infamous table dance scene in 10 Things I Hate About You and said, “That’s how I got the job in Save the Last Dance by the way; I think it was from that scene. That’s what I was told.”

Although Julia Stiles had the table dance scene on her resume and had always enjoyed dancing, she never had any formal training, but she was determined to master it. “I told them right from the beginning, I want to train really hard and I don’t care if my toes bleed. Cause I love to dance.” She ended up doing a month and a half of training, consisting of six hours a day of dance and did choreography on the weeks to prep for shooting.

Although every film company and distributor hopes for a hit, no one anticipated the success that Save the Last Dance saw at the box office. The film debuted at #1 at the North American box office, making $27.5 million on opening weekend, which was impressive enough, but it also marked the largest opening for the Martin Luther King Jr. holiday weekend ever.

Director Thomas Carter, MTV Films, and Paramount Pictures worked hard to make the film authentic and brought in the best of the best to make the dance scenes real and not cheesy. They hired Fatima Robinson as the chief choreographer thanks to her impressive resume which included clients such as the Backstreet Boys, Michael Jackson, Aaliyah, Megan Trainor, Mary J. Blige, Usher, and Rihanna, just to name a few. If the chair dance that Sara and Derek perform looks familiar, it is because it is the same one the Backstreet Boys do in their music video for “As Long As You Love Me.”

Save the Last Dance boasted a lot of talented young stars including Julia Stiles and Sean Patrick Thomas, but it also marked the first major film role for Kerry Washington. At the time, Washington was only 22 years old and had just graduated with a degree in Anthropology and Sociology. Julia Stiles was only 19 years old and went on to Columbia University for a degree in English Literature, all the while her on-screen love interest Sean Patrick Thomas was 31 years old at the time of filming.

Although they had both done training, and the film had Fatima Robinson as the choreographer, the first practice scene between Derek and Sara was completely improvised. The cameras even caught Sean Patrick Thomas muttering instructions to Julia Stiles, trying to help her, even though she already knew how to do the dance.

With so many important issues being tackled, such as being a teen parent, Kerry Washington made sure to heavily prepare for her role as Chenille, a teen mom. “I did a lot of research and spent time with teen parents when I was preparing for the role. They helped me understand that when you have a child at that age, suddenly you really get that motherly, care-taking feeling toward a lot of people around you, which really helped me understand why she was willing to embrace Julia Stiles’ character.” She also made sure to observe teenage kids at the time to really take on how they walked and talked and interacted.

There ended up being four deleted scenes from the film that fans never got to see. In the first, Derek approaches Sara and flirts with her while she is buying hip-hop albums. In another, Sara actually goes to see her father play in the jazz club, and the last two show more of Kenny and Chenille’s relationship, as they talk about their relationship before they had a son.