Cast Of Save The Last Dance: How Much Are They Worth Now? 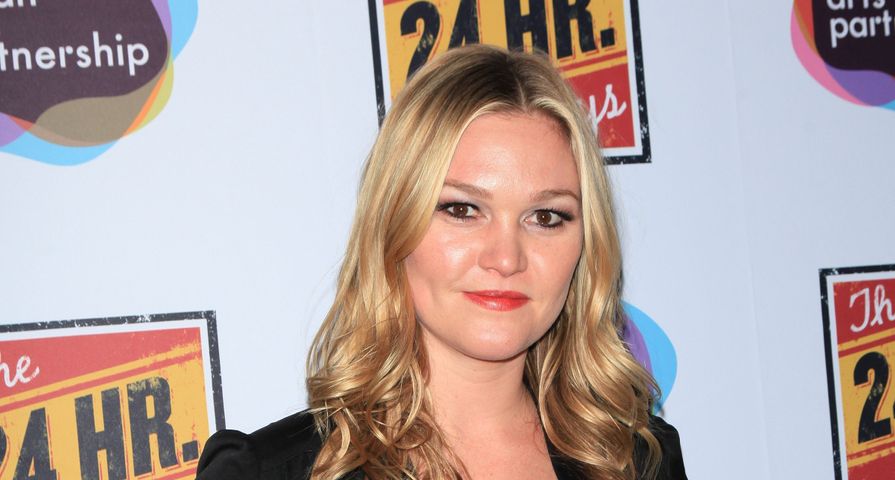 Cast Of Scream: How Much Are They Worth Now?

Save the Last Dance was so much more than just another romantic comedy or “dance” movie. It was a comment on race, prejudice, and views on these issues in the 21st century. It was a great film and as such debuted at No.1 at the box office, and was fueled by a young, extremely talented cast with the likes of Julia Stiles, Sean Patrick Thomas, and Kerry Washington. Although some have gone on to have prolific careers, other stars of the film have seemingly faded from the industry. Check out how much the cast of Save the Last Dance is worth now!

Estimated Net Worth: $1 Million. Fans of Save the Last Dance will remember Terry Kinney as Roy, Julia Stiles character’s father who she has to live with following the death of her mother. Kinney is actually a very varied actor and has appeared in several movies and TV shows, both before and after his turn in the movie. Kinney has been in The Last of the Mohicans, Body Snatchers, The Firm, Sleepers and starred in the series OZ from 1997-2003. He has also had recurring roles on Canterbury’s Law, The Unusuals,The Mentalist, Being Human and Fargo just to name a few and all of his hard work has earned Kinney a cool $1 million.

Estimated Net Worth: $100 Thousand. Save the Last Dance is actor Vince Green’s most notable project after he appeared as the comedic relief character, Snookie. Prior to the role Green had only two small roles in Chicago Cab, and ER. While he has continued to act sporadically, Green has never hit stardom appearing in things like Everybody Hates Chris, Criminal Minds and Life as an extra or in small roles. Due to the fact his career never really took off, Green now has an estimated net worth of only $100 thousand.

Estimated Net Worth: $100 Thousand. Garland Whitt’s only prominent role was in Save the Last Dance as Kenny, the father of Chenille’s son. He has however been acting since the early ’90s when he first appeared in an episode of The Cosby Show and went on to appear in Law & Order, The Days and Nights of Molly Dodd, and CSI. Since Save the Last Dance he has appeared in NYPD Blue, Training Day, Cold Case, NCIS: Los Angeles and Criminal Minds while also offering his voice for video games. His less notable roles have kept Whitt in the industry, but only earned him a net worth of $100 thousand.

The 10 Richest YouTube Stars: How Much Are They Worth?

Estimated Net Worth: $10 Thousand. Elisabeth Oas played the loyal and hilarious Diggy in Save the Last Dance and while she did a great job, her acting career really faltered having only 8 acting credits to her name in lower-budget films such as Under the City, Witches’ Night, Barefoot to Jerusalem and Into Temptation. She is now also an esthetician and “pelvic messenger” and has an estimated net worth of $10 thousand.

12 Richest Celebrity Chefs: How Much Are They Worth?

Estimated Net Worth: $2 Million. Before she was the “mean girl” Nikki in Save the Last Dance, Bianca Lawson got her first big acting role in 1993 as Megan Jones in Saved by the Bell: The New Class. The gorgeous actress has done well for herself with 51 acting credits to her name, and has appeared in many more notable shows including The Steve Harvey Show, Dawson’s Creek and Buffy the Vampire Slayer. She went on to appear in many films and TV movies and in recent years has been in big shows such as The Secret Life of the American Teenager, Pretty Little Liars, The Vampire Diaries, Teen Wolf, Witches of East End, Rogue and American Horror Story. Her hard work has paid off — she has an estimated net worth of $2 million.

10 Insanely Rich Models: How Much Are They Worth?

Estimated Net Worth: $2 Million. Fredro Starr was of course the notorious Malakai in the film, and has had quite the career in both music and acting. He began his music career back in the early ’90s when he formed the rap/hip-hop group Onyx with their debut album going platinum. After they disbanded, Starr then released three of his own albums. He also began acting in the early ’90s and has appeared in Law & Order, Coach, Light It Up, Moesha, NYPD Blue, The Wire and many others to earn a respectable $2 million.

Estimated Net Worth: $1 Million. Sean Patrick Thomas enjoyed major success in the late ’90s and early 2000s after getting his big break in 1999’s Cruel Intentions. He went on to appear in Dracula 2001 and of course played the lead role of Derek in Save the Last Dance. He has continued to act on the big and small screens, but has appeared more in television in The District, Reaper, Ringer and single episode roles in various series. He is next set to appear in the movie Barbershop: The Next Cut and has made himself $1 million along the way.

Cast Of The Wedding Planner: How Much Are They Worth Now?

Estimated Net Worth: $8 Million. Many forget that the gorgeous and talented Kerry Washington starred in Save the Last Dance as Sara’s best friend Chenille. It was her first big role and led to roles in many more films as well as series. She has appeared in Mr. & Mrs. Smith, Fantastic Four, Boston Legal, Lakeview Terrace, and Django Unchained. Of course now she is the star of Shonda Rhimes’ hit series Scandal, making $80 thousand per episode with an accumulated net worth of $8 million, not to mention she is married to NFL star Nnamdi Asomugha who has his own net worth of $20 million.

11 Insanely Rich Oscar Winners: How Much Are They Worth?

Estimated Net Worth: $16 Million. Before she starred in Save the Last Dance as Sara, Julia Stiles began acting in the series Ghostwriter and in the late ’90s gained stardom thanks to 10 Things I Hate About You, Down to You, and Hamlet. In 2002, she landed a role in The Bourne Identity and has continued bolstering her career with other notable projects such as Mona Lisa Smile, The Prince and Me and the rest of the Bourne series, as well as Dexter and currently has many films in the works. She has done well in Hollywood and has made an estimated net worth of $16 million.