Home » Entertainment » Celebrities » Things You Might Not Know About Michael B. Jordan

Things You Might Not Know About Michael B. Jordan 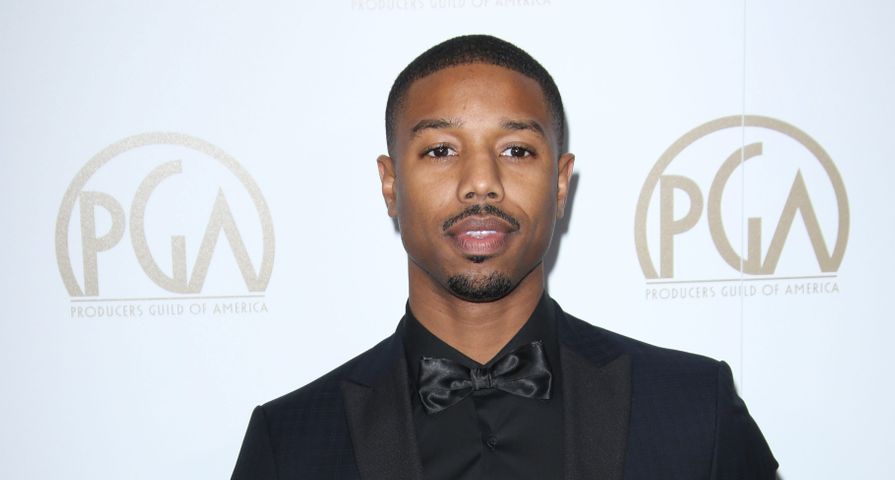 Michael B. Jordan’s star has catapulted into stardom in a very quick way as he has now established himself as one of the hottest and talented young actors in the industry. From television roles in some of the most critically acclaimed series such as The Wire and Friday Night Lights to a starring role in one of the most iconic sports films franchises in Creed, Michael B. Jordan has approached his entire career with nothing but extreme dedication and professionalism. We can only assume it won’t be long before he tops Hollywood’s A-list, so before he gets there, check out 10 things you didn’t know about Michael B. Jordan!

Without a doubt, Michael B. Jordan has had a few major roles already in his career, but he came very close to adding two more to his resume. In 2014, he was considered for the role of Harry Osborn for The Amazing Spider-Man 2 but lost out to Dane DeHaan, and that same year he was up for the role of Sam Wilson/Falcon for Captain America: The Winter Soldier which of course went to Anthony Mackie.

He has already made quite the impression on the industry which has landed him on many “Top” lists for various publications. Nylon Magazine named him one of the “55 Faces of the Future,” and in 2013 he was on various “Entertainers on the Rise” and “Top 10 Actors to Watch” lists. He has also been featured on The Root’s list of “The 100 Most Important Black Influences Between the Ages of 25-45,” and was on Time Magazine’s “Top 30 People Under 30 Changing the World.”

Michael B. Jordan began acting back in 1999, making his first on-screen appearances in The Sopranos and The Cosby Show. It didn’t take long for him to then land a minor role on The Wire which then launched his career.

To give him a rounded upbringing, his parents, specifically his mother, encouraged him to pursue many different hobbies which means he can now tap-dance really well. He also recently revealed that one of his favorite things to do in his spare time is to collect graphic novels and admits he “obsesses” over Japanese anime. He is also developing several animated films of his own.

Michael B. Jordan really turned the heads of many in Hollywood after he took on the role of Oscar Grant in Fruitvale Station, a film based on Grant’s real-life killing after being shot by Oakland police. Jordan gave the role everything he had which including spending a lot of time with Grant’s family in the Bay Area in order to properly portray Grant.

He is a very well put together guy who takes pride in a well kept appearance, but in a hilarious interview with Conan O’Brien, he admitted he can’t grow a full beard no matter how hard he tries. He says it just comes in very patchy and even offered to patent Conan’s million dollar idea of “Spray-On-Stubble.”

Needless to say, Michael B. Jordan has been struggling his whole life with sharing a name with the NBA’s most celebrated player, and after beginning his career as Michael Jordan just decided to add the B. to try to stop the confusion. Incidentally his middle name Bakari, is Swahili for “noble promise,” and his parents in no way named him after NBA legend Michael Jordan, he is named after his father, Michael A. Jordan. He has stated that the name actually motivates him more to create his own legacy. “I always wanted my name to mean something based upon the work that I put in. It wouldn’t be just a comparison to that guy, I would have my own legacy.”

It is safe to say no one will ever accuse Michael B. Jordan of being a sell-out in the industry. He got quite candid in a recent interview with GQ when asked about his career. “I’m not chasing money, I’m not chasing fame. I’m out here in my own time doing things that matter to me, and I feel like would matter to people. That’s honestly it. I want to do roles that f–king people think about.”

His favorite actress is Meryl Streep. “Meryl Streep does it for me,” Jordan said when asked who he admires in Hollywood. “She makes it look so easy that it’s like, is she trying right now? It’s so effortless it’s ridiculous.”

Being cast in lead role of Adonis Creed for the Rocky spin-off Creed, co-starring alongside Sylvester Stallone, Jordan gave his absolute all to the role. He went on one year of extremely rigorous training and a very strict low-fat diet. He worked out two-to-three times a day for six days a week and would eat every two and a half hours. He also dedicated himself to learning to box and refused to use a body double. “That was him taking real punches,” director Ryan Coogler stated. “He was routinely bloodied, bruised and dizzied.” “He’s the kind of actor who will do anything to find the truest part of a scene,” his co-star added.