Home » Entertainment » Celebrities » Things You Might Not Know About Liam Neeson 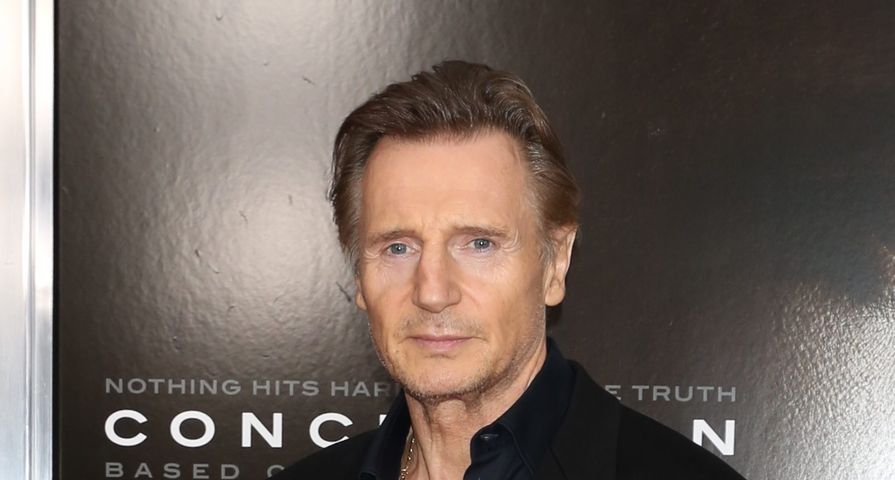 Liam Neeson is an icon in Hollywood. He is talented, personable, funny and extremely down-to-earth, so it isn’t surprising he is a highly sought after actor by many directors. Since beginning his career on film in 1978, he has racked over 110 acting credits and a huge legion of admiring fans. Neeson can take on any role from comedy to romantic to action, and excels every single time. Despite being one of Hollywood’s most popular men, he is still very good at staying out of the spotlight, so we decided to get to know him a little better with these 10 things not widely known about the handsome Irish star.

Liam John Neeson was born on June 7, 1952 in Northern Ireland to Katherine “Kitty” and Bernard “Barney” Neeson, who named their son after the local priest. Neeson was the only son born into the family with two older sisters, Elizabeth and Bernadette, and one younger sister, Rosaleen.

After completing high school, Neeson enrolled at Queen’s University Belfast in 1971 as a physics and computer science student. His original plan was to become a teacher and he did attend two years at a teacher training college in Newcastle upon Tyne, England, before returning home.

Neeson took an interest in acting from a young age beginning with landing the lead in a school play when he was 11, which he said he only did because the girl he liked was also starring in it. Regardless, he continued in many of his school’s productions right through his high school years. He was also strongly influenced by minister Ian Paisley who Neeson would sneak in to see. “He had a magnificent presence and it was incredible to watch him just Bible-thumping away… it was acting, but it was also great acting and stirring too,” he said. After leaving University, Neeson began getting more serious with acting by joining the Lyric Players’ Theatre in Belfast and in 1980 was discovered by filmmaker John Boorman.

One of Neeson’s first interests was in boxing after he took up lessons in the sport when he was only nine years old at the All Saints Youth Club. He went on to become Ulster’s senior boxing champion, and at age 15 got his nose broken. It wasn’t until he had a brief blackout after a fight when he was 17, however, that he decided to give up boxing for good because of the damage it could cause him.

After leaving University, Neeson found himself working a few odd jobs which ranged from a truck driver to a fork-lift operator at one of Ireland’s most-well known places, the Guinness brewery.

Liam Neeson has had no problem finding big and lucrative roles, but he has missed out on quite a few as well. In 1995 he was one of a few considered to take on the role of James Bond for GoldenEye, but it went to Pierce Brosnan. He was also up for the role of Van Helsing in 1992’s Bram Stoker’s Dracula and really wanted the role, but was turned down once Anthony Hopkins revealed he wanted the part. Neeson also revealed that one of his most embarrassing moments in his career was in 1987 when he auditioned for the role of the giant Fezzik in The Princess Bride. According to Neeson, director Rob Reiner looked disgusted when Neeson came into audition and realized he was “only” 6’4,” leaving the role to Andre the Giant instead. He was also the frontrunner for Steven Spielberg’s Lincoln, but after delays with filming, Neeson thought he was too old once shooting actually began and the role went instead to Daniel Day-Lewis, who won his third Oscar for the part.

After his wife Natasha Richardson’s tragic death in 2009, Neeson began drinking rather heavily, but in 2013 he made a decision to get better and quit drinking. “I was just — I was drinking too much. It started since my wife died,” he explained in an interview in 2014. He added that after being offered more action roles following the success of Taken it was time for a “change.” Earlier in his career he quit smoking as well after being quite a heavy smoker for many years.

Liam Neeson and Natasha Richardson were one of Hollywood’s most loved couples after they married in 1994 and until her sudden death in 2009, and as such, many have forgotten about Neeson’s other high profile relationship. In 1980, Neeson met Helen Mirren on the set of Exaclibur, and the two stars went on to date for four years and even lived together before their growing careers separated them in 1985.

Neeson created controversy in early 2015 when he spoke out about the proliferation of firearms in the U.S. He called U.S. gun laws a “disgrace” and was instantly criticized for being a hypocrite because of his character’s gun use in his action films, but Neeson responded with, “watching cowboy movies did not turn me into a killer.” As a result, U.S. gun manufacturer Para USA, which provided the weapons for Neeson’s Taken series, released a statement refusing to work with the actor: “We will no longer provide firearms for use in films starring Liam Neeson and ask that our friends and partners in Hollywood refrain from associating our brand and products with his projects.”

Liam Neeson is a big, tough guy both on-screen and in real-life, but even he has some very serious fears. He suffers severely from acrophobia which is a fear of heights and even told Jay Leno, “I get a dizzy on a thick carpet.”