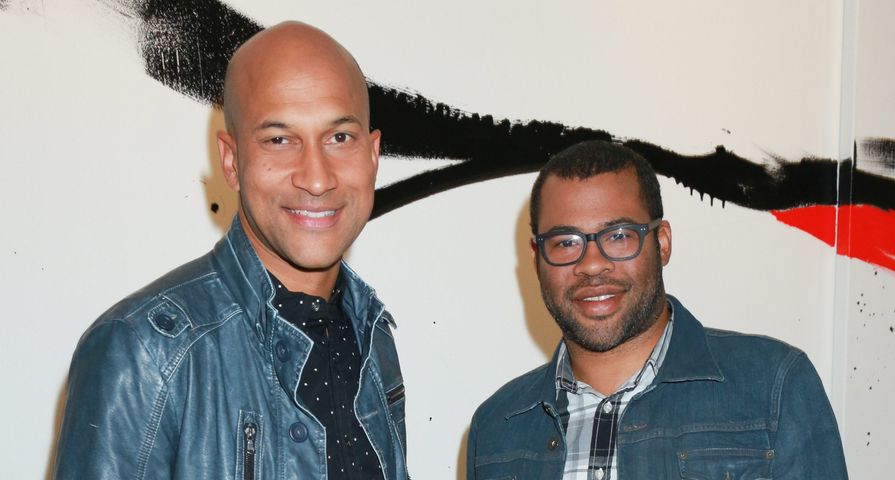 Keegan-Michael Key and Jordan Peele, who have aptly titled their popular half-hour sketch show Key & Peele, might just be the reigning BFFs of comedy right now. The fifth season of their hilarious show premieres Wednesday, July 8 on Comedy Central — and given the clips that are already available online, Key and Peele promise to keep skewering politics, culture and general nerd-dom. Here are 10 things you didn’t know about the guys and their show.

10. Even President Obama is a fan

President Barack Obama probably doesn’t have much time to watch TV, but when Key & Peele’s “Anger Translator” sketch went viral back in 2012, the President took notice. In the sketch, Peele plays Obama and Key plays Luther, a man who translates Obama’s calm, reasoned answers into the hysterical, emotional things he might be thinking on the inside. Key and Peele were invited to meet the President, and at this year’s White House Correspondents Dinner, Obama even told some jokes with Key playing Luther behind him.

9. The Obama meeting inspired another sketch

When Key and Peele got to meet President Obama after their sketch about Luther, Obama’s “Anger Translator,” became popular, Peele noticed something interesting about the President: he greeted white and black visitors differently. While black people got a casual, informal greeting with back-slapping hugs and fist bumps, white people would receive brief head nods and formal handshakes. This interaction inspired Key and Peele to write a sketch called “Obama Meet & Greet,” which aired in the fall of 2014.

8. They starred together on MadTV

7. They met in Chicago

Key and Peele were both performing at the Second City theater in Chicago when they first met. “We fell in comedy love,” Key explained to Jimmy Kimmel when the duo appeared on his talk show in September of last year. Peele chimed in: “The first time I saw him, he was doing his Coach Hines character, which he did on Mad TV.” They say that they performed a night apart from each other and were mutually impressed. The guys also explained that this was also when Key perfected his signature kick move, which involves him throwing his entire lower body into spirited kick when something “is not funny enough.”

Key and Peele are both up-front about their nerd status. They geek out over Game of Thrones, and have even confessed to The Daily Show‘s Jon Stewart that they bonded over their shared love of Star Trek: The Next Generation. Peele also told NPR that President Obama’s election was the best thing that could happen to black nerds. “Up until Obama, it was basically Urkel and the black guy from Revenge of the Nerds — Lamar,” Peele said. “Other than that, we had no role models. So he made us cool.”

We think Peele’s Obama impersonations are genius — and so did the people at Saturday Night Live. Around the time of the 2008 Presidential election, Peele auditioned to play Obama on SNL (he had already done some Obama stuff on MADtv), but ultimately had to turn down the gig because the schedule conflicted with his job at MADtv. Peele told NPR in a 2013 interview that turning down SNL was “the biggest blow in my career.”

4. They’re making a movie based on the sketch “Substitute Teacher”

In March 2015, it was announced that Key and Peele will produce and star in a movie for Paramount based on their Key & Peele sketch “Substitute Teacher.” Key will reprise his role as the title character, a substitute teacher who’s used to teaching in a bad neighborhood and isn’t prepared for his obedient, suburban class. Peele will play a rival teacher in the script written by Rich Talarico and Alex Rubens, who are co-producers on Key and Peele.

3. Peele wants to be a horror director

Peele is clearly a master at comedy and impersonations, but he has another love: horror films. We’ve seen Key and Peele’s love of movies in their Liam Neesons sketch, about two valets who are  obsessed with film, but Peele said in a 2014 interview with Playboy that he’s long wanted to direct a horror film. He’s currently working on one called Get Out, which he intends to be “one of the very, very few horror movies that does jump off of racial fears…specifically, the fears of being a black man today.”

2. Key & Peele could have been called Beige

Because they do a lot of jokes and sketches about being biracial, Key and Peele originally considered calling their show Beige. However, they ended up just going with a straightforward title based on their last names because as Peele explained in an interview with The AV Club, “it felt stupid, because we were trying too hard,” adding, “You don’t want to try to get a laugh in the title.”

1. They compare their partnership to marriage

“It was creative love at first sight,” Key told Cosmopolitan in a recent interview. “A mutual friend, [K&Pproducer/writer] Rebecca Drysdale, introduced us. We all went out to a diner. Then I went home and told my wife I was in love.” He continued: “Our I-dos have been to comedy. It’s a ménage à trois. One of our vows has been to forsake all others for comedy. By ‘all others,’ I mean our egos. You’ve got to ask yourself every day, Am I being petty? Why am I arguing? It’s the same thing in a marriage.”