10 Celebrities Who Eloped In Las Vegas 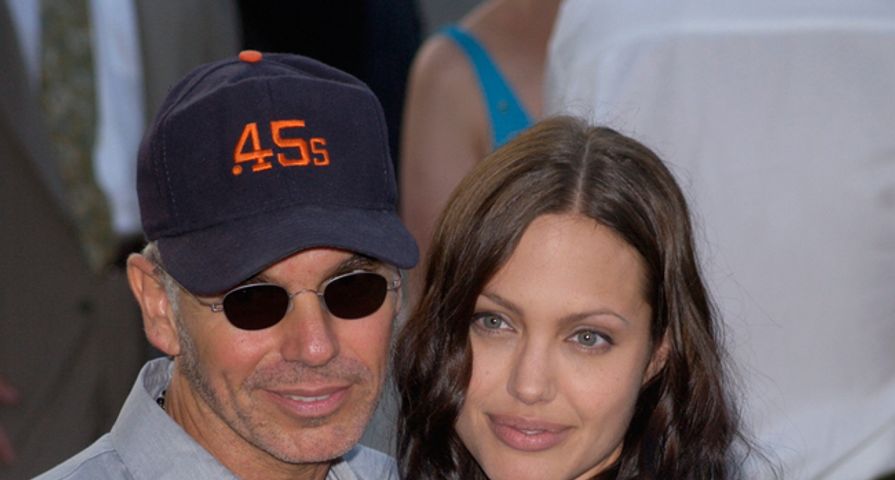 Many people scoff at the idea of getting married in Las Vegas, but not celebrities! Some of them rush off to Vegas to get hitched in the most impulsive of ways while others just want to get married fast – and stay married. We have a list of celebrities who ran off to Vegas to tie the knot. While some of them are still married, many of them (unsurprisingly) are not.

Pamela Anderson and Rick Salomon were married twice, once in September 2007 and then again in 2014 (or around that date). The first time they tied the knot Las Vegas at the Mirage Hotel in between Anderson’s nightly appearances at the Planet Hollywood Resort and Casino in Hans Klok’s magic show. Five months later, she requested that the marriage be annulled, citing fraud; however, six years later, she announced that she and Salomon were married again, but then filed for divorce from him February 2015. Hopefully this time they’ll stay divorced!

Michael Caine fell in love with Shakira Baksh after seeing her in a Maxwell House coffee commercial in 1971 and managed to track her down! She was living just a few miles away from him in London. Two years later, they were married in Las Vegas on January 8, 1973 and are still together more than forty years later. They have one daughter, Dominique, who was named after the heroine in Ayn Rand’s The Fountainhead.

Jon Bon Jovi and his wife of almost three decades Dorothea Hurley were high school sweethearts who eloped in Las Vegas in 1989 and were married by an Elvis impersonator. Bon Jovi had been taking a break from his band’s New Jersey tour when the couple decided to get married and it was so spur of the moment that they didn’t even have rings! No one was very happy about the marriage at first. He got heat from his parents and from the band’s manager, but Bon Jovi didn’t really care what anyone thought.

Back in November 1998, Carmen Electra and Dennis Rodman reportedly decided to get married after a late-night bender in Vegas. They were married at 7 a.m. at Las Vegas’s Little Chapel of the Flowers without a prenuptial agreement. Nine days after their quickie wedding, Rodman filed for an annulment, claiming that he was of an unsound mind when they got married – but then had a change of heart. The couple reconciled and spent New Year’s Eve together, but then agreed to end the marriage four months later.

Demi Moore and Bruce Willis were married at Las Vegas’ Little White Chapel in November 1987 and the reverend who performed the service didn’t even realize who the couple was until one of her coworkers pointed it out afterwards! Bruce and Demi were one of the super couples from the ‘80s and ‘90s and they managed to keep their marriage going for over a decade until they separated in 1998 and then divorced in 2000.

Kelly Ripa and Mark Consuelos eloped in Las Vegas back in 1996. The couple certainly didn’t have a long engagement and had actually been broken up prior to them getting engaged. “We went for a walk in the park. I convinced her to come back to my apartment,” Consuelos said. “We had pizza and wine and I asked her to marry me.” She said yes and the two headed to Vegas the next day and were married! Twenty-one years later and the two are still going strong!

Angelina Jolie and Billy Bob Thornton were married at the Little Church of the West chapel in Las Vegas on May 5, 2000. Given that she wore a pair of jeans and a sleeveless grey top and he wore a printed shirt, a pair of black slacks and a trucker hat, it’s not surprising that the marriage didn’t last. They had only been dating two months prior to their Las Vegas wedding, and they separated two years later.

Richard Gere and Cindy Crawford acted on impulse when they flew to Las Vegas and exchanged aluminum foil rings on December 12, 1991. Surprisingly, their marriage lasted four years; however, it was anything but easy because their work often took them to separate parts of the world. When they filed for divorce four years later, Crawford quickly moved on with Rande Gerber, who she is still married to, and he began a relationship with Carey Lowell, who he married in 2002 and then separated from in 2013.

Leah Remini and Angelo Pagan were married by poolside at the Four Seasons Hotel in Las Vegas on July 19, 2003. The couple had been dating for six years prior to their wedding, so their trip to Vegas was anything but impulsive. Even now, more than fourteen years after they first exchanged vows, they are still going strong!

The-Dream and Christian Milian quietly eloped in Las Vegas on September 9, 2009 and then were married a second time in Rome in December. Two days after their first wedding, the couple announced that they were expecting a child together, which may have been the reason they decided to get married. Either way, the marriage was short-lived. They separated less than three months later and then announced that their marriage was over in July 20 as pictures of The-Dream frolicking with his assistant in the Caribbean surfaced.