Bold And The Beautiful Spoilers For The Week (September 9, 2019) 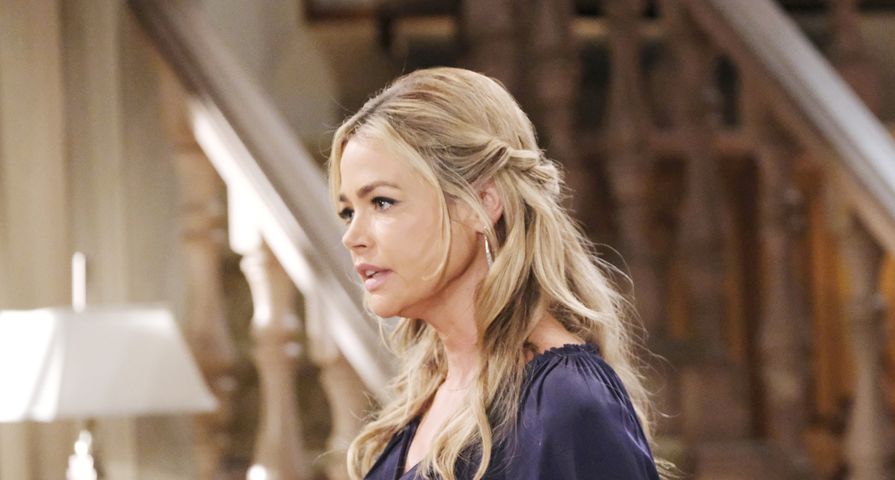 Brooke will make her feelings about Thomas unmistakable to Ridge, which will result in an epic argument between the two, this week on the Bold & The Beautiful (B&B). Also, Steffy returns and unleashes her fury against both Thomas and Flo. And a drunken Ridge will encounter an appreciative Shauna at the Bikini Bar. Plus, a sneak peek at next week. Learn more below in the B&B spoilers for the week of September 9, 2019.

Spoilers tease Steffy will finally return this week and rage against Thomas for all the damage he’s caused. She is still absolutely devastated at losing her adopted daughter Phoebe and feels betrayed by all those who kept the baby Beth secret from her. But there are two people she’s most angry with and the first one is Thomas. Steffy will let loose on her brother, telling him she can’t believe he would keep such a life-altering secret like that from his own sister. Thomas will apologize, but it will it ring as hollow as when he apologized to Hope?

Once Steffy is through with Thomas, rumor has it she will set her sights on Flo. She will pay Flo a visit at the prison and spoilers tease she will give it to her good. Steffy unleashing her fury on Flo has been long overdue and something that viewers have been waiting weeks for. Watch for this very satisfying scene on Tuesday.

Jeremy Ray Valdez will also be back this week, as Detective Alex Sanchez, on September 9 and 10. Spoilers show that Ridge will try to make a deal with him for Thomas’ freedom. And it looks like he’s also going to hold the keys to Flo’s future as well. Ridge will tell Flo he’ll bail her out if she promises to keep her mouth shut about Thomas’ part in what happened to Emma. Flo will agree to it and will be freed from jail, for now.

Other B&B spoilers indicate Brooke and Ridge will get into a huge argument this week over Thomas and Douglas, as Henry Joseph Samiri returns on September 10. Once Ridge tells Brooke about the deal he made for Flo and Thomas, Brooke will be outraged. She is going to rant about Thomas and Flo escaping justice because of him. But she will also tell her husband she doesn’t think Thomas is a fit parent and shouldn’t be caring for Douglas. Will she suggest Douglas be sent to New York so Karen and Dani can take care of him? Or, even worse, will Brooke tell Ridge she thinks Hope and Liam should have custody of the boy?  Their epic argument will result in a furious Ridge storming out of the house.

Sally will remind Wyatt of her self-worth this week. Spoilers tease that she’s going to show Wyatt what she’s made of. She won’t let him forget that she’s a Spectra and although she’s forgiven him for dumping her, he’s still got a long way to go to make it up to her.

4. Sally Lets Flo Have It

After Ridge bails out Flo, with her promise that she won’t blab to Detective Sanchez about Thomas’ possible role in Emma’s death, Flo will face the wrath of yet another angry woman this week. Rumor has it, Sally will overhear Flo’s plan to get Wyatt back she will let her have it with both barrels. She will go off on Flo for conning the Forresters, the Logans and Wyatt and she’ll tell her if she thinks she’s going to reunite with Wyatt, she’s got another thing coming.

Brooke will be furious when Shauna pays her a visit this week. Shauna wants to thank Ridge for bailing out Flo. She is also hoping the Logan women will forgive her daughter and welcome her back into the fold. But that isn’t going to happen anytime soon if Brooke has anything to do with it! Shauna will show up just after Ridge has stormed out of Brooke’s house and she won’t stay long when she finds out Ridge isn’t there.

Spoilers tease Shauna will saddle up to an extremely drunk Ridge at the Bikini Bar. She’ll be eager to show her appreciation to him for providing her daughter Flo with a get out of jail free card. Ridge will be drowning his sorrows after having just walked out on Brooke after their huge argument. He is upset with his wife for her negative attitude toward Thomas and her anger with him for bailing out Flo to protect his son.

The repercussions of Ridge’s drunken Bikini Bar debauchery are going to be tremendous. Rumors have been running rampant about Ridge cheating on Brooke and it seems clear he’s going to (or he’s going to think he cheated). Spoilers tease that after hanging out with Shauna at Bikini Bar, a hungover Ridge will wake up in bed with her the next morning. But will he sleep with her? Or will he have no memory of what happened, and Shauna will imply that they did the dirty deed? At the same time, Brooke will turn to Eric for comfort. And other spoilers indicate tragedy will strike Bill and Katie next week. Could it have something to do with their son Will? Stay tuned!