Bold And The Beautiful Spoilers For The Week (January 3, 2022) 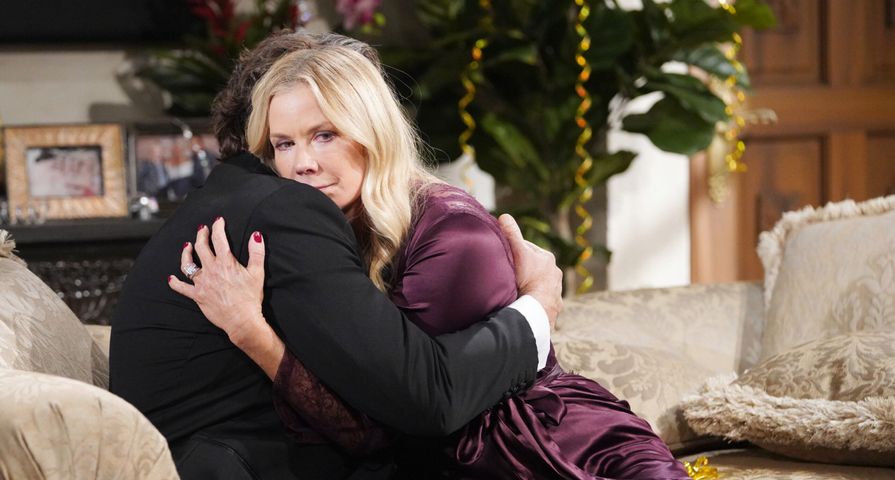 Brooke will wake up on New Year’s Day filled with regret, coming up this week on The Bold And The Beautiful (B&B). Also, Paris will clarify to Carter why she kissed him on New Year’s Eve. Plus, Taylor will be alarmed by Sheila’s seething hatred for Brooke. Learn more below in the B&B spoilers for the week of January 3rd, 2022.

Paris will clarify to Carter why she kissed him at the office on New Year’s Eve. But will she admit that she’s felt an attraction to him for weeks now? Viewers know Paris managed to avoid Zende’s proposal because Carter texted her about it. She stopped Zende in his tracks when she told him she was glad they were keeping their relationship casual.

8. Will Brooke Ever Learn?

After breaking her sobriety on New Year’s Eve and kissing Deacon, she’ll wake up next to him in the morning. A horrified Brooke will realize history is repeating itself and she’ll tell Deacon he’s not to set foot in her house ever again. Of course, she also has no idea the reason she was drunk in the first place was a set-up, courtesy of Sheila. But is Brooke going to come clean to Ridge about what really happened while his plane was grounded?

Ridge will be highly concerned when he comes home and finds out Deacon was in his house on New Year’s Eve. He’ll grill Brooke for the details and ask her why she would even invite him over. Of course, Brooke will use the excuse that Deacon was there at Hope’s request. However, will she admit that he returned after Hope left? Not likely!

Hope will be flabbergasted when Deacon tells her he is no longer welcome at Brooke’s house. This is something Hope won’t see coming. She and Liam just spent a pleasant New Year’s Eve with Brooke and her father, so she won’t understand what has motivated her mother to suddenly proclaim Deacon to be persona non grata.

Ridge and Hope will be stunned when Brooke tells them she fell off the wagon on New Year’s Eve. She’ll admit she felt a little buzzed from the non-alcoholic champagne. And when she realized Ridge wasn’t going to make it home, she poured herself some shots of vodka. Brooke will tell them she’s ashamed of what she did.

4. Sheila Reaches Out To Taylor

B&B spoilers tease that Sheila will still be so furious with Brooke that she’ll reach out to Taylor. She won’t realize yet how successful her New Year’s Eve plan was. So, Sheila will feel she needs an ally to take Brooke down — and who better than Taylor? Although Taylor was kind enough to convince Steffy to invite Sheila over for Christmas, it seems unlikely she’ll want to join forces with her.

When Sheila expresses her searing hot hatred for Brooke, Taylor will become troubled. Ms. Carter will tell the psychiatrist about her run-in with Brooke and how much she detests her. She’ll also rant and rave about the woman she considers a tramp. Taylor had truly hoped Sheila had changed, but she’ll begin to doubt her instincts.

B&B spoilers tease that Deacon will try to find out what really happened to Brooke on New Year’s Eve. He’ll ask around at Il Giardino’s about the non-alcoholic champagne that was delivered to Brooke’s house for New Year’s. It was obvious to Deacon when he showed up looking for his phone that Brooke was buzzed, but will he uncover that Sheila was responsible for Brooke breaking her sobriety?

Brooke will find herself craving a drink and she’ll admit to her husband that she has a problem and needs help. The Forrester CEO will throw his support behind his wife one hundred per cent. Ridge will even offer to go with her to an AA meeting. But will Brooke continue to hide the fact that she played kissy face with Deacon on New Year’s Eve? Keep watching B&B to find out!