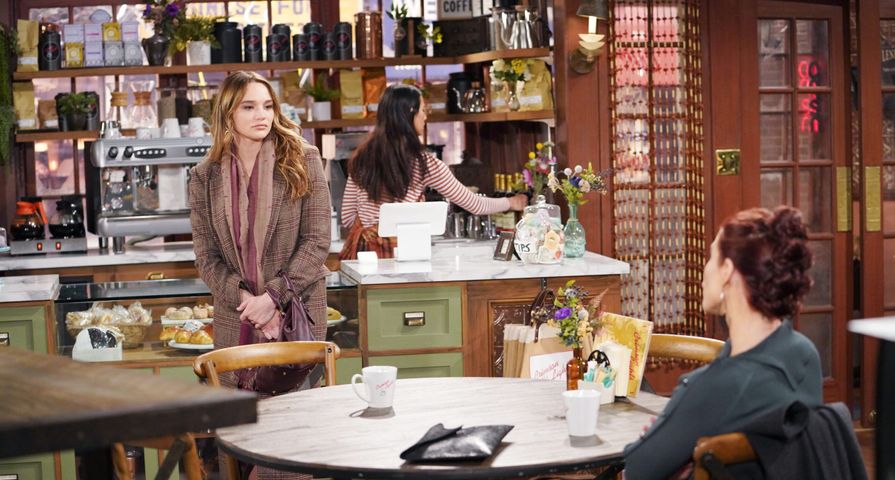 Pre-emptions have interrupted Young and the Restless (Y&R) storylines as of late; however, now that the impeachment trial of former president Donald Trump is over, fans can go back to enjoying their favorite soap opera, again. What’s on tap in Genoa City over the next couple of weeks? More romance, conflict, and drama! Below are some Y&R spoilers for February 15 to February 26, 2021.

Y&R spoilers reveal that Sally and Jack could make a romantic connection this coming week. Will the two lock lips, or will something more happen? Could Jally be Genoa City’s next big power couple? In other related teasers, Jack will feel the need to defend Spectra, the week of February 22nd.

Across town, Y&R spoilers reveal that Kyle will confess something to Summer. Seems as if he’ll let her know that he could have a child with a former flame from New York. Added teasers for the week of February 22nd suggest that Abbott will be doing all he can around damage control. Has Sally and Theo unleashed his “secret” for all to hear?

Thanks to pre-emptions, Valentine’s Day celebrations have been pushed back in the land of Genoa City. This week, Amanda and Devon meet up for an evening together, and the two hit the sheets. Great news for Demanda fans; however, there’s still that little issue of him sleeping with this ex that he’s hiding. In other Amanda news, she’ll reconnect with bio mom Naya this week, and their encounter will be a positive one!

Y&R spoilers for the week of February 15th indicate that Elena will confess her night with Devon to Nate. Hastings will notice something is “off” between them during their romantic getaway, and he’ll poke her until she reveals all. As the days go by, Elena will make amends. With recent Y&R firings on the horizon, could she be the next character to exit and leave town?

8. Shey On The Rocks

Across town, Y&R spoilers indicate that Rey will want answers from Sharon. He’s not overly thrilled she’s helping Adam out with Chelsea, and he could be reaching his boiling point. As the days go by, added teasers for this week hint that Adam will poke at Rey, which could cause Rosales to explode. Spoilers for the week of February 22nd imply that Shey’s marriage will hit a rocky patch.

Speaking of Adam, Y&R spoilers for the week of February 22nd imply that he and his dad will decide to clean the slate once again and start a fresh chapter. Can the Moustache and his son finally make amends and move forward with a healthy relationship? It would be nice to see these two on the same page.

Will Adam be around when Nick pops in this week to visit Chelsea? Y&R spoilers don’t go that deep into the scenario; however, Nick will offer his support to Lawson and see how she’s doing. In other teasers, Phyllis will help put Newman in the right mood for Valentine’s Day. Between Faith, Chelsea, and Adam, he’ll need some inspiration.

While on the topic of Faith, Y&R spoilers indicate that her shenanigans might be on Nick’s mind in the coming days. Does he find out that she’s drinking again? Meanwhile, added teasers for the week of February 22nd hint that Faith will challenge her dad. Does she remind him of his young past, or does she continue to try and push the boundaries he and Sharon have put in place?

More Valentine’s Day fun, as Billy and Lily plan something special. Here’s hoping it isn’t too big, as Y&R spoilers indicate that his ex, Victoria, will try to crash their celebration. Seems as if Vic will have an epiphany in the coming days, and realize she wants Billy-boy back. How will Victor react when he realizes what Vicky is up to?

Victoria better tread lightly since Lily might not be so ready to hand over her happiness with Billy. Y&R spoilers for the week of February 22nd suggest that Lily will voice a concern. Will she see through Vic’s little games? Will she bring it up to Billy? If she does, will Billy fluff Winters off, or see Lil’s point of view?

On to some feel-good spoilers, as Mariah will prepare for her surrogacy journey this week. With that said, added teasers hint that there could be questions about Tessa’s support that arises in the coming days. There are still some Y&R characters who could hit the chopping block due to cutbacks and suffer the same fate as Chance. Is Tessa one of them?

1. Don Diamond Returns To The Y&R

Last, but not least, actor Don Diamont (ex-Brad) is set to return to the Y&R this week as part of the crossover storyline with the Bold and the Beautiful. He’ll be playing Bill Spencer; however, fans should expect some tongue-in-cheek humor around Brad Carlton’s past in Genoa City. Should be fun to see Don back!