Young And The Restless Plotline Predictions For The Next Two Weeks (September 13 – 24, 2021) 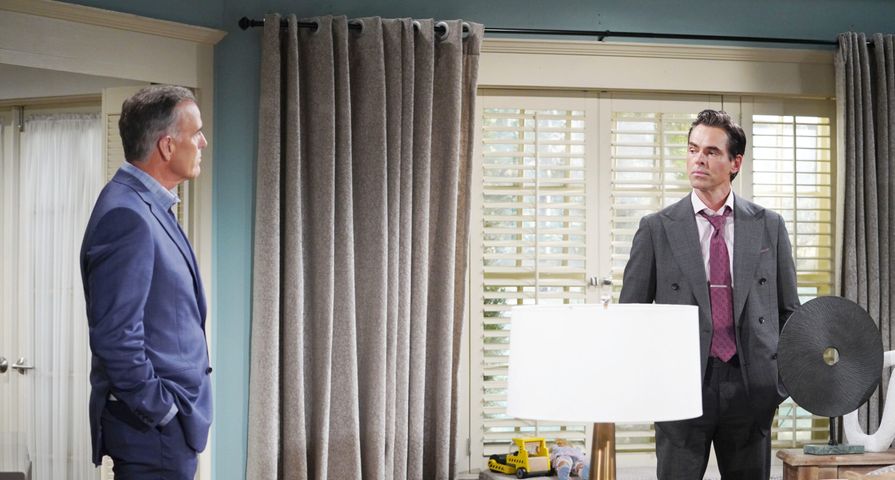 What’s going on with Ashland Locke? Will Billy expose him over the next couple of weeks? What about the drama between Mariah and Abby? There’s nothing Young and the Restless (Y&R) fans love more than speculating about storylines! As such, below are some Y&R plotline predictions for September 13th to September 24th, 2021.

12. Time For A New Abbott Feud

For the longest time, Ashland Locke was focused on ruining Kyle Abbott’s life. Now that he’s moved on from that, a new Abbott (and feud) is emerging. This week’s Y&R preview video reveals a heated confrontation between Billy and Ashland. Abbott will not back down on his investigation, and Locke will warn him about having a possible target on his back. Sounds like there’s a new feud on the horizon.

11. Nick and Victor Partner Up

Seems like Billy-boy Abbott will continue to dig and there’s a good chance he’ll find something very incriminating on Ashland. Will he reveal what he’s found to Victor and Nick, or does he simply publish it in a story for all to see? Nick and Victor will partner up to protect Victoria, so perhaps they’ll try to stop Billy before Vicky can see anything.

Ashland will confess something huge to Victoria, but will he be truthful about it? Last week, Billy noted that there is no record of the Locke-Ness Monster before he hit 20 years of age. So how can this all be? What’s his major confession? Did he have to change his identity for some reason? Perhaps his bio parents were locked away in a witness protection program, while he decided to stay out of hiding and start a new life.

Some doubts are sure to seep into Victoria’s brain at this point. With the news of his mentor being revealed, and now Ashland’s confession, will Vic follow her instincts? She has gone way too fast with this relationship, so she could backpedal a bit. But will she cancel the wedding? Could she decide to push the date back?

Victor will support Vicky during the week of September 20th. Does he “support” her decision to cancel the wedding, or will he agree to “support” her choice to stay with Ashland, despite all the red flags waving everywhere? Maybe Victor will take Locke’s confession this week at face value.

7. Lily Has Had Enough

If Billy publishes an incriminating article on Ashland this week, Lily may decide it’s time to end things with Abbott. She’s had red flags of her own as it relates to her boyfriend, and believes his problem with Locke has more to do with Victoria than anything else. Lily may believe “enough is enough” with Billy at this point.

Looks like Mariah will continue to struggle with fears about Stitch returning. Could this be a “hint” that the not-so-good doctor will come back? Copeland’s fears aren’t that outlandish. After all, he’s escaped custody and is looming in the shadows somewhere. Mariah’s dealing with a lot right now. With that said, could a decision this week turn things upside down for her, Tessa and Abby?

Baby Dominic’s christening will take place this week, and there’s a good chance that Abby will ask both Mariah and Devon to be godparents. But could she only ask Devon, considering her “concern” about Copeland’s bond with the baby? This may upset Mariah. After all, she not only sacrificed her life for nine months, but she was also kidnapped because she was carrying Abby’s child. Mariah will come to a decision this week. Could she get so offended by being sidelined as Dominic’s godmother that she decides to move out of the mansion?

With Nina only “here and there”, Mariah and Tessa gone (possibly this week), both of her parents living their own lives, and still no Chance, could Abby fall into a depression? Postpartum depression can occur in new moms because of all the hormones after having a baby; however, lack of sleep and the isolation of being cooped up in a house with a new baby can also stir up emotions.

Y&R spoilers this week note that Chelsea will give Adam an ultimatum. Will she talk to Connor on her own and find out that Sharon is/will be helping him? They have resolved a lot of past issues, but she still might not like the idea of Sharon being in their lives. Could this be about Sally? Could Chelsea make it crystal clear that he keeps Spectra away from Connor?

Sounds like things are going to get awkward between Phyllis, Nick and Jack. A weekly Y&R preview video indicates that Nick will question how Jack views his relationship with Phyllis. Looks like this will catch Abbott off guard. Poor Jackie can’t catch a break when it comes to romance lately, but Phyllis also overstepped boundaries by keeping him away from Spectra. Will Jack ever find someone who loves him the way he deserves?

Lastly, Amanda will receive an unexpected invite during the week of September 20th. Could this be a job opportunity? Will Victor reach out? He’s been pretty fond of Sinclair and also helped her get to the bottom of things with her grandfather. Maybe she’ll get invited out for drinks with Billy. He might need a friend after Lily dumps him! Perhaps this has to do with her bio family?