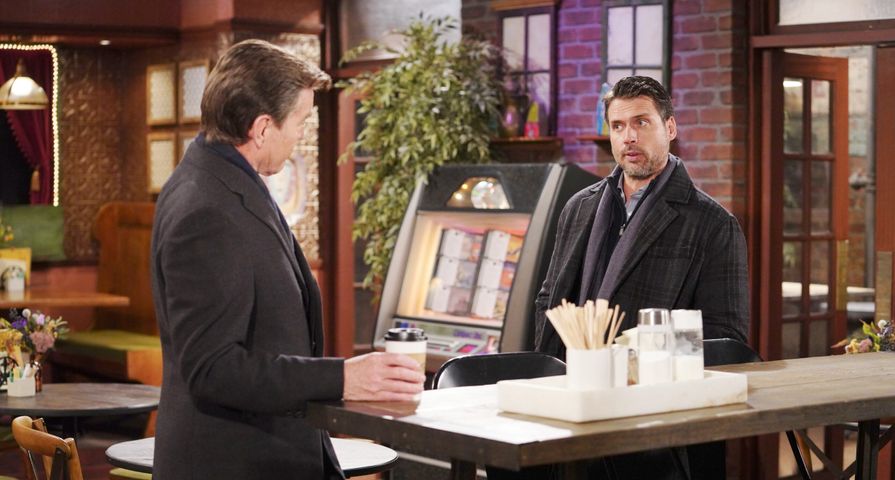 Time for Young and the Restless (Y&R) fans to gear up for some drama over the next two weeks! The Skyle engagement party will prove to be explosive! But will the aftermath around it change life in Genoa City forever? There’s nothing fans love to do more than speculate on storylines. As such, below are some Y&R plotline predictions for May 17th to May 28th, 2021.

12. The Skyle Engagement Party Will Explode

A Y&R weekly preview video reveals that Tara and Harrison will crash the Skyle engagement party. Seems as if the two will do this “accidentally”; however, there may have been prompting involved. Sally and Summer will have a confrontation about this that turns ugly. Will Sally ask Tara to drop by Society for some dinner, knowing that she’ll have her little boy in tow (and knowing the drama it would cause)?

Despite the awkwardness of Tara and Harrison dropping by, Y&R spoilers note that Kyle will continue to lie to his dad, Jack. This means he won’t come clean about Harrison, which is sure to disappoint Abbott once he learns the truth. It will eventually come out, whether it’s from Kyle himself or Ashland/Tara.

As the days go by, Y&R spoilers hint that Ashland and Kyle will have a major confrontation. Ash will be intimidating, but Kyle will hold his own. Does the truth about Harrison come out during this one-on-one? Added teasers imply that Kyle will make a decision, and it’s not hard to see that he could launch a custody lawsuit, looking into visitation rights for Harrison. He may be disgusted by Locke enough that he feels like Harrison shouldn’t be raised by this man as his father.

Meanwhile, Y&R spoilers for the week of May 24th indicate that Sally will make a new alliance. Could it be with Ashland? They both have a hate-on for Kyle and Summer, and their alliance might prove to be mutually beneficial. Could Locke also do something to “take care” of Phyllis? That would make Spectra happy!

Y&R spoilers suggest that Summer will make a choice this week, and stand firm on it. This could go one of two ways. She’ll either dump Kyle and decide to move on, or stand by his side. There’s a 50/50 chance for either, at this point. After all, the two have gone through a lot in the past and have always gotten through it. But, she may also feel as if she’s had “enough” of Kyle’s crap.

The only thing is, Y&R spoilers for the week of May 24th imply a Skyle breakup. It seems that Nick and Jack will butt heads about something. Sounds like Nick might be concerned about Kyle hurting Summer, considering his past. If the couple does break up, the fathers might go at it. Then again, if Skyle stays together, Nick may offer up a warning that all bets are off if Kyle screws this up again.

After everything they’ve been through, could Shey come back together… stronger than ever? Y&R spoilers hint that Rey will make a promise to Sharon this week. Perhaps it’s a vow that involves him never leaving her side again? Or it could be one where he tries to place his trust in her more? Either way, it feels like things might be back on track for this couple.

Perhaps Rey decides to head to Miami for a short trip. Maybe Rey vows that when he comes back, he’ll know exactly the direction he wants to take with this marriage. He may need to clear his head. After all, it could be a huge blow to him that he was so “off” about his poisoning. He’s a cop! Following the evidence and making a conclusion is huge for investigators. He might want some time away from Genoa City because his intuition was wrong.

Chelsea will apologize to someone this week. Sounds like that “someone” could be Chloe. After all, she confessed to Rey’s poisoning without bringing her bestie into the loop. This is the second time Lawson has jumped on an idea and not consulted Chloe. She may feel terrible about what she’s done, but at least Mrs. Fisher isn’t implicated in any of this.

By the time the week of May 24th rolls around, Y&R spoilers suggest that Chelsea will learn her fate. Will she face jail time or more psychiatric evaluations? Either option could be more than she’s willing to give. There’s a good chance Victor comes in for the save with this one. After all, Lawson confessed at the right time. He could make a deal with the judge to go easy on her. She could get off with parole, some therapy and community service.

Just as Adam becomes a free man, Victor and his son will gear up for a fight against ChanceComm. With that said, they may not realize who they are dealing with. Both Billy and Lily are very savvy, and not willing to give up without a fight. In fact, they’ll throw a curveball this week that could take the Moustache back a notch or two.

Abby has been struggling without Chance recently, and she’ll continue to find it hard to deal with all the moving parts in her life without him. Could Chance re-enter the Genoa City picture soon? Or will news hit that he’s MIA? Seems like something final will unravel as it relates to his status, when May sweeps wind down.