Young And The Restless: Plotline Predictions For August 2022 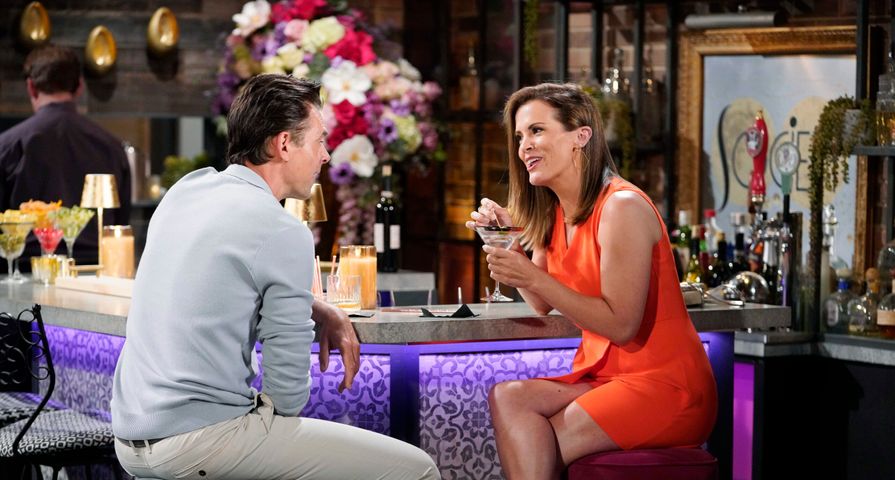 It’s the last month of summer in the land of Genoa City, and it will likely be an explosive one! Is Victor behind Locke’s disappearance? What will happen to Diane? The Young and the Restless (Y&R) fans love to speculate on storylines! As such, below are some Y&R plotline predictions for August 2022.

12. Appearances Can Be Deceiving

It’s absolutely sketchy that Ashland’s body’s gone missing after his altercation with Vic and Nick. Y&R spoilers for early August hint that Victor will try to cover his tracks, and he seems to be involved in some fashion. However, just like many times before, just because it looks like someone’s passed away doesn’t mean they have.

11. What Has The Moustache Done?

How is Victor involved with Ashland’s disappearance? Fans can tell he’s up to something! Did Newman wrangle up the body and move it somewhere (or pay someone to do it)? Could he have resuscitated Locke and confined him somewhere, far away from Vicky? When talking to Chance, Victor didn’t seem overly concerned that Ashland was on the loose. Maybe that’s because Mr. Newman knows exactly where Locke is. 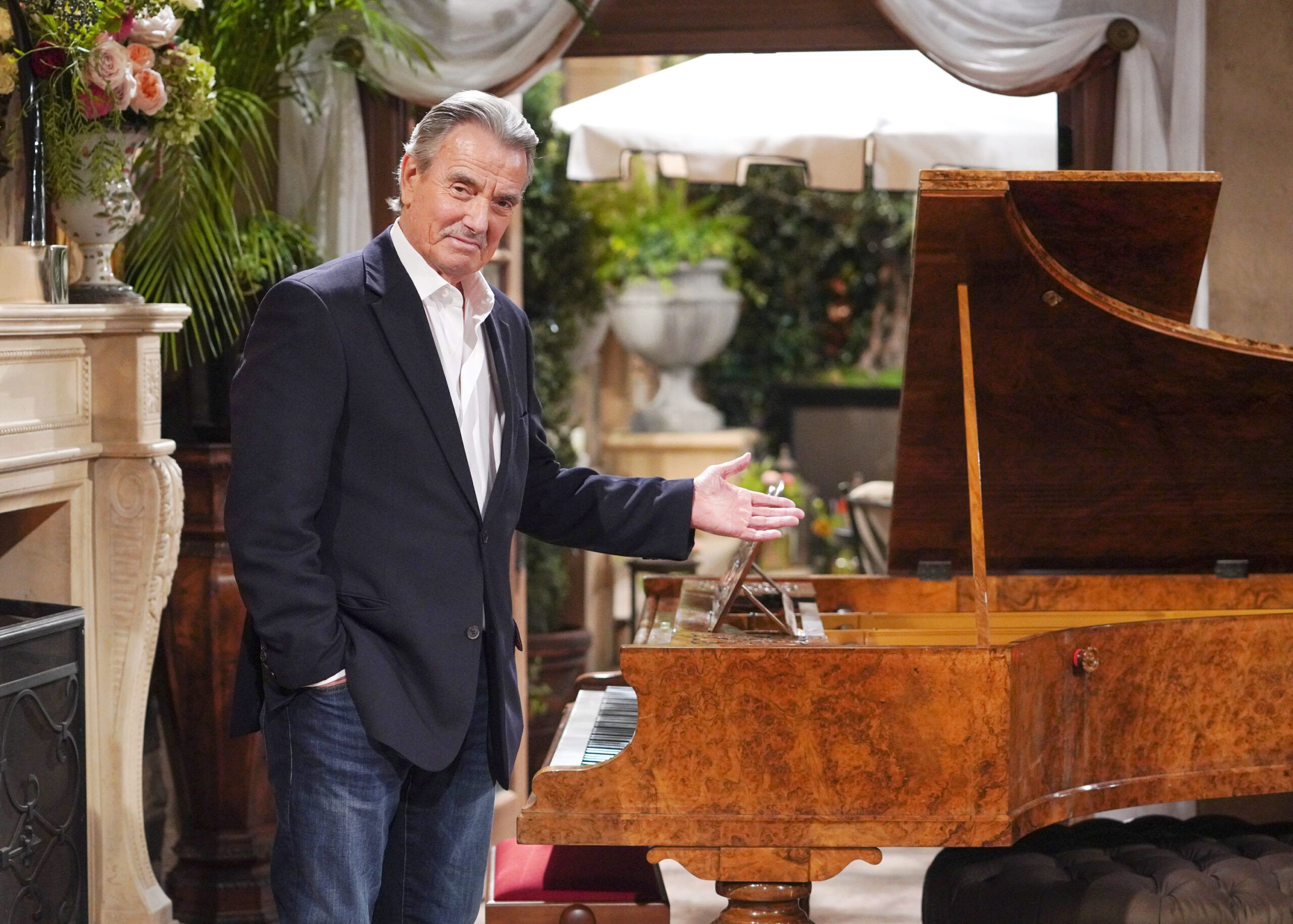 It’s likely that Victor has Locke (alive) and is holding him somewhere. Then again, he may have gotten rid of Ashland’s body to help Vic and Nick with their situation. But what if Ashland pulls a JT Hellstrom and returns? He could stalk his haters, which would include the Newmans, but also Summer, Kyle and Diane. After all, Ms. Jenkins ratted him out to Michael in order to look like the golden mom/grand-mom. So she’s definitely on his list, too. 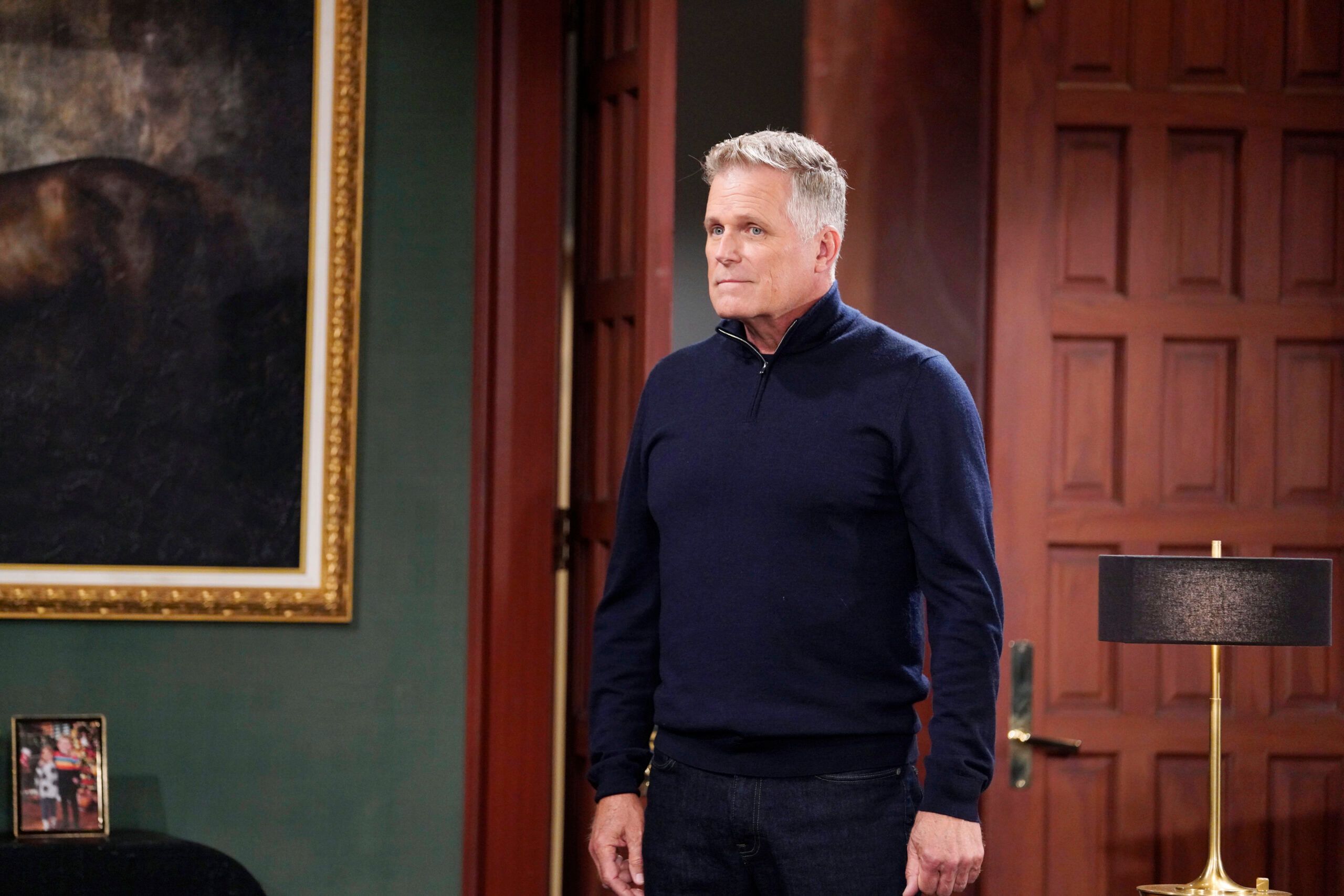 9. Harrison Freaks Kyle and Summer Out

Harrison is probably about to learn that the first dad he ever knew is gone. Both Kyle and Summer will do everything they can to ease the little boy through this difficult news. But if Ashland’s still alive, would he stalk the little boy, incognito style? If Harrison mentions that he’s seen Locke, could “Skyle” believe the little boy is seeing ghosts? 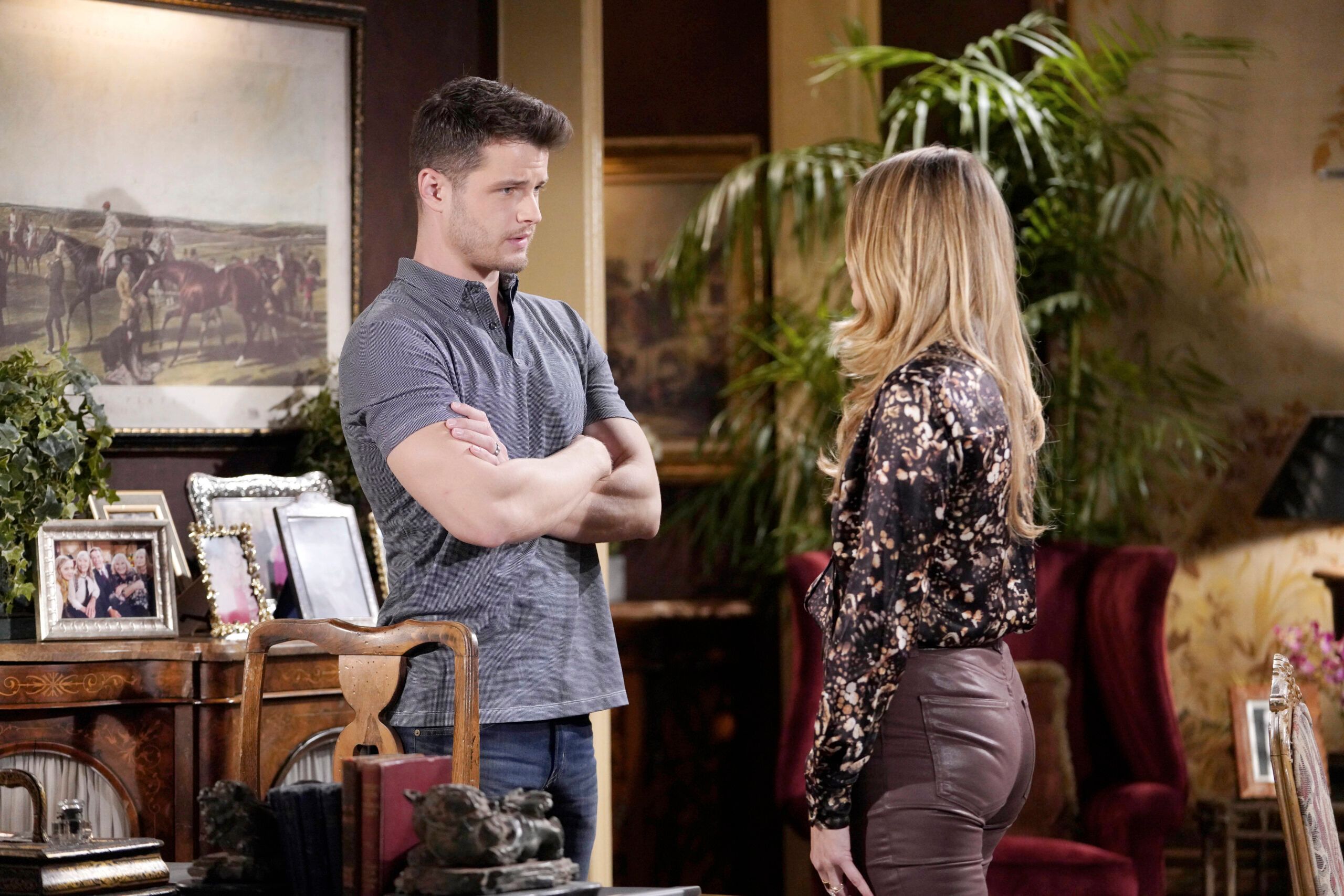 Jack and Diane will continue to get closer in August. While he’s admitted he still loves Phyllis, he’s treading lightly on account of how Red recently betrayed him. Despite Nikki, Phyllis and Ashley’s efforts, Jenkins and Abbott will grow closer in August. The real question is, just how close can Diane get to Jack before she’s “found out”? 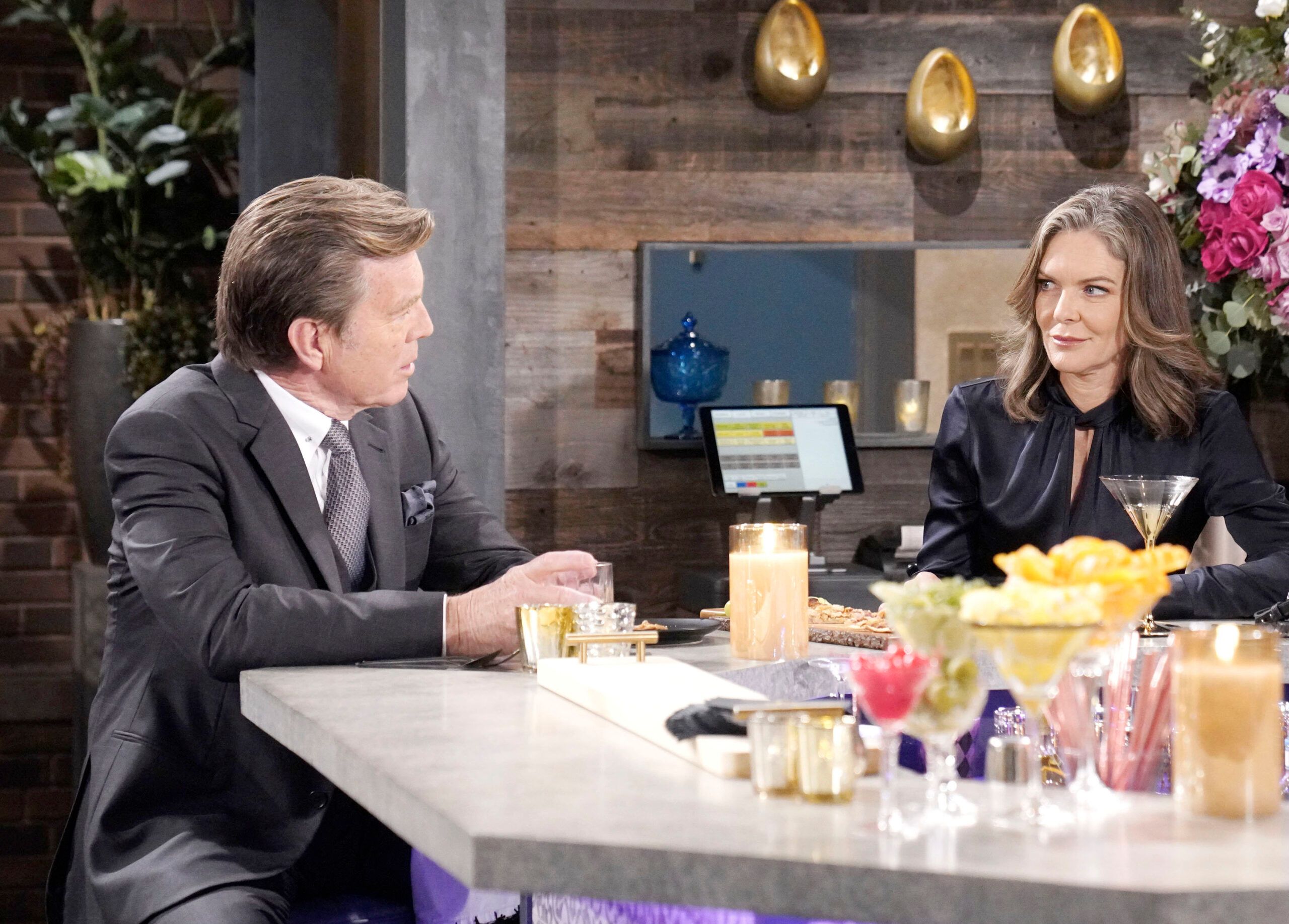 7. Where Does Allie Stand?

There’s been a ton of buzz about where Allie stands when it comes to Diane. She recently claimed she’s #TeamUndecided where Jenkins is concerned, but this doesn’t sit right with many fans. In some ways, Allie seems too good to be true. Is she in cahoots with Jenkins? Is there more to the story between these two than meets the eye? Is Allie genuinely a good person, or is there an evil side ready to creep out? 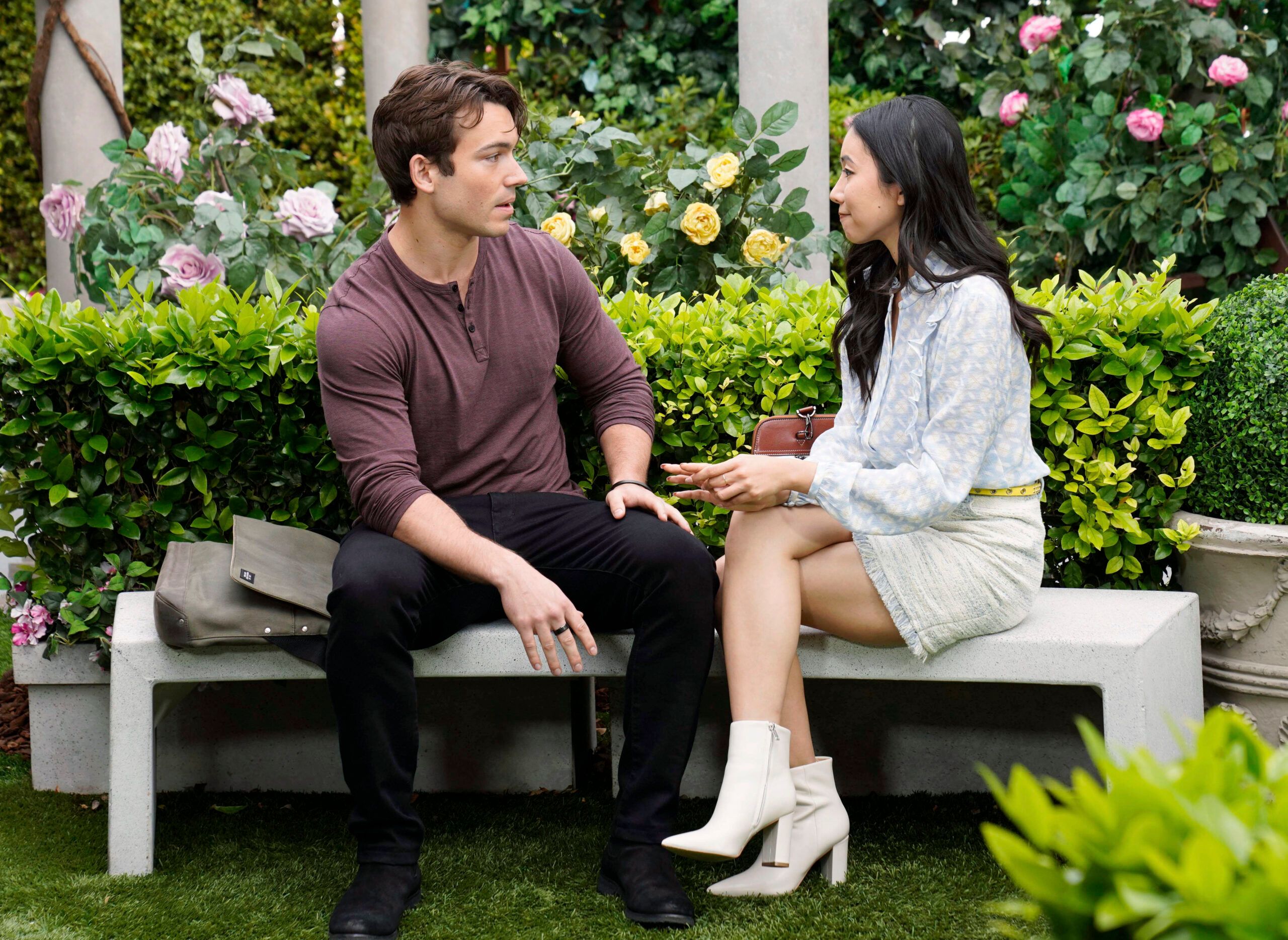 6. An Investigator Digs Up Some Dirt

Natalie Morales from CBS’ The Talk recently revealed that she’ll be appearing on Y&R in August. Morales will be playing Talia Morgan, an investigative reporter who’s looking into Diane Jenkins. While Morales notes that it’s a “small part”, she may play a major role in digging up the dirt that Phyllis, Ashley and Nikki need to rid themselves of Jenkins for good. She’ll debut on Wednesday, August 17th, so there’s a good chance Diane is going down by the end of August. 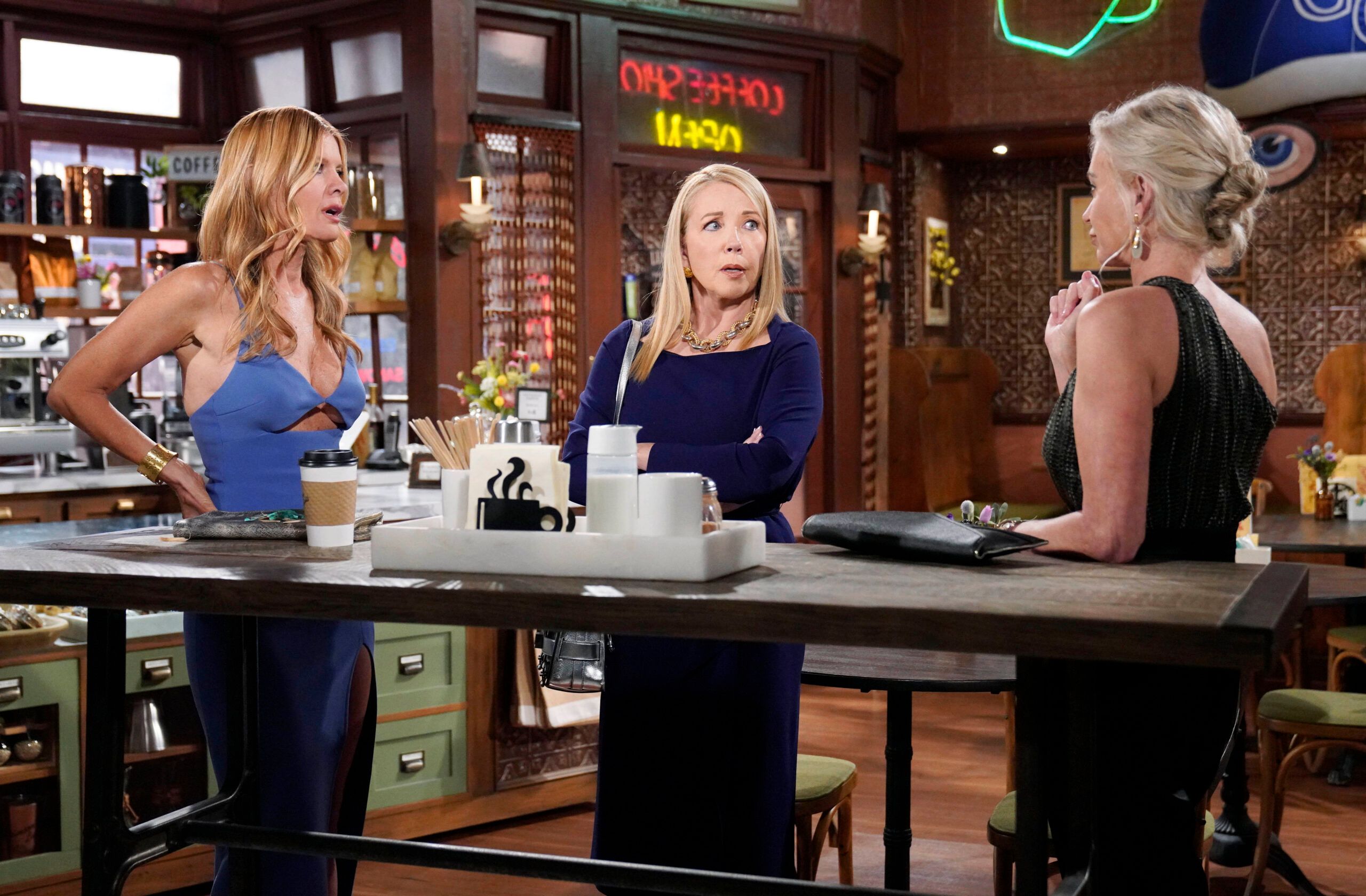 5. Will Jack and Diane Cross A Line?

Could Jack and Diane cross a line before Nikki, Phyllis, Ashley, and now Talia get the dirt they need in order to bring Jenkins down? If Jack is intimate with Jenkins, how could this affect any potential reunion plans with Red? Is there any hope for “Phack” fans out there? Here’s hoping the truth about Diane comes out, sooner rather than later. 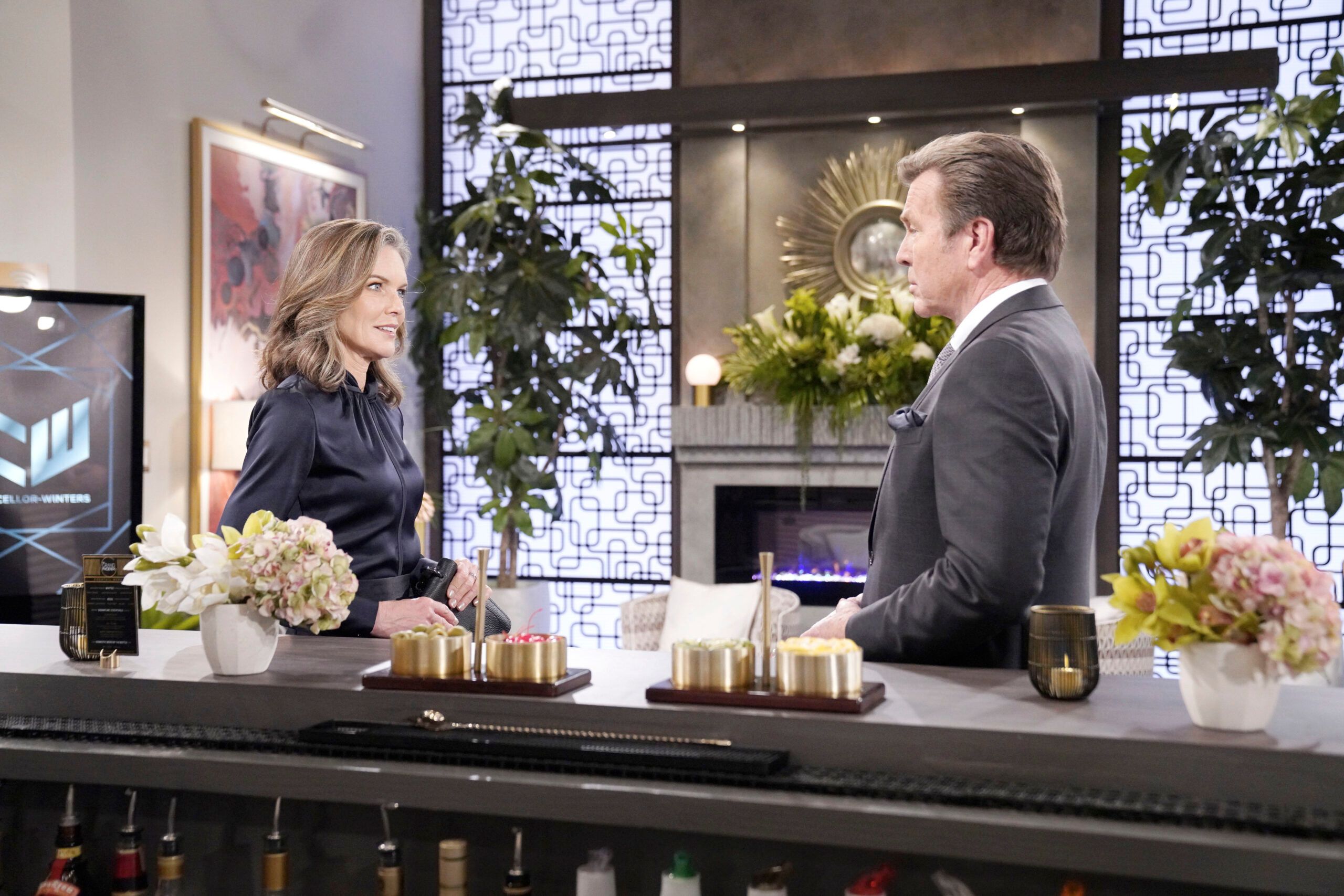 Chelsea and Billy will bond in August. Lily will try not to get worked up over the fact that Billy is becoming besties with an ex. Since she’s so busy at work, she may not even have time to get worked up! “Chilly” not only has a past relationship to dwell on, but they also happen to share a son. While Vic officially adopted Johnny back in the day, could these two talk about their special “connection”? 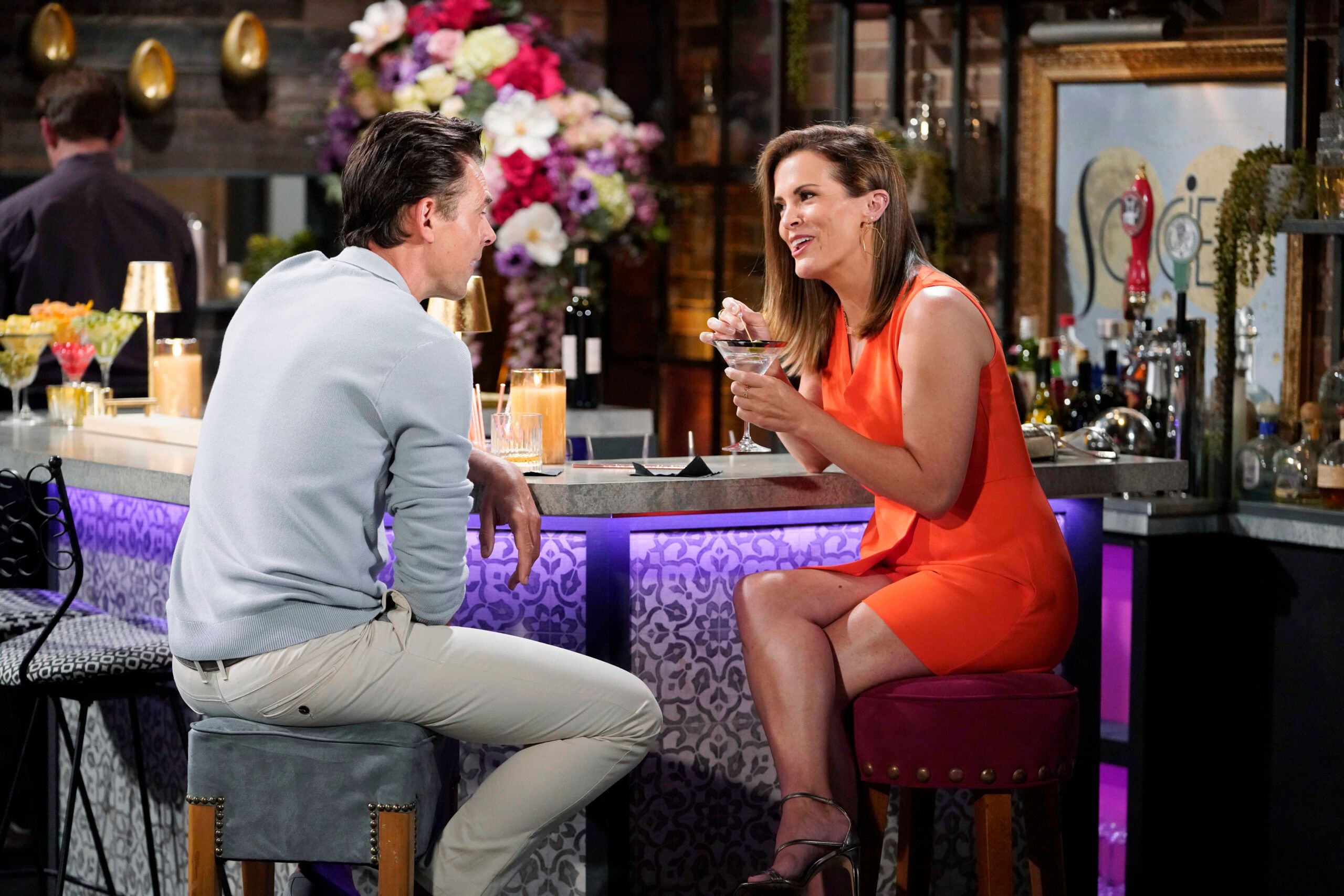 What if Connor overhears “Chilly” talking about Johnny? Could this send his little mind reeling? All this time, he thought he was an “only child”, but it turns out he has a brother in Genoa City (well, technically two, since Christian is biologically Adam’s son). Will Connor need to turn to Sharon for more therapy? 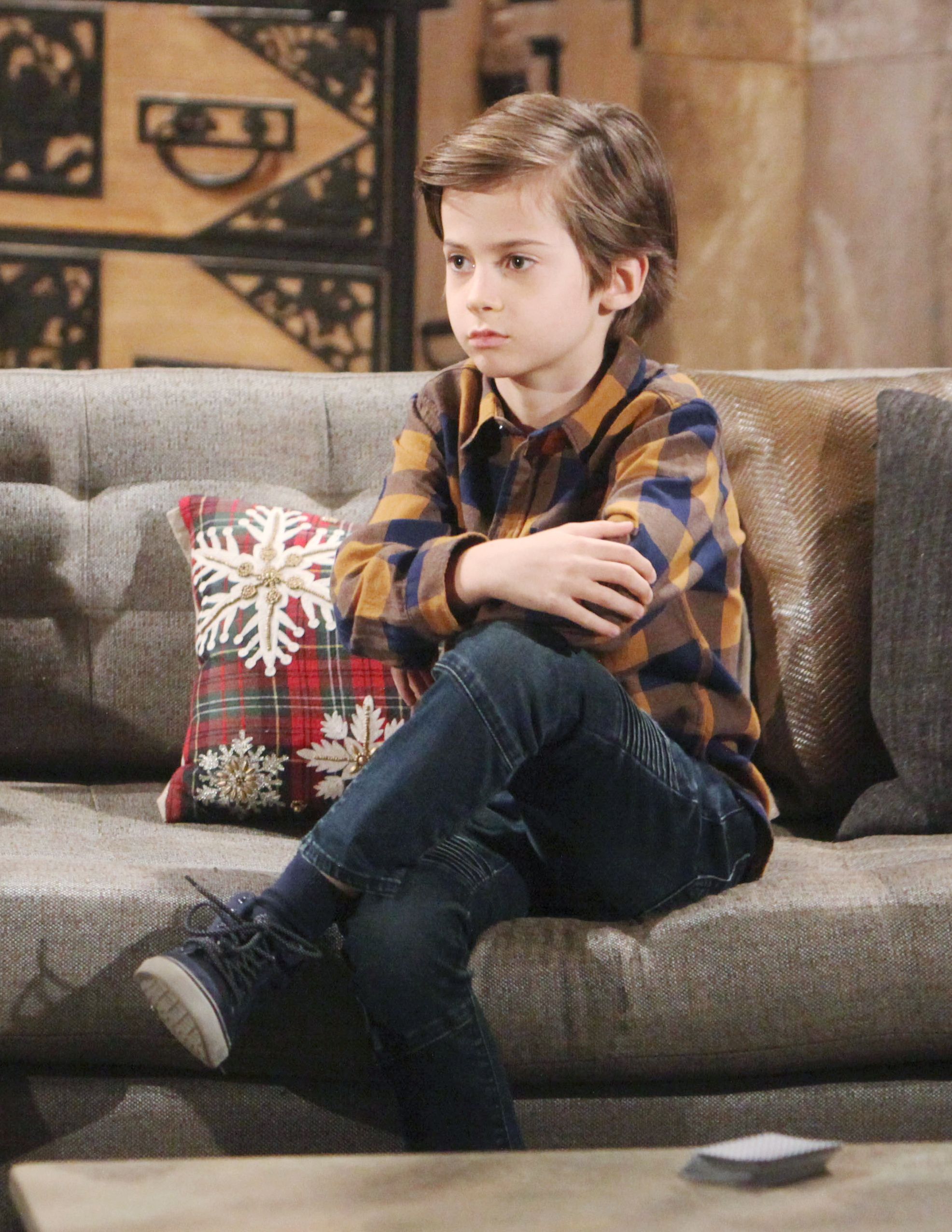 2. Sally Learns The Best Way To Get Adam Back

Sally’s onto Adam’s antics. She recently realized that he lied about his feelings. He does love her; he simply left her so she could keep her cozy CEO job. Sadly, Mr. Newman will continue to be stubborn and insist that he and Spectra go their separate ways. Sally may decide to play fire with fire. She will do exactly what Adam’s asked and move on… with his brother. 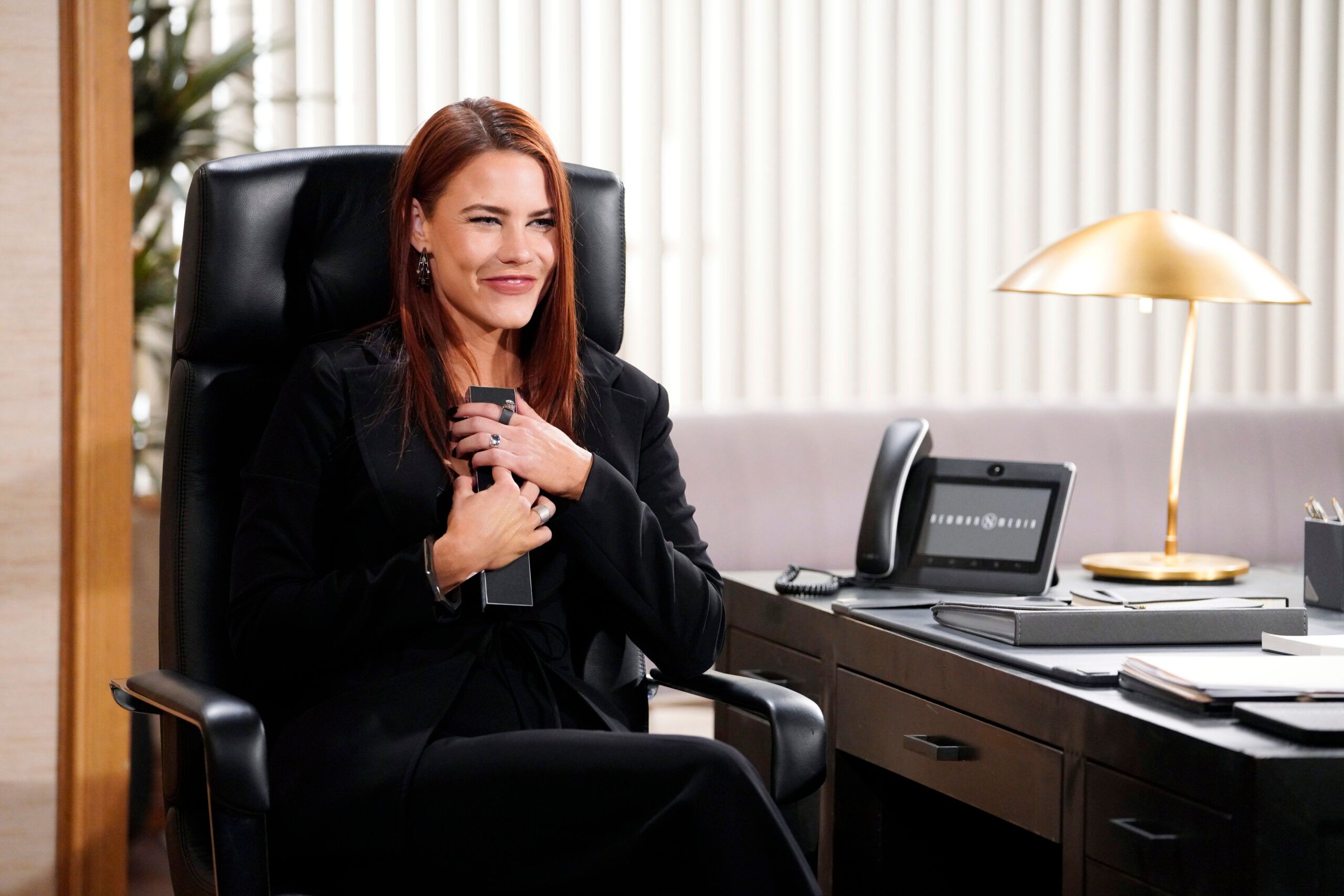 1. Will Spectra Fall For Nick Along The Way?

Ms. Spectra loves her job at Newman Media and certainly doesn’t want to do anything to jeopardize it. But, if she and Nick go out for after-work drinks, she may start with minor flirting. While Sally loves Adam, Nick is still an attractive, sweet and funny man. Spectra may try to make her ex jealous by showering his brother with attention, but will she fall for him along the way? 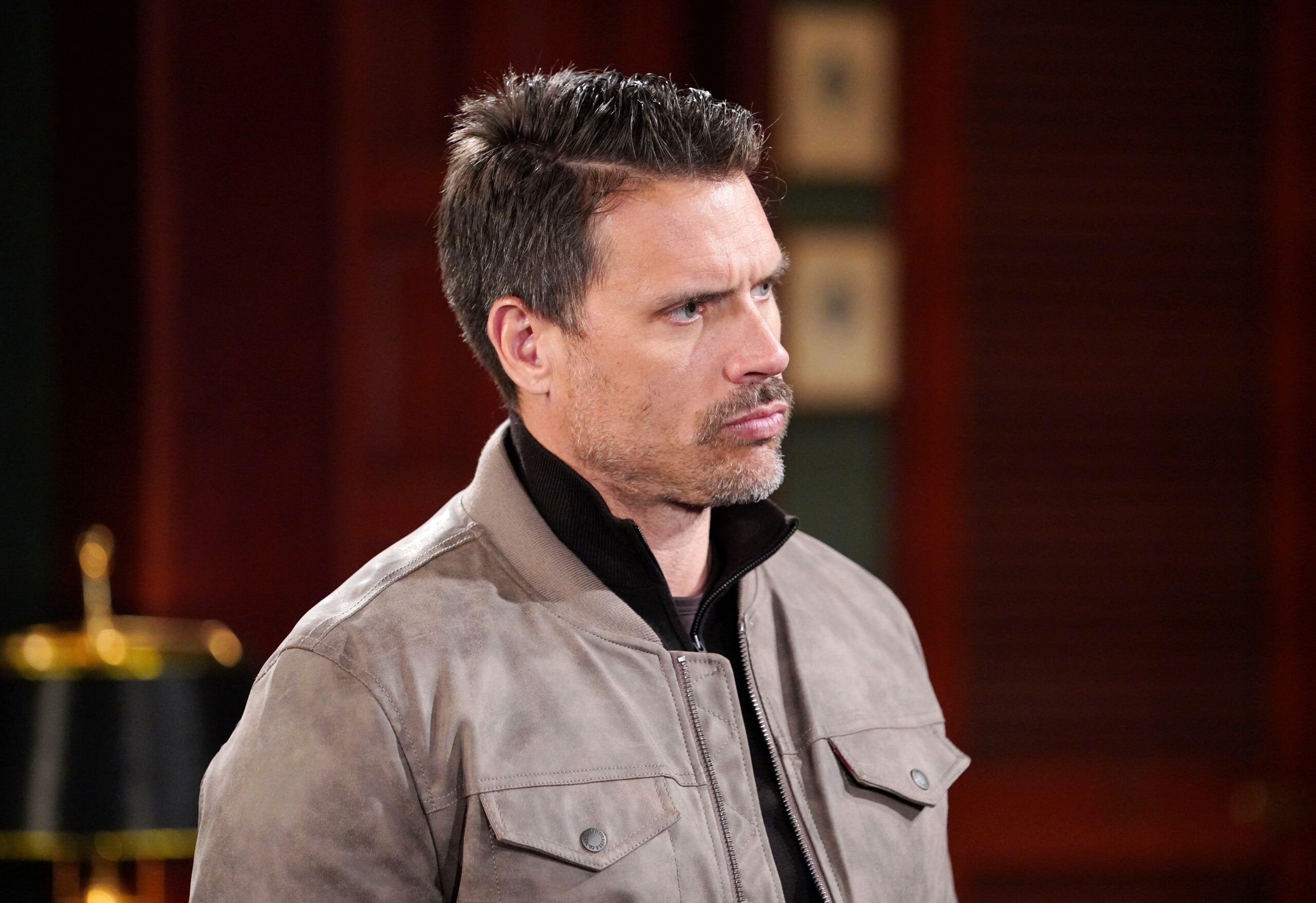