Young And The Restless: Spoilers For August 2019 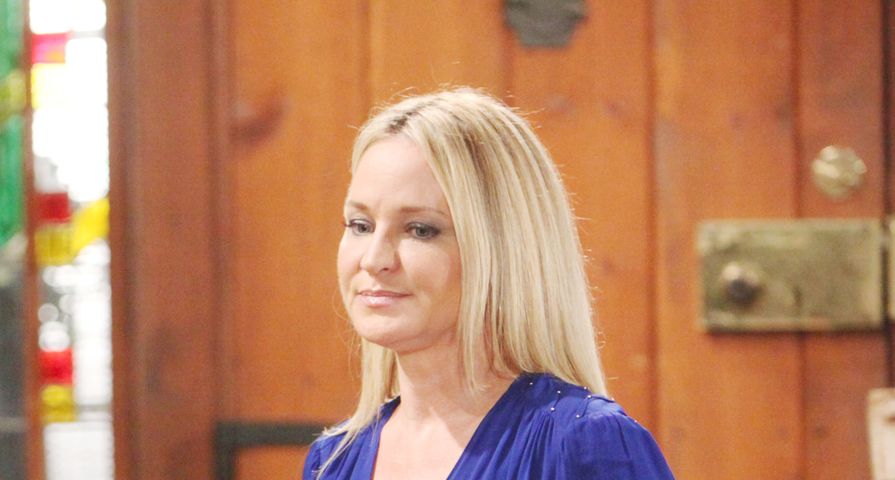 Time continues to fly by in the land of Genoa City as July turns into August. What should Young and the Restless (Y&R) fans expect for this coming month? More drama and some romance! Below are some crazy and shocking Y&R spoilers for August 2019.

Now that Chelsea is town, her momma isn’t too far behind! Actress Catherine Bach will be reprising her Anita Lawson role once again, and fans should flag Thursday, August 8th as the date of her return. With Daryl Tulane in the picture, it seems as if Back is returning with a very interesting storyline set to unravel around the Lawson women.

While the beginning of August will see Nate and Abby continue with their budding romance, could fans now be gearing up for a love triangle … or square? Y&R spoilers suggest that Abby and Nate will get even closer in August; however, Elena and Nate will bond as well.

Will being too preoccupied with business cost Abby yet another relationship? Y&R spoilers tease that she and niece Summer will have a faceoff of epic proportions comes August. These two have always had a teetering relationship, could this confrontation blow any future pleasantries out of the water?

Seems that Phyllis may be ready to strike back at Adam in early August. Spoilers tease that someone will reach out to Jack for help, and previews indicate that Phyllis might be striking a deal of sorts with Jack and Billy very soon. Could an alliance be forming between these three to throw Adam under the bus?

Speaking of, Devon and Nick will team up in early August, and this most likely has to do with revenge on Adam. He’s rubbing everyone the wrong way and is racking up a list of enemies right now. While fans know that Nick can’t stand his brother, Devon may be one that Adam should have on his radar too. In other related Y&R spoilers, Adam will threaten Nick at some point in August.

Billy will continue to spiral in August and will start off the month by hiding something, which is most likely the thoughts he’s having around Adam. But, it’s not only that he’s thinking about Adam, but it’s also the episodes he is having and how Delia’s spirit is involved in them. He’s headed down a dangerous path, so here’s hoping he gets help soon.

6. Michael’s Dark Side Comes Out

Y&R spoilers have been teasing it for some time now! Come August, Michael will show just what he’s capable of, and it’ll be all thanks to Adam. In fact, Baldwin will make a move against Newman, letting his older and more vile self out for Adam to see. Will this jeopardize Michael’s relationship with Lauren as summer turns to fall?

Y&R spoilers suggest that Sharon will have to try (with all her might) to resist temptation this month. Fans know that she and Adam have some chemistry between them, and sadly, Sharon may throw all caution to wind in August, giving in to it. Having said that, it may be at the expense of her relationship with Rey.

Is Shey headed for a break-up? Maybe, which could spark a career change for Rey. Y&R spoilers suggest that Rey will approach Paul Williams, telling him how much he misses being a cop. But, the real question is, will Paul give him back his badge? Rey will have to prove to Paul that he can once again be trusted.

Y&R previews suggest that Kyle will wonder if Theo is holding his New York past over his head. While Theo seems to be doing just that, Theo will re-assure Kyle that “happened in NYC will stay in NYC.” Or will it? Will Kyle’s partying past keep him from enjoying a future with Lola?

But, perhaps, Theo may meet his manipulative match this month. With him dating Summer, momma bear Phyllis has her antennas on high, and Y&R spoilers state that she’ll grill Theo at some point in August. They are dabbling in business together, so the grilling session may have to do with that, versus his intentions with her daughter.

Getting back to Kola and their wedding, could her brother be making a Genoa City return? Thanks to an Instagram post by actor Christian LeBlanc (Michael Baldwin), seems as if the actor who played Arturo, Jason Canela, was on set in July, which could very well mean he’s back in Genoa City for a short time, perhaps for a wedding come August. He also could be returning to for good, you never know what will happen in the land of daytime drama!