Young and the Restless: Spoilers For March 2021 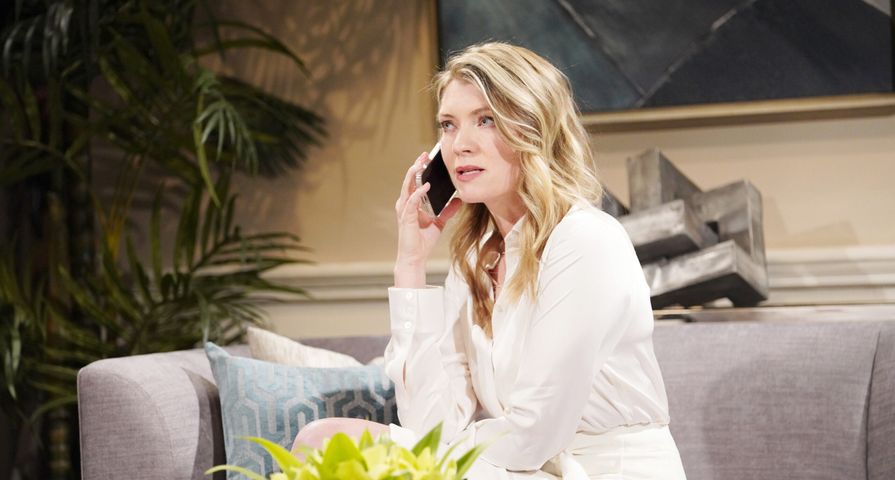 March is sure to roar in like a lion in the land of Genoa City. New characters are on the horizon, a possible exit, as well as new rivalries, and potential around a new super couple. What’s on tap on the Young and the Restless (Y&R) for the next month? Below are some Y&R spoilers for March 2021.

The talented Sasha Calle, who plays Lola Rosales on the Y&R, recently landed a major film role as Supergirl for the upcoming Flash movie. The flick is set to hit theatres on November 4, 2022, and taping could start very soon. With more characters set to exit the soap opera due to the added costs around COVID-19 testing, could Lola bid adieu to the land of Genoa City in March? There’s a good possibility of this!

Actress Elizabeth Leiner will appear on the Y&R the first week of March, playing Tara Locke. Tara is Kyle’s ex, potential baby momma, and wife to the powerful Ashland Locke. What kind of drama will unfold when Tara and Kyle are reunited? Will Summer be brought in the loop? Only time will tell.

Why will Tara enter the land of Genoa City? Or will Kyle go visit her for a chat? Either way, if the two have an encounter, she may confirm what he’s been dreading – that he is the father of her little boy. Once he knows for a fact that he is a father, will he continue to hide the news from Summer or come clean?

9. Victor Decides To Build Up Newman

Speaking of Ashland Locke, he’s got a media company that Chancellor Communications is interested in; however, the Moustache seems equally as fascinated. Y&R spoilers indicate that Victor will look to build Newman Enterprise and bring Adam into the loop. Could Adam be the one to run this new media sector in the company? Victoria won’t be overly pleased about this.

Victor wants to swoop in on this acquisition to pull it from under Billy’s feet. Y&R spoilers suggest that Victor will also have revenge on the brain this next month. By snagging Ashland Locke’s media company, he’ll not only get back at Billy for that article but also have a communications department within Newman to strike back with “stories” of their own.

Y&R spoilers for early March hint that Sharon will make a hard decision. Could she have to choose between her marriage and cutting Adam out of her life forever? Might this “choice” be about Faith? Her very public kiss with Adam will turn her life upside as the aftermath is felt over the next month.

Y&R spoilers are implying a dire turn of events for Rey and Chelsea in March. No one knows the progress that Lawson has made, and she’s going above and beyond to keep her milestones a secret from Adam and everyone else. Could she do something to cross a line? Does she plan on hurting Sharon, where Rey feels the repercussion? Could she get hurt in the process?

Y&R spoilers have noted that Chloe will do all she can to protect Chelsea. If Chloe finds out that Lawson has made progress, or that she’s even done something to cross a line, she’ll undeniably help her BFF. Mrs. Fisher doesn’t have a clean record when it comes to revenge, and she’ll be the one person Chelsea can count on if she lands in hot water.

Y&R spoilers hint that Devon will feel as if he’s at a crossroads in March. Could this be about his one-night stand with ex Elena? She told her better half about what happened; however, Devon’s remained hush-hush to Amanda. Will he feel as if it is better to tell her the truth and move on?

Y&R spoilers note that Jack Abbott will take a risk this month. Will this have to do with Sally? Sounds as if their romance could be hitting the next level. Abbott has been yearning for a relationship for a while now, and Sally has caught his eye. He’ll be willing to lay it all out on the line for her.

This relationship will most likely move full steam ahead in March. Could these two be the next “it” super couple on the Y&R? Sally is just as smitten on Jack as he is with her. While some may judge, mainly because of their age difference and the fact that Spectra could be perceived as a “troublemaker”, they’ll fluff off any push back they get.

The biggest “push back” might be from Phyllis. The rivalry between Sally and Phyllis will probably heighten in the next month. With Skyle preoccupied with Tara, this will open a door for a feud between Spectra and Red. But does Phyllis’s disdain for Sally come from Summer’s experiences, or perhaps her jealousy around another redhead gaining the affections of an ex?