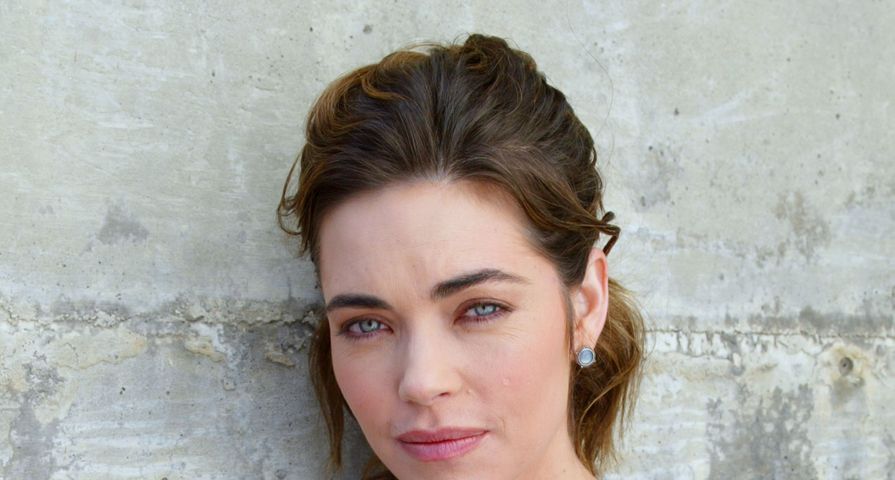 She’s a shrewd businesswoman who takes after dear old dad and is a pivotal character on the Young and the Restless (Y&R). Yes, Victoria Newman is one of those longtime characters that has done it and seen it all in Genoa City, with a rich history on the show stemming back decades. Think you have Vicky all figured out? Below are 12 things you might not know about the Y&R’s Victoria Newman.

Victoria was born in November 1982, and while her mom knew that Victor Newman was the baby’s bio dad, when the baby was first born Nikki was married to a man named Kevin Bancroft and pawned him off as the child’s father. At that point in time, Victor was in denial about his love for Nikki, and actually set her up with Kevin.

Nikki struggled in her relationship with Kevin, and his mom Alison was a huge thorn in her side. In fact, she tried to leave Kevin and started stripping again to escape the marriage; however, he ended up finding out eventually and filed for divorce. Sadly, her mother-in-law pulled all sorts of stunts during their separation, including disappearing at one point with baby Victoria. Thankfully someone reached out to inform Alison of Vicky’s true paternity and she returned the child to Nikki.

No big shocker here, but since Victor found out that Victoria was his daughter, she’s been the apple of his eye. In fact, at one point during her younger years, The Moustache pulled Vicky out of boarding school so the two could tour Europe together. Now, that is some awesome daddy-daughter time!

While traveling around Europe with her dad must have been an amazing experience, a traumatic one for Vicky was when she almost drowned at the Newman Ranch while in the pool as a child. Thankfully, Jack Abbott was on hand to save the young girl. Interestingly enough, while Abbott did save her life that day, both he and Vicky still have a roller-coaster relationship.

Yes, Jack Abbott and Vicky have had their ups and downs; however, considering he was once her step-dad, it’s clear to see why they don’t always get along. When Vicky returned to Genoa City as a teenager, she found her dad married to Ashley Abbott, while her mom was hitched to Jack. This was hard for a young person to digest, and Vicky became quite the wild teen at that point, who plotted and schemed to break up both marriages.

Much like her mom and dad, Victoria loves to ride horses and seemed to do more of this when she had time in her younger years. While being a mom and corporate executive currently keeps her more than busy, when she was younger she was quite the accomplished equestrian, winning many shows and ribbons over the years.

As with most soap opera characters, Vicky’s age has been difficult to determine as the years go by. Looking at her birthday, she should be 36 years old; however, she was said to be 16 in 1991 when she came home from boarding school. Then in 1994, storylines indicated that her brother Nick was 18, and she was two years older, despite the fact that the siblings were actually six years apart, with Nick being born in 1988.

With the money and wealth of her family, Vicky really could have gone to any college she wanted to in the world. In the end, she decided to skip college and start working her way to the top by getting a job at Newman Enterprises working in the mailroom. She certainly gets her ambition from her dad!

It was in that very mailroom at Newman where Vicky met Ryan McNeil, her first true love. In fact, while Victor did everything to keep these two apart, including bribing Ryan to leave town, the couple ended up eloping in 1992. This would have made Vicky around 17 to 18 years old when she wed. Sadly, the two divorced in 1993.

One huge aspect of Vicky’s personality that has fallen off the canvas over the years was her love of art, and the fact that she used to be quite the painter during her young adulthood. In fact, Victoria left Genoa City in 2003 after some family drama to clear her head, and pursued art studies in Florence, Italy. Very different from the ruthless businesswoman we know today.

Much like her mom and dad, who always had pups around the ranch while she was growing up, Vicky herself seems like an avid dog lover. Over the years she had a shaggy male dog named Keely, and even had a sweet dog named Dash. Although they ended up giving Dash away after her step-daughter Delia passed, as it was more hers than Victoria or Billy’s.

Speaking of Dee-Dee, Victoria has had a rough go over the years when it comes to saying goodbye to children close to her. Not only did her step-daughter pass away at a young age, but she also had a daughter (with Cole Howard) that died a little after the infant was born in 1998. Vicky also had to give back Lucy, a baby she raised for months (as Billy illegally adopting the child), and has had two miscarriages over the years. Thankfully, she had children Reed, Johnny, and Katie to keep her mind off all these losses.