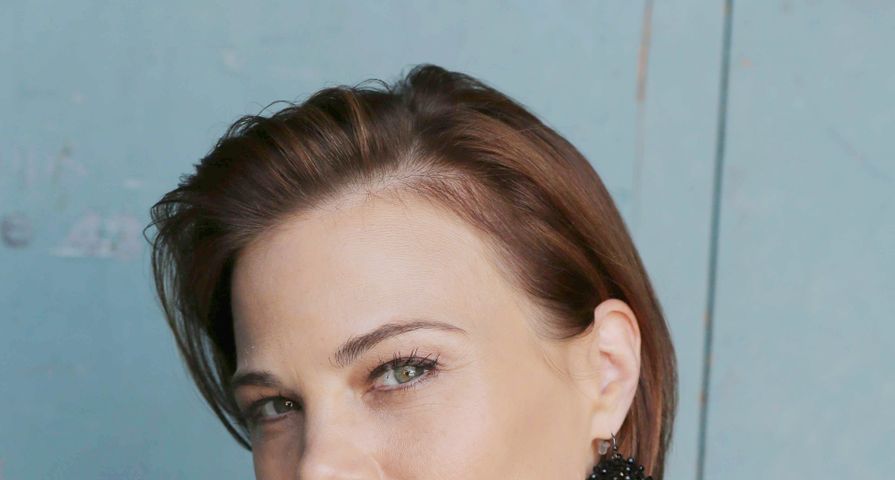 She’s affectionately known as “Red” by some on the Young and the Restless (Y&R). She’s a schemer, always tries to get what she wants, but is also loyal to friends, and extremely passionate when it comes to her kids. While Phyllis Summers is a long-standing Y&R character that many fans think they have figured out, below are 12 things you may not know about her.

Phyllis Summers celebrated a birthday some months ago, as she was born on June 14, 1974, in Darien, Connecticut to proud parents Lydia Callahan and George Summers. Of course, we all know that she has a younger sister, Avery, thanks to storylines that brought her to Genoa City in 2011.

Unlike most characters that suffer through Soap Opera Rapid Aging Syndrome (SORAS) or de-SORAS (to make them seem younger), Phyllis has pretty much stayed true to her storyline age. She was born in 1974, and when entered the Y&R in 1994, she was said to be 20 years old at the time.

Or were George and Lydia just terrible parents? Her younger sister Avery turned out okay, so it’s hard to tell. Regardless, we all know that Phyllis left her childhood home as a teenager and never looked back. In 1995, her parents would travel to Genoa City and Phyllis would end up running them out of town without telling anyone they had come to visit.

Phyllis has had a pretty amazing career during her tenure on the soap. From running her own magazine to having executive roles within Newman Enterprises and Jabot, Summers is great at leading a division and/or company. Hard to believe that at the age of 20, she entered the soap as a data entry clerk at a New York City DNA lab.

Speaking of, when she rolled into the Y&R, while many know that Phyllis conned Danny Romalotti into believing her baby boy (Daniel) was his son, what some may not recall was how she came to meet the Rockstar. Phyllis was a huge fan of Danny and his career and was obsessed with him. One night, she drugged him up and made it seem as if the two had slept together. Danny eventually took the bait, and the rest is history.

Most Y&R characters have some sort of rivalry on the show. Jack has Victor; Lauren and Traci were once at odds; and of course, Sharon and Nikki have never seen eye-to-eye. Then there’s Phyllis, who seems to make an enemy out of anyone she encounters. She and Christine Blair are still on terrible terms, and now thanks to her one-night stand with Nick, she and Sharon have rehashed their old feud. She’s also had rivalries with Drucilla Winters, Diane Jenkins, and now she can’t seem to even get along with her own daughter Summer.

Interestingly enough, she and Michael Baldwin have always been tight. While they have had their ups and downs, they somehow manage to have each other’s back no matter what. Some fans may not realize this, but during Michael’s darker years, he and Phyllis were actually lovers. Thankfully, that’s over, because they make much better BFFs.

While yes, they are now friends and were lovers at one point, Michael was actually on Phyllis’ enemy list at one point. In fact, she even kidnapped him in 1998 and held Baldwin captive for an amount of time. Michael was convinced Victor Newman was behind the entire ordeal and was shocked to find out it was actually Phyllis.

4. Her Hook Up With Jack

While they aren’t together today, Jack Abbott has undeniably been one of Phyllis’ greatest loves in Genoa City. They first hooked up in the late ‘90s, where the relationship was simply an affair and Jack broke it off because he found out Phyllis was jumping into the bedroom with him to offer Victor some insider information on him. Three years later, she and Jack would hook up again; this time both were trying to spy on each other, except in the end they fell in love with each other. No more spying on either’s part since.

Speaking of, Phyllis has had some incredible relationships in Genoa City. When fans think of Summers as a super couple, the names Jack Abbott, Nick Newman, and even Billy Abbott tend to pop up Well, Phyllis had another great love in the early 2000s, and that was one Damon Porter. The two shared something special, but sadly Porter decided to move back to Atlanta, Georgia, with his ex-wife in 2005.

Phyllis has done some crazy things over the years on the Y&R. From breaking into Sharon’s room and tearing up her clothes after she found out about an affair with Nick to seducing Tim Reid, her psychiatrist, to running Christine Blair off the road — she’s constantly pushing the envelope. In the early 2000s, Phyllis even went as far as dressing up as a man, getting wasted, to purposely get thrown into jail so she could get someone to confess about a murder, so charges could be dropped against her.

Phyllis is many things: a schemer, a mother, a sister, a wife, a partner, an executive, and a liar. In the early 2000s, she apparently was also an Atlanta reporter named Sandra King. Since dressing up as a man didn’t work to get her name cleared, Phyllis decided to pretend she was a reporter to interview a district attorney in hopes that he would start questioning the credit of a witness. The scheme worked in her favor, and she was finally off the hook for murder charges. Phyllis always gets her way!