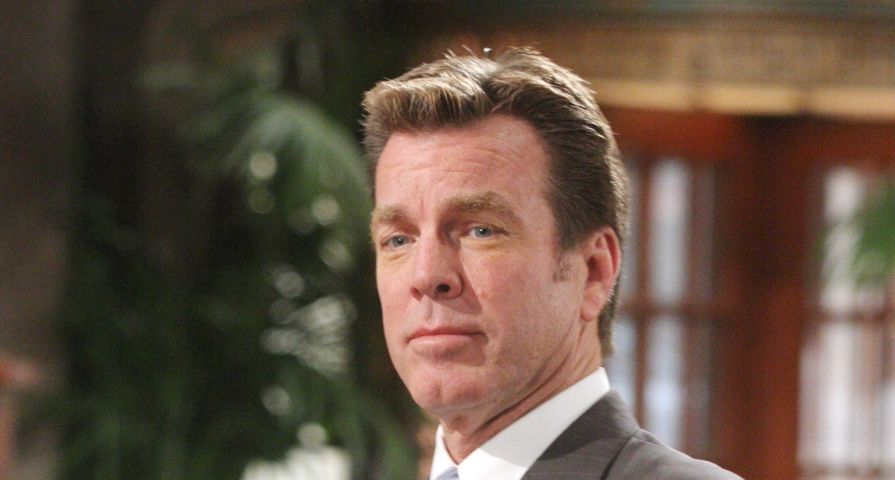 As a pivotal character on the Young and the Restless (Y&R), audiences have enjoyed watching Jack Abbott wheel and deal all over Genoa City for well over 35 years now. He’s obsessed with Jabot, can’t quite carry a successful relationship, and while he loves his dad John, Y&R fans and Jack alike recently learned he’s not really an Abbott after all. There is so much we know about Jack; however, there are many layers to him that fans aren’t aware of or may have forgotten about him. Below are 12 things you didn’t know about the Y&R’s Jack Abbott.

Jack’s birthday has been noted within storylines as June 29th. Having said that, storylines still have yet to relay an exact year when the eldest Abbott son was born. Looking throughout the Y&R history, it is noted that Jack Abbott’s year of birth was either 1953 or 1954. Would one year really make that much of a difference at this point?

We all know that Jack’s biological mom, Dina Mergeron, left her husband John and the kids when Traci, Ashley, and Jack were young; however, does anyone know what age Jack was when she abandoned the family? Jack was only 13 years old at the time, and it is said that nanny Mamie Johnson stepped in to become a mother figure to him, and all the Abbott kiddos moving forward.

10. Served In The Vietnam War

Most fans are aware that Jack served in the Vietnam War thanks to a storyline in the mid-90s where true love Luan Volien came to Genoa City to reveal that he had a son named Keemo that he fathered. But, do fans out there know how old he was when he served in that war? Jack was 19 years of age when he joined the army and headed out to Vietnam.

When the war ended, Jack was forced to leave the area he was serving, thus losing contact with Luan. He headed back to the United States, went to college, and then attended Harvard Business School, graduating with an MBA. No wonder he’s such a master in the corporate world, Jack definitely has had the education to back him up when it comes to boardroom activities.

Just ask Victor or anyone who tries to engage in a verbal confrontation with Jack Abbott — he knows how to articulately prove his point and put anyone in their place in an aggressive, yet diplomatic, way. Therefore, it’s no big shocker that while Jack attended the Harvard Business School he joined the debate team and became its captain. It’s hard to win the battle of words when it comes to Abbott.

Y&R audiences have grown to love Jack Abbott. Sure, he does dastardly things at times, but he does truly have a heart of gold. While he plays a mean guy here and there, when push comes to shove, he does the right thing. Peter Bergman has played the Jack Abbott character since 1989 — for almost three decades now. However, there was another actor who played Jack before Bergman was recast in the role. Soap opera actor Terry Lester originated the role when Jack strolled into Genoa City in 1980.

Speaking of, when Jack first entered the land of Genoa City, he was smitten with Jill Fenmore, who also happened to be his dad John’s love interest at the time. Jack seduced Jill into cheating on John with him, and the two shared many moments over those early years. Seems so odd considering their current relationship now where they are barely friends.

Jack has settled down significantly since his younger years; however, he did have a huge playboy image back in the day. He had an affair with Jill Fenmore; married Patty Williams and had also an affair with Diane Jenkins at the same time; and dated a slew of females down from Lauren Fenmore to Gina Roma, Leanna “Love” Randolf, and many others.

4. Great Love Of His Life

Now, this topic may be up for debate for many Y&R fans. Just who is Jack Abbott’s greatest love? Some may say Phyllis Summers, others could argue that it was Luan, and he also shared a special love (and now friendship) with Sharon Newman. All these relationships aside, it’s hard to ignore how he continually drops everything every time Nikki Newman comes calling on him, and how they still manage a unique friendship despite the fact that she ends up always dumping him for Victor. The numbers don’t lie with Jack’s love for Nikki. While he has been married ten times in total, three of those marriages were with Nikki.

There was nothing Jack has wanted over the years more than to settle down and have a family. He’s had three sons over the years, with three different women: Keemo (with Luan), Kyle (with Diane Jenkins), and John Abbott III (with Nikki, a baby that died shortly after birth). Sadly, Jack has had to endure more miscarriages over the years within relationships than actual children — five in total. His wife Patty lost their baby in the early 1980s, while Jill miscarried in 1984 (the baby could’ve also been John’s). Then he and Nikki had to deal with two miscarriages during the course of their first marriage in the 1990s, and he and Phyllis also mourned a miscarriage at one point during their relationship.

While Jack had multiple residences before he hit Genoa City in 1980, once he came back, he didn’t move around much. He moved into the Abbott Manor at that point in time and has lived in the same home for 38 years now. Who could blame him? That mansion is gorgeous and has always felt like home to him.

1. Soft Spot For The Moustache

Victor Newman and Jack Abbott have been mortal enemies for years now. Having said that, it’s clear that Jack does have a soft spot in his heart for the old Moustache. While there was that time he initially left him for dead after the two fought and Victor collapsed, Jack ended up returning to save him. Then there was the decision around donating Colleen’s heart (his niece) to Victor as he would die without it. Jack was resistant at first, but then agreed. More recently, Jack found Victor unconscious at the ranch. Sure, he stole his backup drive and *almost* left The Moustache there without helping, but his conscious got the better of him and he called 911 in the end.