Home » Trending News » We Weigh In: Could Sonny Stay In Nixon Falls For Good?

We Weigh In: Could Sonny Stay In Nixon Falls For Good? 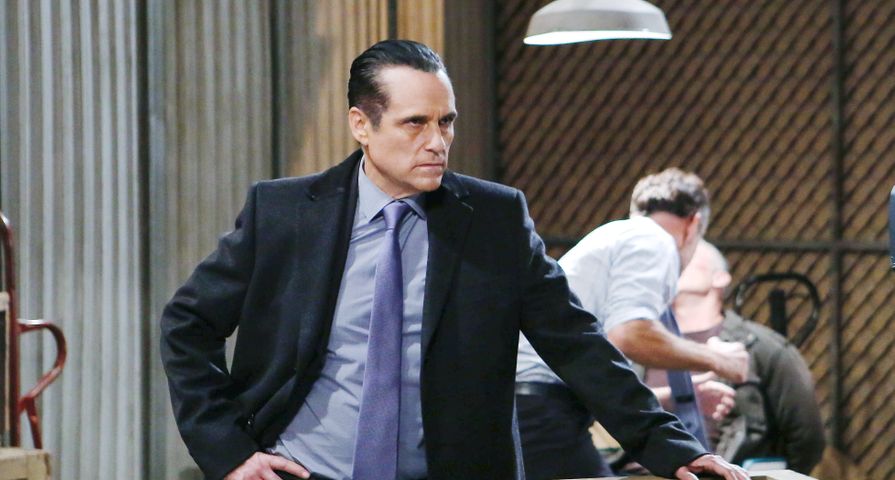 It’s been a few months since Sonny washed up on the Hackensack River with no memory of who he was. Since that time, he’s given himself a new identity and worked to earn a place in Nixon Falls. Like most amnesia storylines, the chief tension here surely revolves around the ticking clock; when will Sonny retrieve his memories, and how might his current actions damage his old life? But as Sonny makes more connections in the quaint town, it feels like Nixon Falls might become a permanent setting in the General Hospital canvas. Could Sonny stay in Nixon Falls for good?

Headwriters Dan O’Connor and Chris Van Etten made no attempt to poor cold water on this idea during their May sweeps preview on Soaps.com. “The line between where Port Charles ends and Nixon Falls begins is beginning to blur,” said O’Connor at one point.

Over the years, fans have suggested that Sonny Corinthos and Jason Morgan routinely net the show’s best story arcs, relegating other characters to supporting roles. There’s no shortage of evidence to support this critique. Both Sonny and Jason share super-couple statuses (with Carly and Sam, respectively) while walking a personality tightrope of honorable and dangerous. So while this field trip out of Port Charles will prove to be a turning point for Sonny, it could also revitalize the way GH allocates screen-time for other stars. Case in point: who else wants to see Carly take the mob reigns from her “deceased” husband? All kinds of potential there!

While Jason is presently on the lam for a murder he didn’t commit, Sonny is getting comfortable among the locals of Nixon Falls. Now, let’s be clear on that point. Despite all of the trappings of his amnesia, he isn’t fighting to get comfortable; he genuinely likes Nixon Falls. Assuming the name “Mike”, which is a detail we’ll discuss shortly, he sells off his rings and gives poker winnings to help the Caulfields out of some money trouble. He puts himself in danger to defend the Tan-O and wants Nina to write a glowing piece about the town for Crimson Magazine.

Want GH spoilers? Check out General Hospital Spoilers For The Week (May 10, 2021)

It’s worth noting that the townspeople have been good to him in return. Dr. Green diagnosed Sonny’s bipolar disorder and provided him with medication, while the Caulfields have given him shelter, a living wage and their trust.

Now if show-writers were simply building this storyline up for Sonny to 1) remember his identity and 2) balk at the realization that he’s given up his life to tend a scuzzy bar in the boonies, they’re going well out of their way to give audiences a lot of feel-good moments. They’re also teasing fans with a softer, more peaceful side of Sonny, if their masterplan is to strip it all away again. Sonny is easier to love as “Mike” because he doesn’t remember some of the same things in Sonny’s past that we would also rather not remember!

This week, when Nina asked “Mike” why he hadn’t begun searching for his true identity yet, he put it bluntly: “I like it here… my new home, my new friends.” Show-writers seem to be paralleling Sonny’s commitment to Nixon Falls by showing viewers more and more of the nowhere town. (For a while there, it seemed like we were never going to leave the Tan-O again!)

It’s also interesting that Sonny chose the name “Mike” and not because he read it on his watch. Beyond being shorthand for his own legal name, “Mike” is the name Sonny’s father, Michael Corbin, went by. Corbin would eventually pass away from Alzheimer’s. Could Sonny be subconsciously taking stock of his mortality? This storyline could be a midlife crossroads for Sonny, who will sooner or later gain an objective view of his old life with sudden, and perhaps disturbing, clarity.

In the May sweeps preview, headwriter Van Etten addressed Sonny’s dilemma. “Are they memories he wants? He’s developing a life and a family and feelings for a home, and when you’ve got something so good, to what degree are you willing to give it up for something uncertain?”

One thing is for certain: Sonny will eventually regain (most of) his memories. But don’t expect that eureka moment to put Nixon Falls in the rearview mirror. This new town has allowed GH writers to shuffle the deck, re-write relationships and extend some breathing room between Sonny and Jason, their two soap juggernauts. It’s also creating the potential for Maurice Benard, one of daytime television’s most popular stars, to redefine his character’s trajectory. (That is, unless Jason decides to hide out in Nixon Falls, convinces Sonny to return home, and all of this potential falls by the wayside!)