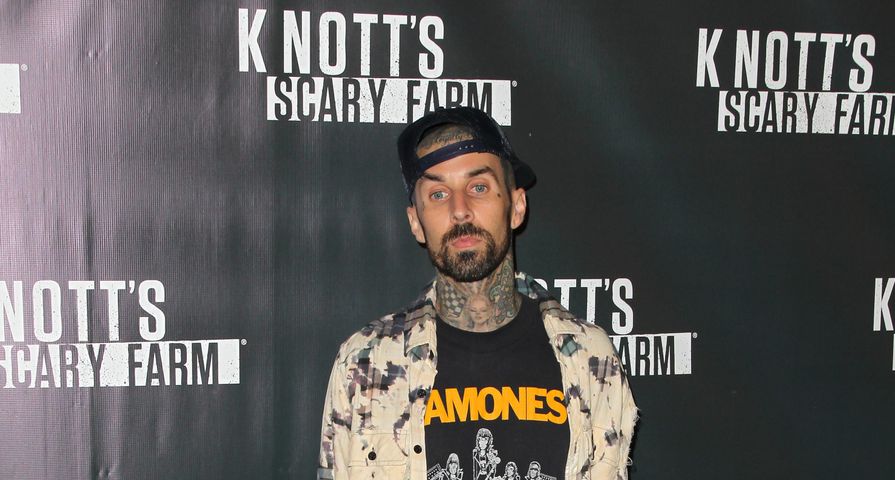 Blink-182 drummer Travis Barker has been opening up a lot lately with the release of his memoir Can I Say: Living Large, Cheating Death, and Drums, Drums, Drums and while he has detailed the tragic and life-altering plane crash of 2009, he talked about some lighter things in a recent interview, including his feelings about reality superstar Kim Kardashian.

Barker met Kardashian back in 2006 before she was one of the most famous people on the planet and was working as Paris Hilton’s assistant, who Barker was “hooking up with” at the time. “Kim was Paris’ assistant. She got all of Paris’ belongings together wherever we traveled,” he told Us Weekly.

He then admitted that it was impossible not to be attracted to her: “How could you not stare at Kim? Mind you, I enjoyed hanging out with Paris, but I love curvy girls. Kim was eye candy. I was no way disrespectful to Paris, but I couldn’t keep my eyes off Kim!”

Barker also explained that the two became friends and hung out, but made sure to explain it was just platonic and even recalled the conversation they had about the possibility of Keeping Up With the Kardashians becoming a TV show. “Kim was like, ‘I really want to do this reality show. We’re supposed to do it with Ryan Seacrest. I just think my family’s interesting.’ I gave her the best advice I could but I still remember the conversation like yesterday: ‘I think my family is interesting and it could be something.’ Well, you were absolutely right!'”

He also stated that the strange pair of friends have stayed close though and is happy they never hooked up: “Because God knows, when you hook up, s–t gets awkward!”

Also Check Out: The Kardashian/Jenner Family: How Much Is Each Person Worth?