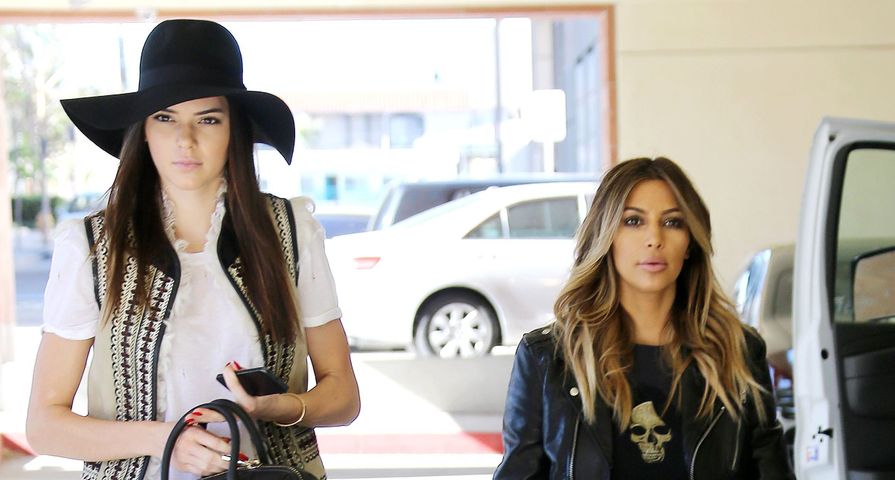 Kendall Jenner is like the hottest model on the market right now, so it shouldn’t come as too big a shock if we, and most other sane people, think she is way hotter than her older half-sis Kim. Kim was definitely a hot commodity when she first rose to fame, but she was never as hot as Kendall is now. GQ called the young model the Kardashian’s most refined product yet and we couldn’t agree more – there is something about her that just makes her better than the rest of her family, especially her attention loving sis. Here are 10 reasons why Kendall is way hotter than Kim!

She Doesn’t Have a Sex Tape

The Kardashian-Jenner family first rose to fame in part thanks to Kim’s sex tape. It was leaked around the same time that the family’s reality TV show premiered and it gave them a ton of publicity. While Kim may have relished all of the attention she’s received as a result, the whole sex tape thing has kind of tainted her image.

Kendall doesn’t have that problem. She rose to fame thanks to the family’s reality TV show and her star has continued to rise because she’s played her cards wisely. For the rest of Kim’s life, she’s going to have to deal with the fact that pervs everywhere can find her sex tape online and watch her doing the deed with her sleazy ex Ray J. Kendall doesn’t have that hanging over her head and that makes her way hotter.

Her Face Isn’t Frozen (Yet)

Kendall has a pretty natural look compared to all of her sisters. She’s got those big doe eyes, shiny dark hair, naturally full lips and amazingly supple skin. Kim has been trying to get some of that back for years. She’s obviously getting lip injections, facial fillers and Botox, and there’s also no evidence to suggest that she hasn’t had a breast job or liposuction. Kendall hasn’t done any of that and she looks way better for it. Kim definitely can’t say the same.

She Looks Better in a Bikini

Both Kendall and Kim have never been the type of people to shy away from wearing a bikini, but we’re not sure how confident Kim feels in a bikini, especially when she’s next to her supermodel sis. Kim tries way too hard to be sexy. Kendall doesn’t have to. She has the sort of body that was made for bikini season.

Kendall is definitely more refined than all of her sisters, especially Kim, Khloe and Kylie. She has this elegance and grace that she didn’t get from her mother’s side of the family. Kim is anything but classy. She tweaks her face even though she’s still young; she sausages herself into latex dresses; and she relishes an opportunity to give full frontal nudity. She could learn a thing or two from Kendall about modesty.

Kendall has lived a really privileged life – more privileged than any of the Kardashian girls. In spite of this, she still seems to have good head on her shoulders. Her little sister Kylie has followed Kim’s path, but Kendall seems to know that there is world outside of Hollywood and fame that no one else in her family cares about. Kim has been obsessed with fame and fortune since she was young and she has refused to settle for anything less.

Kim has made a ton of money from her endorsements, but none of them have been nearly as good as Kendall’s. Some of the products Kim has endorsed include Sketcher’s Shape Ups, QuickTrim, ShoeDazzle.com and Carl’s Jr. while Kendall is the face of Estée Lauder, Calvin Klein and Penshoppe. Kendall is on a whole other level than anyone else in her family, including Kim.

There’s something really wholesome about Kendall. Maybe it is because we watched her growing up on “Keeping Up with the Kardashians” or maybe it is because she is the least scandalous of the bunch. Either way, Kendall doesn’t seem tainted by fame the same way that Kim does. We all know Kim would sell her soul for more publicity, but we don’t get that vibe from her little sis.

She Is a Real Model

Kim does model, but not in the same way that Kendall does. Kendall is considered the next big thing in the modeling industry. She’s walked the runway for designers like Donna Karan, Diane Von Furstenberg, Tommy Hilfiger, Marc Jacobs, Fendi, Balmain, Givenchy and Chanel, and she’s also the face of Estée Lauder and Calvin Klein Jeans. As fashion photographer Russell James said, she’s won the genetic lottery.

Kim’s an attractive woman, but she isn’t slender and leggy like Kendall. We bet that she would kill to have her little sister’s modeling career.

She’s Got a Real Social Life

Aside from her family, Kim doesn’t seem to have many friends. She was friends with Blac Chyna at one point, but then her youngest sister Kylie stole Tyga from her so that probably tainted things between Blac and Kim. She was also friends with Paris Hilton, but then she fell out with her too. Kendall, on the other hand, is a social butterfly. She hangs out with Gigi Hadid, Hailey Baldwin and Cara Delevingne. She’s got way more of a social life than Kim, probably cause she is more likeable.

8 Shocking Caitlyn Jenner Controversies That Have Us Shaking Our Heads

She’s Got a Better Body

There are plenty of people out there who think that Kim has a pretty hot body; however, compared to Kendall, she looks more like your homely cousin from Iowa. Kendall has been blessed genetically. She’s got a beautiful face and a figure that most women would kill for. Kim’s way too curvy by comparison.