Tim McGraw Crashes Wedding, Does A Surprise Performance For The Couple 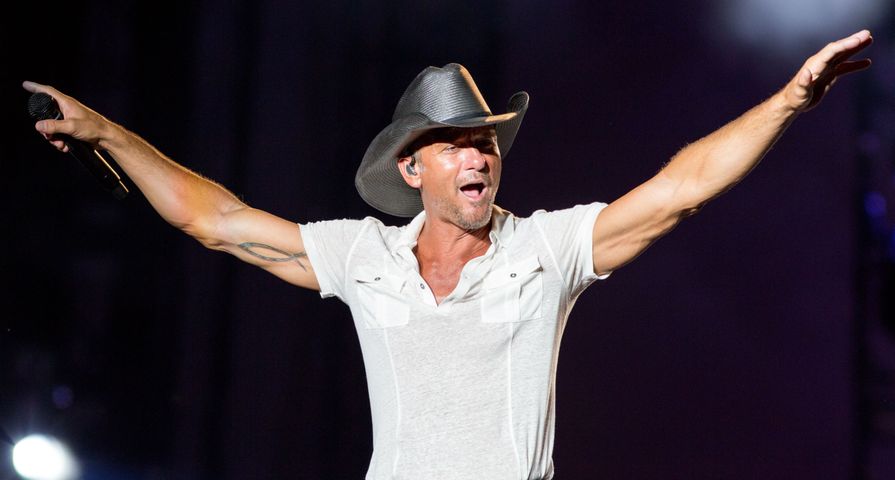 Over the years there have been a few stories of celebrities showing up to weddings unannounced and putting on a show, and one lucky couple recently got that surprise from longtime country star Tim McGraw.

On Saturday, August 27, Lisa White and Paul Getz tied the knot in Philadelphia, and White’s father, David, had arranged the stellar surprise for his daughter. On the big night, David White was able to get McGraw to not only surprise the pair but to perform his song “My Little Girl” during Lisa and David’s father/daughter dance at the reception which was held at Vie.

“They went through about one line of the song and then right after that Lisa turns around and sees that Tim McGraw was singing to her. Everybody was spellbound in the place,” Paul Getz Sr. told CBS Philadelphia. The 49-year-old singer got right into the performance, however, and continued on with other songs including “Live Like You Were Dying” and was dressed in a a tux and his signature cowboy hat.

“It just capped off the entire excitement of the day and made it even that much more special for two really special people,” Getz Sr. added. The groom was able to get a photo of himself with his wife and the country star and posted it on Twitter and writing, “Thank you to @TimMcGraw for making my wife and I’s wedding night so awesome.” He later added in a radio interview, “Originally she thought, ‘Why did my dad hire a Tim McGraw impersonator? and then she realized it was actually him. It was absolutely unbelievable and he was such a great guy. He played for about 45 minutes and played eight or nine songs and then we got to hang out with him a little bit afterward backstage.”