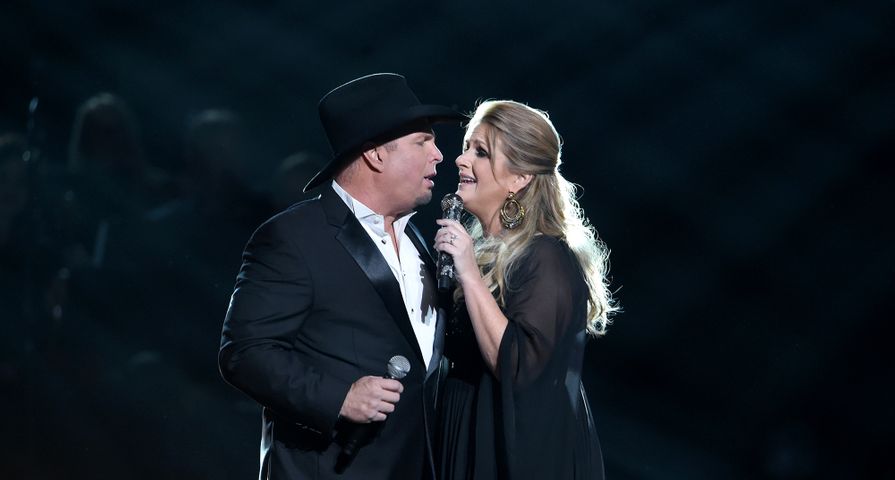 Trisha Yearwood and Garth Brooks are one of the most beloved couples in country music. They have an adorable love story that fans have watched unfold ever since they stepped into the spotlight as two separate artists and began traveling together on the same tour. Without timing on their side, these two didn’t actually get together as a couple until nearly 15 years after they’d met! In honor of their 11th wedding anniversary, here are 7 things you didn’t know about the cute couple!

7. Since the Moment They Met

Garth Brooks and Trisha Yearwood first met back in 1987 when they recorded a demo together. Brooks told Ellen DeGeneres during an appearance on her show that he felt like she was his wife from the second he first met her. “[Songwriter] Kent Blazy introduced me to Ms. Yearwood, and he goes, ‘I knew you were going to like her,'” Brooks recalled during an appearance on Ellen. “When she left, he goes, ‘What did you think?’ I said, ‘Well, it’s strange, because I felt that feeling like when you just meet your wife, but I’ve been married for 13 months,” he said. The timing was never right for these two, but the second they were both available they started dating and have been together ever since. 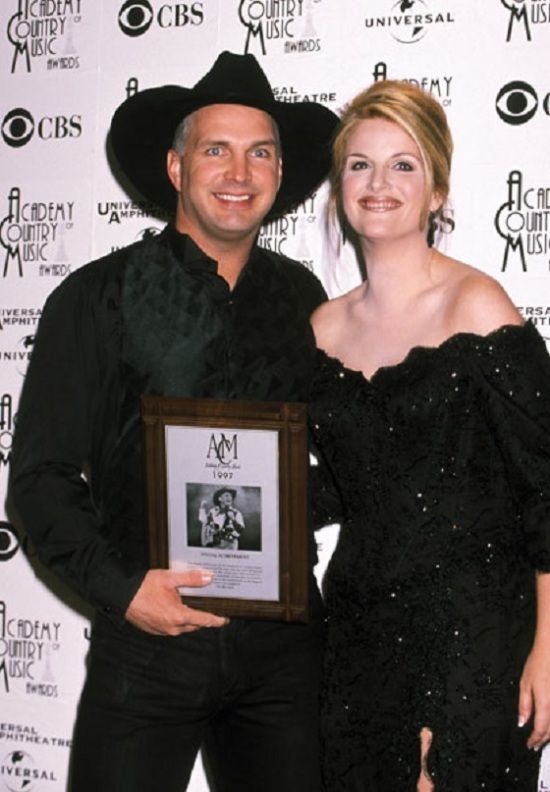 Trisha met Garth Brooks at songwriter Kent Blazy’s attic studio back in 1987. They were both just starting out as artists when they recorded a demo together. Trisha was paid $10 and Garth wasn’t paid at all! Neither of them had any idea of what their future would be. “We hit it off. But I had no idea he’d turn out to be Garth Brooks!” she said in an interview. The two hit it off immediately and became friends. The song was a demo for Trisha’s debut CD. Brooks told her that if she got a record deal, he would let her come and open his shows. True to his word, two years later they went out on tour together and she was his opening act. 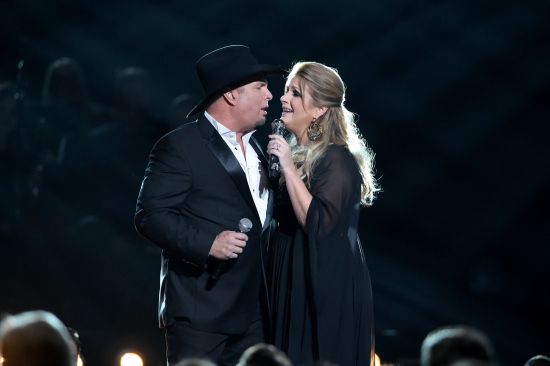 The “Friends in Low Places” singer planned an extremely public proposal for his fellow country singer wife. He asked for her hand in marriage on May 5, 2005, in front of 7,000 screaming fans at the unveiling of a bronze statue of himself at Buck Owens’ Crystal Palace in Bakersfield, California. Brooks had announced his retirement five years earlier in 2000, but on that day, he once again strolled onto the stage with Yearwood’s hand in his and pulled off the gold cloth to reveal an 8″ tall statue with a ring on its finger. Brooks pointed to the finger and when Yearwood realized what was happening she said, “You’re not going (to do this) in front of these people?” but he was! He got down on one knee, took off his hat and asked her to marry him. 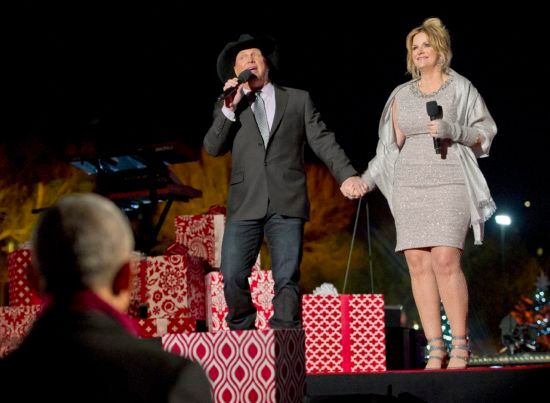 Brooks and Yearwood were friends for a long time while they were both married to other people. Brooks was married to his college sweetheart, Sandy Mahl, from 1986 to 2001 and Yearwood was married to her first husband, Chris Latham, from 1987 to 1991 and then Mavericks member, Robert Reynolds, from 1994 to 2000. Brooks has since said that even from the first time he met Yearwood while on tour and when they sang the duet “Like We Never Had a Broken Heart” together on Yearwood’s debut album, he knew there was an undeniable chemistry between them. However, he was committed to being a good husband and spending his life with Mahl, the mother of his three children, Taylor, August, and Allie.

They married on December 10, 2005, at their home in Owasso, Oklahoma. Their wedding was extremely intimate and private with only four family members present. “It’s the perfect Christmas gift to each other. We could not be happier,” said Brooks in a statement. 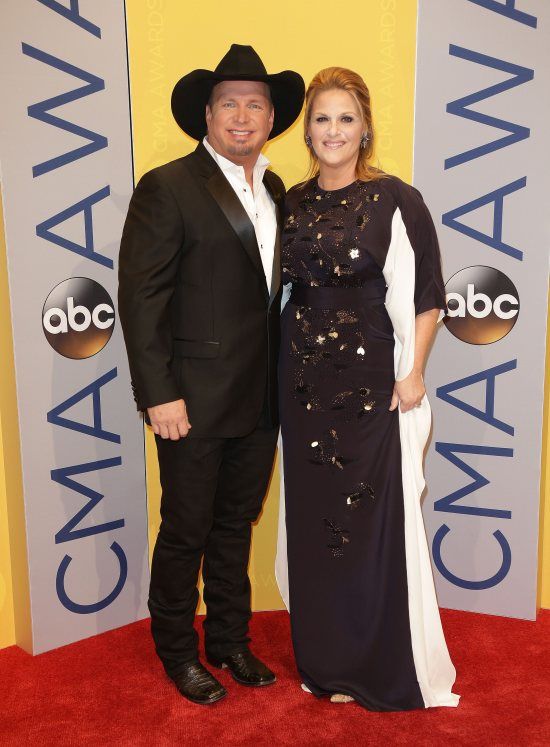 It’s pretty clear from what these two say about each other that they are head over heels in love, but Garth Brooks thinks so highly of his wife it’s absolutely adorable! He’s definitely not afraid of letting the world know how amazing she is: “This was somebody I always enjoyed being around, and we had a lot more in common than I ever dreamed we did. And so we started seeing each other after the divorce. We’d known each other music-wise, but we got to see each other as people. And I’ve got to tell you, if you like her and don’t know her, you’ll love her. If you love her and don’t know her, you’ll worship her. She’s the real deal,” said Brooks. “I’ve got to tell you, I never knew it could be like this. I never knew that everyday you could wake up and feel like this. And I have God and I have Ms. Yearwood to thank for this.”

It’s hard to make it as a couple when one person in the relationship is a touring artist — let alone two! These two have managed to stay together for almost 15 years and it’s mainly because they don’t spend a lot of time apart. It also doesn’t hurt that underneath it all, they’ve got a friendship that dates back nearly 30 years. When asked how they make it work during an interview with Parade, Trisha said: “I just think we’re meant to be. It will be 11 years this December that we have been married. But we’ve known each other for 27 years. We have a friendship that’s a great base for all of it. We made a conscious effort when we got married not to be apart. Garth was retired but I wasn’t. So when I moved to Oklahoma I cut my tour dates way down. Then I eventually didn’t tour. That’s how my cookbook began…99 percent of the time we’re together. We don’t spend very many nights apart.”