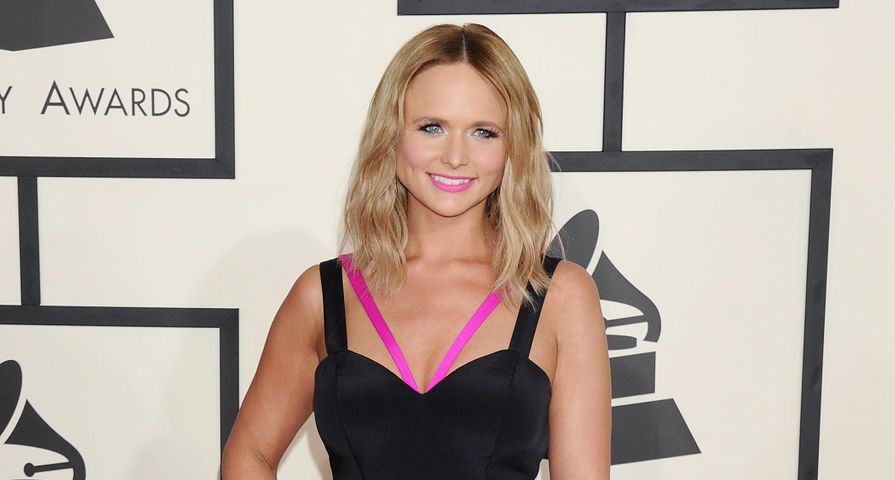 A lot of hearts were broken this past summer after two of the hottest country artists, Miranda Lambert and Blake Shelton, announced their divorce. In light of Blake’s new relationship and public escapades with Gwen Stefani, we’ve decided to shed a little love on Miranda and create a list of potential bachelors for her to date. Despite her ex’s quick fix with his co-star, this country gal isn’t shedding a tear and we don’t blame her. She’s at the peak of her career and enjoying a lot of success. Forget Blake, we want to see her with a new hot bachelor! Lucky for her, we saved Miranda from the tedious hassle of looking for love and made a list of the top 10 eligible men we think would be a great fit for her.

Chris is a 34-year-old actor from Boston is best known for his role as Captain America…so we thought, who better to sweep Miranda off her feet than a superhero? Not only is Chris a hot Hollywood actor, but not too long ago, in September, Chris told ETonline that he’s definitely still single and ready to mingle. He also dished that he considers himself ‘a very romantic guy.’ He’s not the typical country charmer, but he’s single and romantic, so it sounds like he definitely fits the bill!

This 23-year-old tight end player from the Arizona Cardinals is a tad young for Miranda, but we figure with her light-hearted fun spirit these two could make it work. After all the fuss and muss over her divorce, it’s time to have a little fling with no-strings-attached and this professional athlete is the perfect score for Miranda. This NFL player is tall, dark and handsome, which is exactly Miranda’s type! Not to mention, the Arizona Cardinals are Miranda and Blake’s favorite football team…so what better way to stick it to Blake than date a young hot guy on the team he cheers for? Ouch.

This 34-year-old reality star is no stranger to love as he was the star of ABC’s 19th season of The Bachelor. We couldn’t make a list of potential suitors for the queen of country without including prince farming, now could we? These two single stars would definitely have a thing or two in common because Chris Soules is downright country. He was born and raised on a farm in Arlington, Iowa, but he’s also no stranger to fame. We know he wouldn’t have a problem with Miranda’s spotlight because Chris has been the focus of the media’s attention since his time on The Bachelor and Dancing With The Stars. We think it would be great for him (and her) to date someone who shares the same country roots and can rock a red carpet.

Born in Florida and raised on a farm in North Carolina, Chase is the perfect country man for Miranda. He’s rather new on the scene and only 29-years-old, but his boyish good looks and musical talent have shot him to the top of the country charts as of late. Chase is definitely a man’s-man and been described as a “bro-country singer” which is perfect for Miranda because she definitely not the type to fall for some Hollywood pretty boy. I mean just look at that smile! Want another reason to love Chase Rice? He co-wrote the single ‘Cruise’ sung by Florida Georgia Line — it’s the single that put them in the spotlight. Combine lyrical talent like his with Miranda’s and we can only imagine the hit country songs they would write together.

The Eastwood name automatically makes the hearts of many women flutter and we don’t blame them. This 29-year-old California actor and model is the son of famed actor and director Clint Eastwood. And we’ve got good news, he’s also a free agent on the dating market! We think him and Miranda would make a hot couple. He’s not exactly a country boy, but he’s definitely got the rugged good looks of a country man. Even Blake would be jealous of Miranda if she got to date Scott Eastwood…I mean who wouldn’t be?!

Brett’s definitely on the same playing field as Miranda’s musical success as he’s got three number one singles from one album! Raised in Illinois, he’s a 29-year-old singer and songwriter. Brett’s the definition of ruggedly handsome, plus he’s single! This humble country artist would be a surprisingly perfect match for Miranda. Unlike some other artists on the country scene right now, Brett co-wrote every song on his new album, so we know he shares the same golden values as Miranda. Now that’s what we like to hear! We definitely want these two to collaborate on some good ol’ country love songs in the near future.

Cole is a 32-year-old musician from Glennville, Georgia. His fun lovin’ laid back attitude is perfect for Miranda. It’s pretty obvious he’s not one to be caught up in any Hollywood drama and she’s a fiery country girl with a no-nonsense attitude. Cole is another one of those ‘bro-country’ singers and he’s definitely got the country swagger to back it up. He’s got a lot of cute, flirty songs about courting country gals which makes us think he’s the perfect guy to draw Miranda back into the dating scene.

Sam Hunt is one the sexiest country artists right now and his unique take on country music makes him even more intriguing. This 30-year-old singer and songwriter from Georgia is so good looking it’s almost hard to believe he’s still single. Not only is he creatively talented, but he was also a former college football player, and from the looks of his hot body, we think he would have done quite well as a professional athlete. Now, he might be young on the country scene, but he’s been enjoying the success of a veteran artist. We’ve recently learned that Sam and Miranda will be touring together in Europe and are really hoping this turns into a hot country romance!

Jim Smeal
Things You Might Not Know About Harry Connick Jr. And Jill Goodacre's Relationship

Jake is a 34-year-old veteran country artist from Vero Beach, Florida and is almost too perfect for Miranda. We know she likes them tall dark and handsome, so who better than Jake? Similar to Miranda, Jake’s marriage ended this past summer, and it’s pretty clear with the ‘Gwake’ romance that nothing brings two people closer than bonding over heartbreak! Let’s face it, Jake and Miranda could do a lot worse with rebounds than to hook up with one another. These two musicians would make a beachin’ hot couple!

You’re probably wondering what landed this 35-year-old Nashville star in our number one spot. Well for starters, he’s incredibly cute! Like Miranda, this star is enjoying a lot of fame with his new album, Wild Ones. In a recent interview with Glamour, Kip said there’s definitely going to be a Mrs. Kip Moore by the time he’s 40…tick tock! Looks like Kip is on the prowl and who better to lock down as a wife than a blonde bombshell like Miranda Lambert. He also stated that he’s not like other guys: he has an old-fashioned character and “doesn’t give a sh-t if [he] doesn’t fit in.” Sounds like he’s got a bit of Blake’s sassy mouth — we like him! He’s exactly what Miranda needs, a man who’s a little rough around the edges and knows how to rock a country song.