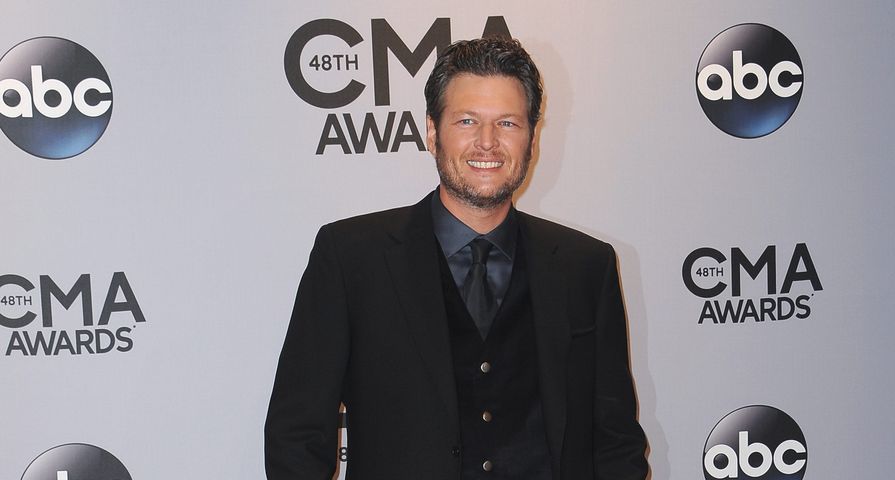 Country music isn’t all sunshine, beer drinkin’ and tractor driving. The genre is marked by heavy and emotional songs and, while this has given fans many of their favorite hits and ballads, sadly it comes straight from the lives of the stars singing them. Many of country music’s biggest stars live the life of glamor and fame but, behind that, linger some horrible tragedies, which they have dealt with. From difficult childhoods to unbelievable personal losses, these stars have overcome, or attempted to overcome, the unthinkable when it comes to tragedy in their lives. Check Out 12 Country Music Stars With Truly Tragic Pasts.

Whitney Duncan is relatively new to the country music scene after she finished in fifth place on Nashville Star in 2007 and self-released her debut album. While dealing with the hardships of a career in the music business, she also had to deal with the loss of a loved one. In 2011, Duncan’s cousin Holly Bobo went missing, a case that made headlines for years, as it took three years until Bobo’s remains were found on September 7, 2014. Three people have been charged with Bobo’s murder and the investigation into her disappearance and death continues. 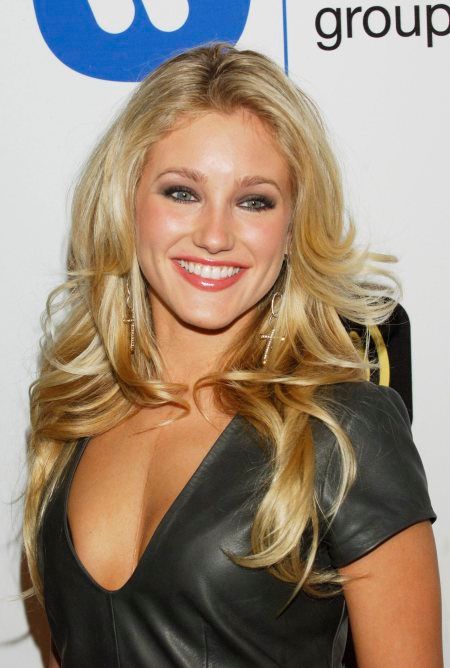 Reba McEntire may be one of the most iconic female country stars of her generation and is known for her infectious humor, smile and good nature; however, behind that smile lies a tragedy. On March 16, 1991, while on tour for her album Rumor Has It, McEntire lost eight members of her band, as well as her manager, and a pilot and co-pilot in a  plane crash near San Diego. McEntire and her husband were not on the doomed flight, which crashed due to poor visibility only minutes after leaving the airport. McEntire dedicated her sixteenth album, For My Broken Heart, to her deceased road band. 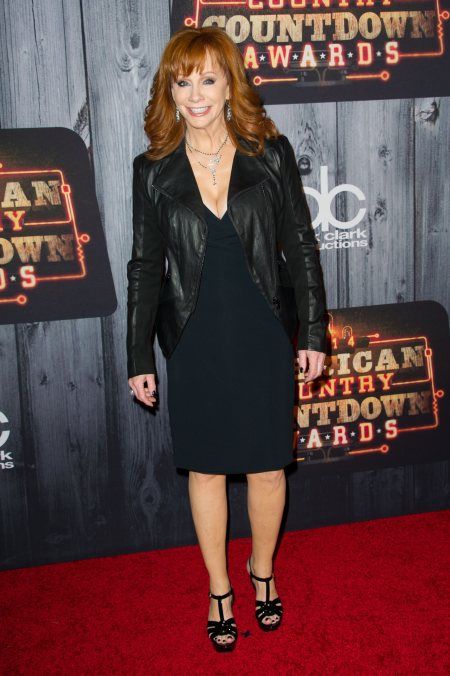 Johnny Cash suffered with many personal demons before his own death in 2003 and, while many are well aware of his struggles with drugs and alcohol, the hardships in his life began well before he was a legendary singer. When Cash was only 12-years-old, his favorite brother, Jack, was accidentally pulled into a saw at a mill he was working at and suffered horrible injuries. Jack suffered for more than a week before dying at the age of 15. Cash often talked about the guilt he felt over his brother’s death as he had gone fishing with his other brother that day and cited Jack’s death as a large influence on his work. 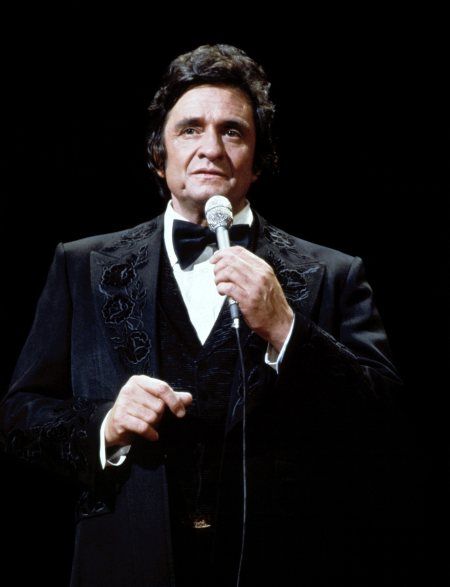 Mindy McCready, born Malinda Gayle, enjoyed early success in her career and put out five albums between 1996 and 2002, with 12 singles making it onto the Billboard country singles charts. After 2002 she was still in the news for less pleasant things, as she was a victim of domestic abuse. In 2005, her boyfriend was arrested for attempted murder for beating McCready. Two months later, she attempted suicide by taking an assortment of drugs mixed with alcohol. She was unsuccessful and got back together with her abusive boyfriend and became pregnant. She attempted suicide once again by overdosing on antidepressants while pregnant with her son. After the birth, her life grew more troublesome with another suicide attempt, a sex tape, and an affair with the MLB’s Roger Clemens. In 2012, she gave birth to her second child. On January 13, 2013, the child’s father David Wilson was found dead of a self-inflicted gun shot wound. One month later, on February 17, 2013, McCready was found dead on the front porch of her home, the same place where Wilson was found, of a self-inflicted gun shot wound. She was only 37-years-old. 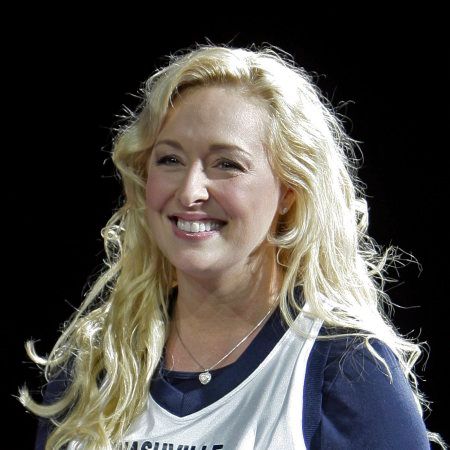 Willie Nelson has gone through his fair share of issues and the ’90s weren’t a great time for him. On December 25, 1991, his son Billy was found dead. Billy had committed suicide by hanging himself. Only months prior to his son’s death, Nelson had many of his possessions repossessed by the IRS to settle a $32 million debt. 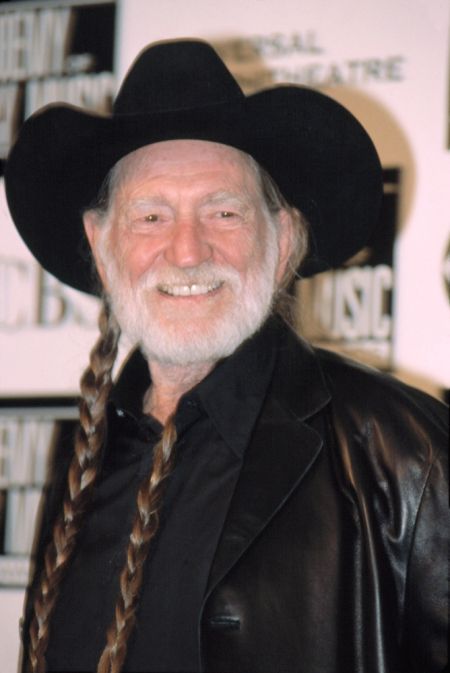 Loretta Lynn is a legendary country music singer who has overcome a lot in the music industry and her own life, as she has survived two of her six children. In 1984, her second child and eldest son, Jack Benny, died at the age of 34. Jack had taken his horse out for a ride on the family farm when he tried to ford the Duck River. Unfortunately, the current was too strong and Jack drowned. At the time, Lynn had been found unconscious in her home and was treated for exhaustion, meaning she wasn’t immediately told about Jack’s death. On July 29, 2013 she lost another child, her eldest Betty Sue, who died at the age of 64 from emphysema. 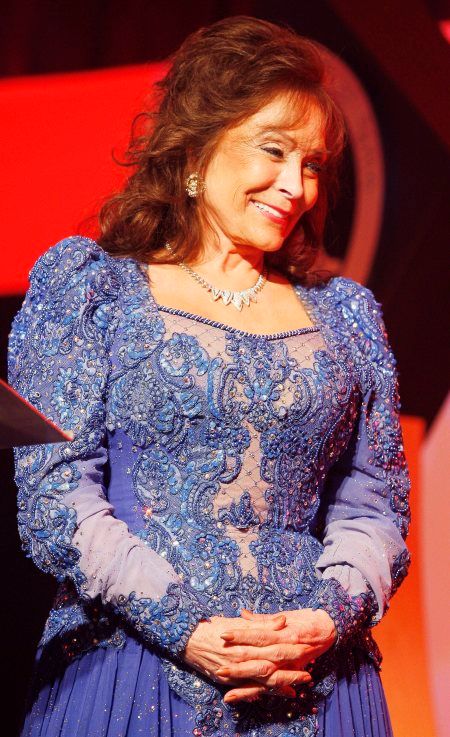 Randy Rogers, the lead singer of the Randy Rogers Band, also suffered the death of a child in June, 2015. Randy and his wife Chelsea welcomed their third daughter Rumer Rain Rogers on June 3, 2015, but the newborn died a week later on June 9. “She died in our arms and in no pain,” Randy said after the death. “She was absolutely beautiful in every way. Her brain however was very sick. She died after a week-long battle with a very rare condition.” Apparently, at the time of her birth, Randy said “she wouldn’t eat and wouldn’t wake up” and, despite their concerns, doctors assured them many babies think they are still in their mother’s belly; however, after eight hours, she was rushed to the NICU. After six days, the newborn was diagnosed with nonketotic hyperglycinemia, a rare genetic disorder. 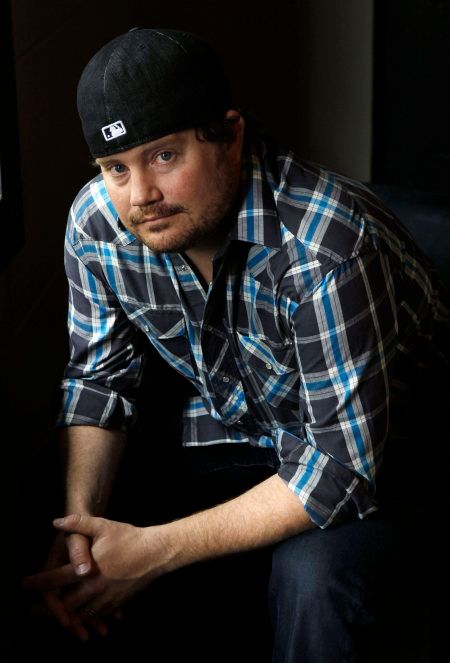 Few have contributed as much to country music as George Strait who has become known as King of Country, yet in the middle of the peak of his career, Strait had to overcome the unthinkable. On June 25, 1986, his daughter Jenifer was killed in a car accident in San Marcos, Texas. She was only 13-years-old. In their daughter’s memory, Strait and his wife started the Jenifer Lynn Strait Foundation, which donates money to several children’s charities in San Antonio. 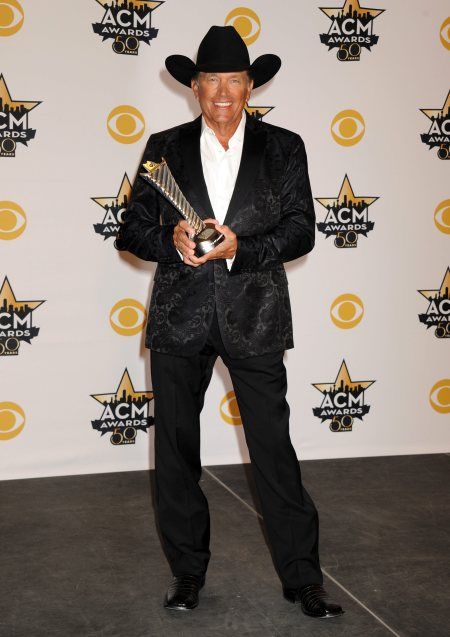 At 47-years-old, Gary Allan is still creating great country music after debuting his first album back in 1996; however, his thriving career comes at a great personal cost, as he poured himself into his music following a tragedy in 2004. On October 25, Allan’s third wife Angela Herzberg, who he had been married to for three years, committed suicide. Angela had been suffering from depression and migraines and Allan had just come home from touring to find she was physically sick from her migraines. Telling the story years later, Allan recalled that she asked him to go check on the kids, but when he said that he had just done that, she got him to leave the bedroom by asking him to get her a Coke. When he was in the kitchen, he heard the gunshot. Angela had killed herself with the pistol he kept locked underneath the bed when he left the room. His pain and guilt from the loss resulted in his 2005 album Tough All Over. 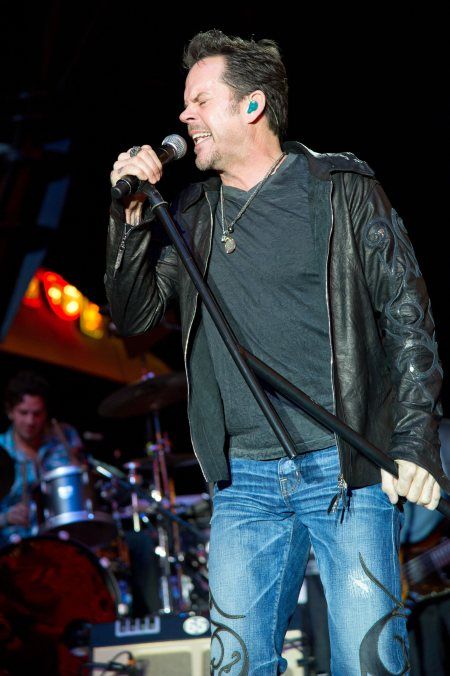 Shania Twain’s influence on music in general is widespread, as she is one of the first to make the country-pop transition. Although she has had a majorly successful career, it all started with a very tough upbringing. Twain grew up very poor and, by eight-years-old, she was already singing in bars trying to help with income. Making matters worse, her stepfather was abusive to her mother. At the age of 21, Twain lost both her mother and stepfather in a car accident. She moved back to Timmins and took responsibility for raising her two youngest siblings. 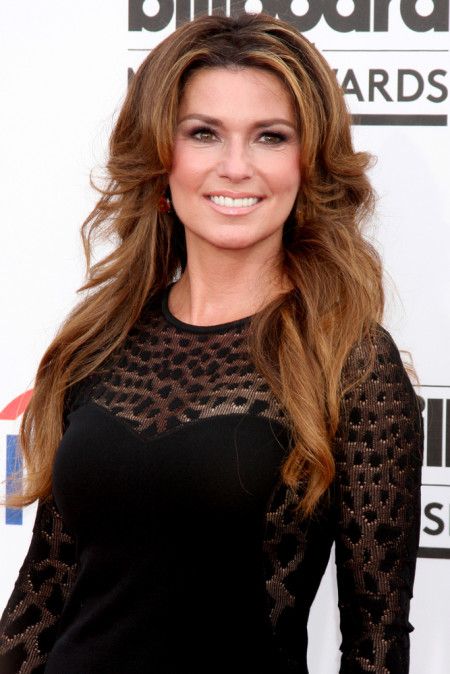 Like many other country stars, Blake Shelton also dealt with the loss of a family member before he was famous and later told the story through his songs. On November 13, 1990, when Shelton was 14-years-old, his older brother Richie Shleton was killed in a car accident; he was 24-years-old. Shelton wrote about the tragedy with his now ex-wife Miranda Lambert in the hit song “Over You,” which was performed by Lambert. “Blake said he couldn’t record it for himself or sing it onstage every night, but he would be honored for me to,” Lambert said. The song found major radio success and won a Country Music Award for Song of the Year, as well as the American Country Music Award for Song of the Year. 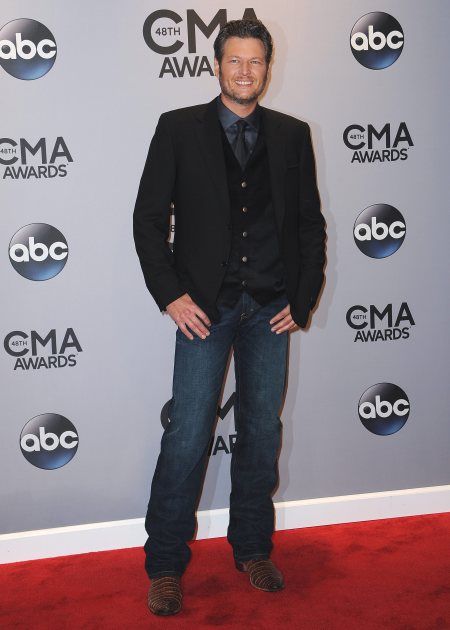 7 Things You Didn't Know About 'Reba'

The broad grin and happy-go-lucky nature of Luke Bryan would never indicate the extent of personal tragedy the country superstar has suffered through his life. Just before Bryan was set to move to Nashville to begin his music career at 19, his older brother, who was 26, at the time died in a car crash, causing Bryan to stay close to home instead. Years later when Bryan made it to Nashville and was enjoying the success of his first big hit “All My Friends Say,” his older sister Kelly died suddenly at the age of 39 and a cause is still undetermined. “My only older siblings… gone from the world, in a flash in two, two different crazy, tragic manners, that… we’ll never know, and never understand,” he said of the loss of both siblings. Unfortunately, tragedy struck one more time when his late sister’s husband, Ben Lee Cheshire also died unexpectedly at the age of 46 in 2014, leaving three children behind. After his death, Bryan and his wife Caroline took in the youngest of Ben and Kelly’s children. 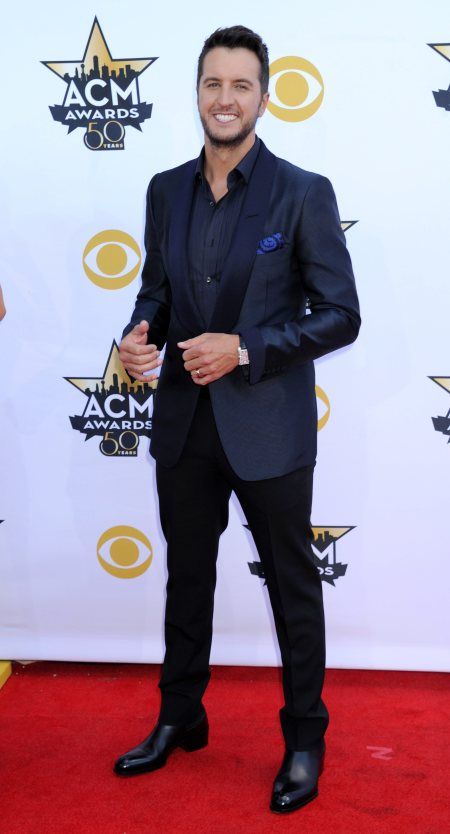