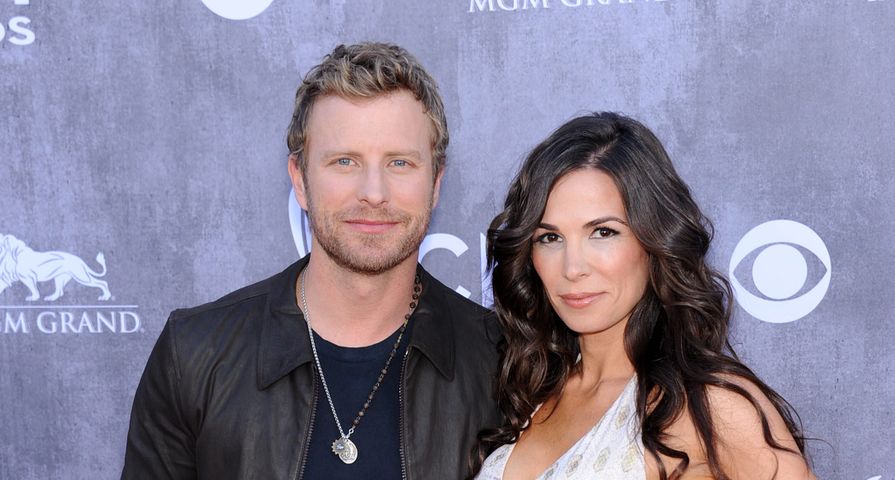 Dierks Bentley and Cassidy Black are one of the cutest couple’s in country music! Dierks’ wife, Black, is generally very private and has stayed out of the public eye unlike her husband, but she makes an appearance on the red carpet a few times a year beside husband. Because she likes to remain out of his stardom, not much is known about their relationship! One of the things that makes these two just so adorable and loved by fans is their incredible love story. Dierks and Cassidy are celebrating their 11 year anniversary this month, so here’s a look at 10 things you probably didn’t know about their relationship!

Cassidy Black and Dierks Bentley grew up together in Phoenix, Arizona. In 2009, Bentley divulged details about how they started dating during an interview with Country Weekly and said that he had a crush on her in grade 8 when he was dating her best friend. Eventually Black and Bentley started dating on-and-off. “We met in eighth grade, back in Arizona. It’s a pretty crazy story of just going back and forth with the right time or the wrong time, or right place, wrong time, all that stuff,” he said.

Bentley and Black have been dating since they were kids, so what took so long for them to tie the knot? They didn’t actually get married until he was about 30! The obvious answer is the fact that Bentley was busy chasing a career as a musician, touring around the country and spending his evenings playing in dive bars and clubs, which isn’t exactly good for a relationship. But according to Cassidy, he was simply “trouble” which is all it boils down to. “[I] wasn’t cool enough. I was way too immature and into drinking beer and guns and blowing things up,” said Bentley. He moved to Nashville when he was 19 and eventually she moved to San Francisco to work for an advertising firm — so they were quickly separated by distance. Apparently, he used to write her crazy love notes from afar and never gave up hope that they’d be together. “That’s why I married her! I was worried I’d get blackmailed with those letters!” he joked.

8. The Moment He Knew

Dierks Bentley can pinpoint the exact moment he realized he wanted to marry Cassidy Black. It was during his tour with George Strait when they were playing in Las Vegas back in February 2005 and Black came to visit him on the road. “I remember seeing her walk on the bus, and I just knew (snaps fingers) — I just knew, ‘I’ve gotta make this work. I don’t care how busy I am. This is the one I want to be with,'” he said.

Instead of having the traditional ceremony, Dierks and Cassidy eloped on December 17, 2005. In fact, they wasted no time once they knew they wanted to be with each other! The morning he proposed, they headed to Mexico and tied the knot. “I ended that tour in Las Vegas, playing the House of Blues, and we went to Mexico, and three days later, we got married. Probably one of the things I’m most grateful for is some of the success coming later as it has, because it’s really nice to share it with somebody. When it starts, it’s so nice to share a lot of ups, a lot of downs, a lot of in-between moments with her,” he said.

Dierks and Cassidy waited a few years before they started having children, but now they have three! Their eldest child is a daughter named Evelyn “Evie” Day Bentley, born on October 4, 2008. On December 25, 2010, they welcomed another daughter, Jordan Catherine Bentley and then finally a boy named Knox on October 9, 2013. “I thought the other day about what I’ve been through the last ten years, and it’s crazy. Being married is one thing, but having kids will completely change you. I still go out and hang with my buddies, but having two daughters will completely change your perspective on the world,” he said in an interview with Billboard.

Thanks for Bday wishes. One from a few years back. think @jimmykimmellive would approve.

It’s not surprising that a country artist would have a few songs dedicated to his beau back home. The song “Long Trip Home” off his 2007 album is about his relationship with Cassidy and how he made so many trips across the country just to see her until they finally got married. “That song sums up 2005 for me. She stays home and takes care of our house and two dogs; no kids, yet,” he said.

In an interview with Billboard, Bentley admitted that his wife, Cassidy was the influence behind his newest album, Black. “That’s the main woman’s touch — my wife’s maiden name is Black. That’s where I got the title from. When I wrote that song, it became the cornerstone of the record. It’s a very passionate song, one with a whole lot of layers to it. I guess you could say that’s the ultimate woman’s touch right there for me,” he said.

Apparently, Cassidy and Dierks’ home is very unique! It’s in the shape of a triangle which Black describes as a “slice of pie.” “It’s a pie in the sky, with a juvenile detention center motif…I tell you what’s the key to this whole house, and why I’ve always loved it. It’s the quality of life. I can walk to my management company from here. I can walk to the studios where I do most of my work. And when I’m gone, Cass can walk across the street to [a coffee and sandwich shop]. She can take Evie to the post office, they can go to the dry cleaners. She’s got friends nearby and she’s able to be around spontaneous happenings, as opposed to being stuck out in the middle of nowhere. I’m right here in the middle of my career, but I can walk in this door and escape it. It’s home,” said Bentley.

2. Staying Out Of Trouble

In an interview with One Country, Dierks acknowledge how relationships can be tricky for musicians, especially in the age of social media, but he does pretty well to stay out of trouble. “Social media can be an interesting component of relationships. Twitter. I think I’ve been pretty good. After our show’s over, we’re a pretty tight knit group, we just throw our own little parties backstage. I might stay up too late and have a few too many drinks but I’m pretty good at staying out of trouble,” he said. He joked that he’s glad he doesn’t have any ‘interesting’ stories about being in the wrong place at the wrong time! That’s probably for the best!

Dierks has admitted that he likes his wife’s maiden name more than his own last name! This is pretty clear from his latest album which is called Black. In fact, when they were about to get married, he said he tried to convince her to keep her last name. “When we got married, I was like, ‘You should just keep the name Cassidy Black, it’s so cool.’ I’ll change my my name to Dierks Black. I just like the color black,” he joked. This doesn’t surprise us because his outfit of choice is typically a black t-shirt and jeans!