The Bachelorette‘s Dale Moss has opened up about his split from Clare Crawley!

Moss took a few days off social media to process the split from Crawley, then took to Instagram stories to shed some light on this situation and how he’s been feeling.

“I finally feel comfortable getting on here after having some time to process everything that’s gone on,” he began. “I know a lot of y’all have seen me smiling on social media and say I don’t seem as hurt or burdened by this, but that’s the farthest thing. This time has sucked.”

“Thank God I have the friends and the family that I’ve had because they’ve literally had to carry me through the last two-plus weeks,” he added.

He continued to share that there is “no one to blame” in this situation and pointed to the difficulties of developing a relationship in public. “Building a relationship, in general, is tough, especially when you’re doing it in the public eye. Media will take things and run with them. People will spread lies or always want to point the finger. But the fact of the matter is, there’s no one person to blame in this situation.”

Moss also seemingly denied Crawley’s claim that she was only “made aware of a ‘mutual’ [split] statement at the same time” Moss announced the breakup on Instagram. “Like every relationship, we’ve had our ups and downs and gone through our own things. But the statements that came out, this didn’t come out of nowhere,” he said. “I love Clare and respect Clare enough to let her know how I feel, even if that’s against the expectations of everybody else.”

“While this is going to be difficult, what you’ll see from me is trying to practice what I preach and continue to put my best foot forward each and every day. While trying to find some sense of normalcy, I’m also going to try and find joy and happiness in each day and continue to share that. Everything else is in God’s hands.” 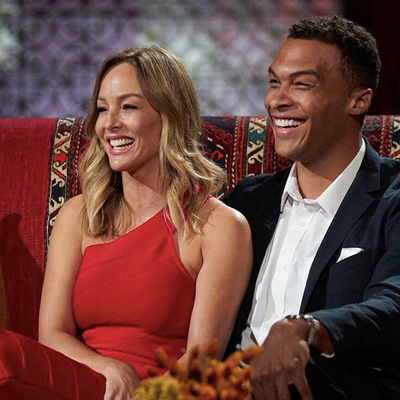