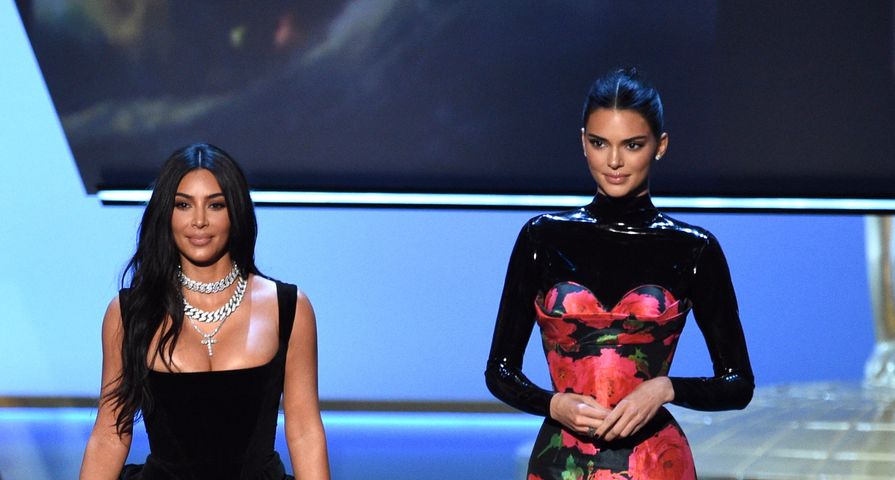 The 2019 Emmy Awards celebrated the best in television on Sunday, September 22 at the Microsoft Theater in Los Angeles.

The night was full of big name celebrities, big wins, inspiring speeches, and some unexpected laughter for Kim Kardashian and Kendall Jenner. The Keeping Up With the Kardashians stars took to the stage to present the award for Outstanding Reality TV Series and their introduction made the audience laugh, but they weren’t telling a joke.

“Our family knows first hand how truly compelling television comes from real people just being themselves, telling their stories, unfiltered and unscripted,” Kim said on stage, causing laughter to break out among the famous audience.

While the laughter was unexpected and a little awkward considering they weren’t trying to be funny, the pair continued on with their intro.

Although they didn’t mean to elicit laughs, the famous sisters were also down one as Kylie Jenner was also supposed to present with them but couldn’t attend because of a sickness.

While Kim has graced the Emmys red carpet twice beforem with  Kourtney Kardashian in 2009 and with her mom Kris Jenner in 2010, this year marks the first time Kendall has attended TV’s biggest night.

“I was just looking back at footage and I came in 2009 and sang this little bit about reality shows with Jimmy Fallon when he hosted and it was super embarrassing,” Kim shared with Giuliana Rancic on E!’s Live from the Red Carpet.

“A lot of the kids weren’t even watching it. But I do remember having a very positive association with it. My friends weren’t weird about it. They weren’t mean,” she said.  “It was actually okay. It didn’t change my life as much as you would have thought it would. Everyone was super cool. It felt normal in a way.”