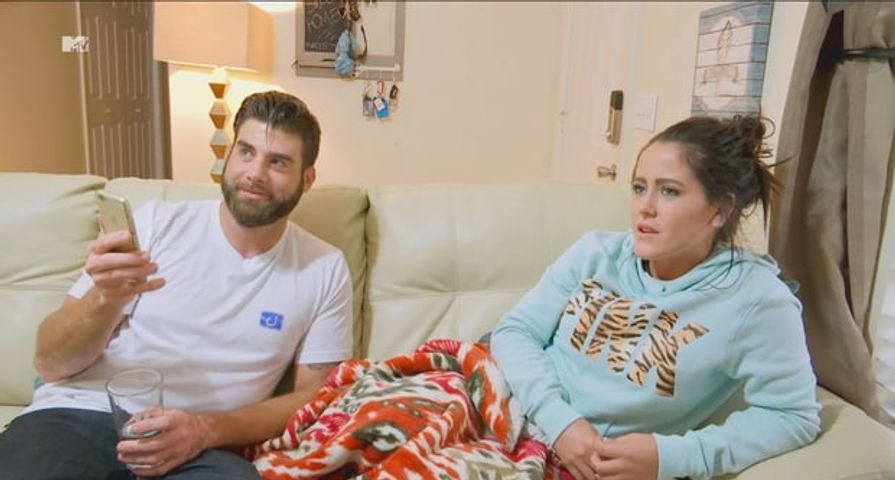 Another Teen Mom 2 episode, another baby bump! Fans of the popular MTV series and its stars are well aware by now that both Chelsea Houska and Jenelle Evans are expecting babies very soon, but last night’s episode revealed Evans’ pregnancy back when she was still trying to keep it a secret!

To start off, Leah Messer was still dealing with moving after a lot of stress, and lot of drama with her ex-husband Jeremy Calvert in last week’s episode. To celebrate being a homeowner, and to try to unwind, Messer decided she wanted to go to Mexico on vacation with her daughters Ali, Aleeah, and Addie which of course meant dealing with both of her ex-husbands. Luckily, everything worked out with Jeremy and Corey and she was able to plan her getaway with her girls.

While Chelsea has been living in bliss with Cole, and after the pair had just revealed their own pregnancy, this episode once again saw Chelsea dealing with Adam drama. To absolutely no one’s surprise, Aubree’s father had not been paying his child support regularly, and Adam’s other ex, Taylor, also told Chelsea that he hadn’t been paying her child support either, so she was taking him to court. Of course, producers went and talked to Adam and after complaining he was portrayed fairly on the show also said that he was completely caught-up on all of his child-support payments.

Meanwhile, Jenelle Evans and her boyfriend David Eason teased a recent “shock” they had had, but said little else. It wasn’t too hard to determine they were talking about a pregnancy, especially after Evans’ expressed her concerns over what others would think and added, “I’ll just start wearing big hoodies from now on.” When producers flat-out asked the pair if they were pregnant, they denied it completely, but only a few days later the pair were involved in the minor car crash in which Evans told police she was about 10 weeks pregnant, and that’s when the news was leaked to everyone.

Then, of course, Kailyn and Javi were trying to navigate life as a separated couple now that Javi had returned from deployment. Kailyn was shockingly cold and at times downright rude to Javi as he kept coming over to get his things and tried talking to his soon to be ex-wife. Her attitude towards Javi was so harsh, Kailyn was instantly flooded with extremely hateful remarks from viewers on social media as the episode aired.