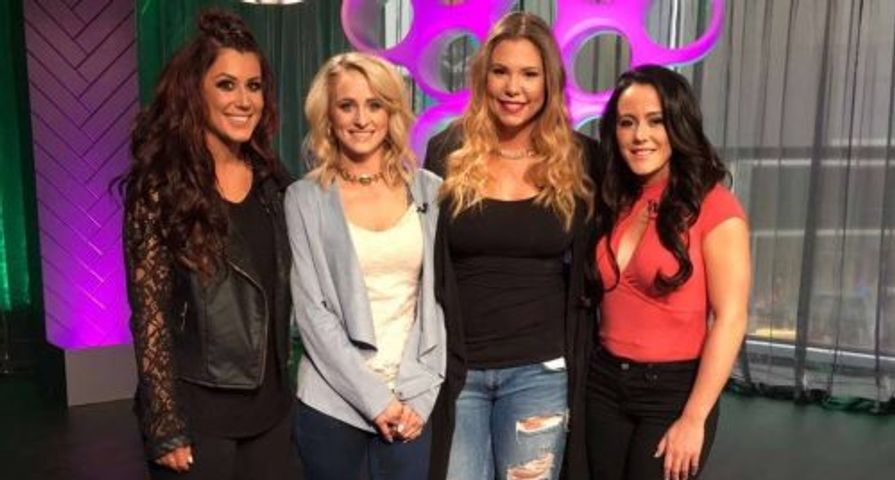 Drama with exes and parents came full force on this week’s episode of Teen Mom 2! Follow along below for the five biggest moments from last night’s episode:

Kailyn Lowry and her ex Javi Marroquin began to reconcile after Lowry dropped her Protection From Abuse order against her ex. Kailyn was happy to be done with the drama and avoidance, but her ex seemed to be happy for a whole other reason. “When’s the last time we were together like this?” Javi asked. “Who would ever thought we would be here?” His flirtation was not reciprocated and Kailyn snapped back, “Don’t start. Stop being so awkward.”

Last week, Leah Messer’s daughter Ali had to be taken to the hospital because she was having trouble breathing which made Leah worry that it was related to her muscular dystrophy condition. “If it is really becoming a struggle for you, maybe you should start using your wheelchair wherever you go,” Leah told her daughter. Ali halfheartedly agreed and Leah tried her best to make the situation less traumatic.

Briana DeJesus’s ex Luis promised he would help out during her pregnancy but fell back on his word. He told her he would move closer but ended up looking at houses up to 30 minutes away which upset Briana. “I don’t want to do this by myself. I’ve been down this road already,” she shared. “We could’ve done this together.”

Despite Chelsea Houska’s baby being only a few months old, she and her husband Cole DeBoer are considering having another child. “We have baby fever,” Chelsea said. “I just feel like it’d be fun to have kids really close together.” The two eventually agreed it might be better to wait until after the wedding reception to try again.

Jenelle Evans was preparing to take her mom to court and both parties revealed their confidence that they would be the one to recieve full custody of Jace. “Jenelle is the one who did this,” Barbara told producers. “She hurts me so much it’s sickening.”

The bickering between the mother-daughter duo pursued and came in full force when Barbara refused to bring Jace to his Jenelle’s house. Jenelle then caught Barbara drinking at a restaurant and trying to drive three kids and Jenelle’s fiance David Eason recorded the whole incident. Jenelle later told the producers that she knocked on her mom’s door for two hours with no answer then eventually called the police. “I think she’s scared,” Jenelle said.

Find out what happens next on Teen Mom 2 airing next Monday on MTV.