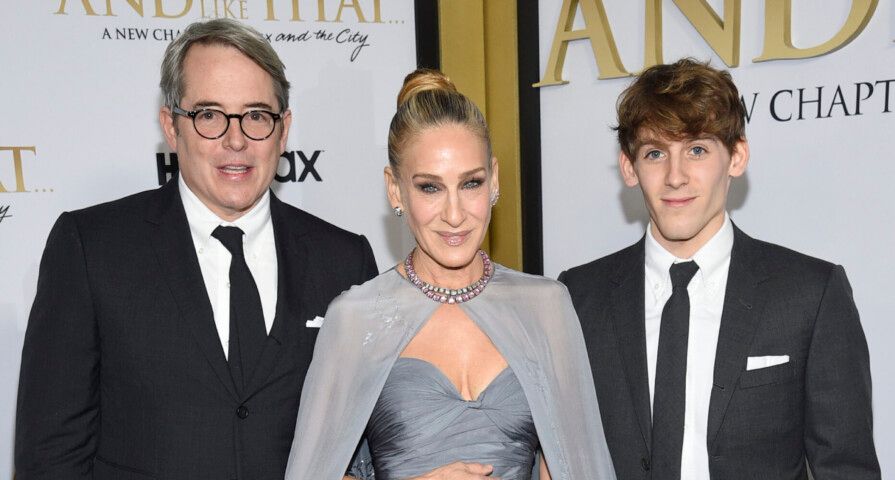 Sarah Jessica Parker attended the And Just Like That… premiere with husband Matthew Broderick and her eldest child, son James Wilkie Broderick. The HBO Max event was held at the Museum of Modern Art in New York City on Wednesday night.

The adorable family held hands as they posed for photos on the red carpet. For the event, Matthew dressed up in a black suit while James wore a dark gray one. Sarah Jessica Parker dazzled in a custom gray dress by Oscar De La Renta which featured tulle and beading. The true show stopping moment with this dress, however, is the pink tulle skirt that was peaking out which is likely an ode to her iconic New York City bus moment in the original SATC opening theme.

The highly anticipated Sex and the City revival premieres Thursday on HBO Max. And Just Like That… will bring back many beloved cast members from the original series including Kristin Davis, Cynthia Nixon, Chris Noth, John Corbett, and more. 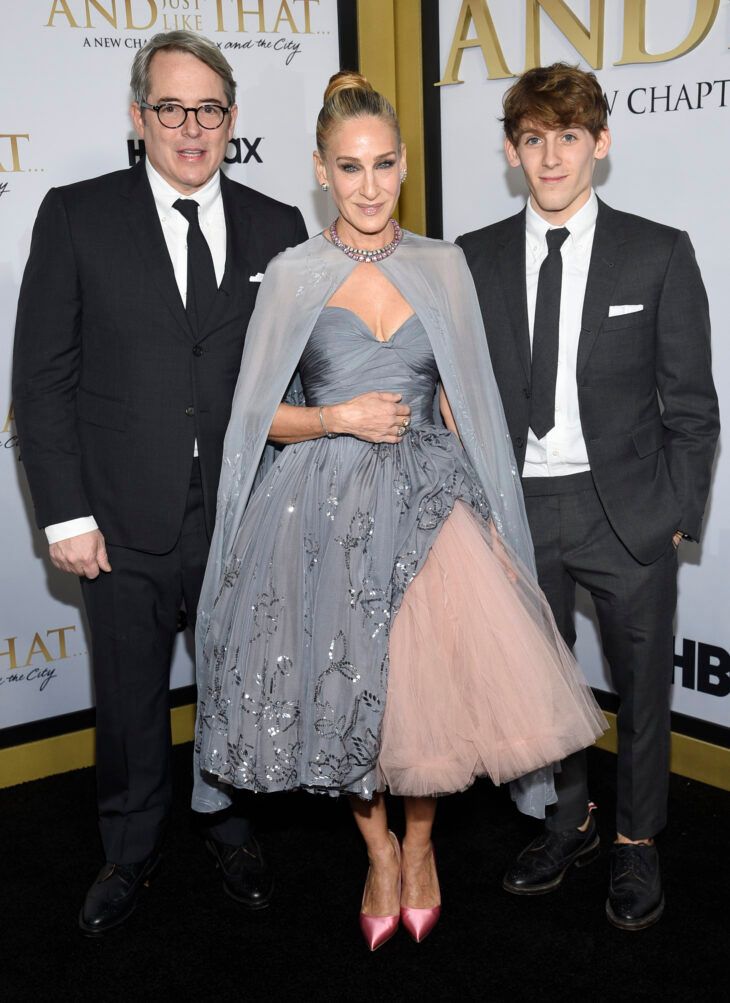