This season of The Bachelorette has been like no other before. The season began with Clare Crawley as the Bachelorette, but things took a turn when she quickly decided Dale Moss was the one and no longer needed to continue on the show. The two are now happily engaged and Tayshia Adams stepped in for Clare as the new Bachelorette.

While it may seem like most of this season’s drama is behind us, Reality Steve has dished that this is far from the case. Tayshia’s portion of the season is just gearing up and there’s plenty of twists in store leading up to the final rose ceremony. Reality Steve has revealed some major details about Tayshia’s season, including who receives her final rose.

If you just can’t wait to find what happens this season on The Bachelorette, follow along as we breakdown tonight’s episode as well as the ultimate spoiler of who Tayshia selects as the winner of her season.

Tonight’s episode begins by wrapping up the two-on-one date with Noah and Bennett, which has been one of the season’s biggest sources of drama. Reality Steve has shared that Tayshia ends up giving the rose to Noah and sends Bennett home.

Reality Steve has shared that when it comes to Tayshia’s final four, she ultimately narrows the group down to Brendan Morais, Ivan Hall, Ben Smith, and Zac Clark. He revealed that Tayshia’s frontrunner is Brendan but he decides unexpectedly to go home after realizing he isn’t ready to get engaged again so soon after his divorce, which leaves Tayshia distraught.

After Brendan leaves, Tayshia’s group is narrowed down to Ivan Hall, Ben Smith, and Zac Clark. Reality Steve has photo evidence of Hall dressed up close to the finale but believes he is sent home just before Tayshia narrows down the group to two.

This leaves Ben Smith and Zac Clark as Tayshia’s final two. Tayshia has a strong connection with both men but ultimately feels as though Ben didn’t open up enough to her and sends him home. Zac Clark receives Tayshia’s final rose and is the contestant who she picks in the end, but Reality Steve shared that he does not believe that they get officially engaged on the show. 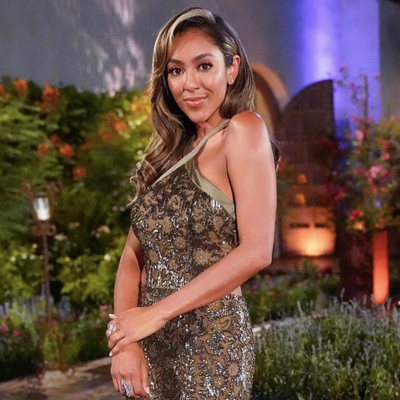