Reality Steve Bachelorette Spoilers 2020: Who Does Tayshia Pick In The End?

This season of The Bachelorette took a dramatic turn that Bachelor nation has never seen before. The show’s season lead Clare Crawley opted to leave the show early after quickly realizing she was only interested in one man, Dale Moss. The two are now engaged and have since left the show, but sources have shared that this is just the beginning of the drama this season.

Tayshia Adams has since stepped in for Clare Crawley and is well on her way to making connections and forming relationships with her group of men. This season is certainly different than previous seasons, however, considering the isolated location and changes in production. Reality Steve has shared that while it’s been more challenging than other years to narrow down spoilers for who Tayshia picks, he does have a confirmed final four, final two, and a winner for her season.

If you just can’t wait to find out what happens with Tayshia’s journey this season on The Bachelorette, follow along as we reveal who Tayshia’s final four, final two and winner are!

Reality Steve has revealed that he predicts Tayshia’s final four will be Brendan Morais, Ivan Hall, Ben Smith, and Zac Clark. He shared that Brendan Morais and Tayshia form one of the deepest connections, however, Morais unexpectedly leaves the show on his own accord after realizing he might not be ready for the intensity of a new engagement. Morais has shared on the show that he’s recently divorced, so this is likely the reason he leaves the show. Reality Steve predicted that Morais leaves just before Tayshia makes the decision to narrow down the men to her final three.

With Morais departing the show, this leaves Ivan Hall, Ben Smith, and Zac Clark as Tayshia’s final three. Reality Steve has photo evidence of Hall dressed up close to the end of the season which has led him to guess that Hall makes it into her final three but is sent home before making it to the final two.

This leaves Ben Smith and Zac Clark as Tayshia’s final two men. Reality Steve shared that while Tayshia’s connection with Ben is definitely strong, she feels as though he didn’t open up enough to move forward with him and get engaged. With this being said, the man that Tayshia gives her final rose to and the ultimate winner of her season is Zac Clark. Reality Steve is confident that he’s the winner of the season, but also shared that he doesn’t believe Tayshia and Zac get officially engaged on the show. 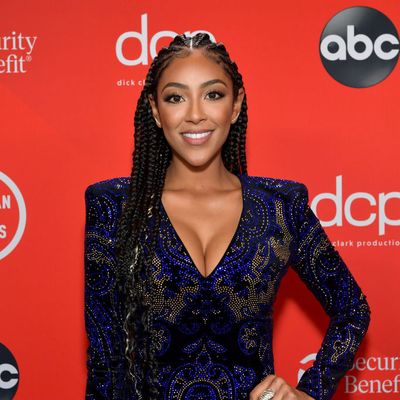