Tayshia Adams’s journey to find love is well on its way on season 16 of The Bachelorette! While it may seem like most of this season’s drama is behind us as Tayshia narrows down the group, Reality Steve has dished that this is far from the case.

Reality Steve has revealed some major details about Tayshia’s season, including her final four and his prediction of the winner. This week The Bachelorette will have a double-night feature which also means double the drama as we lead into hometown dates.

If you just can’t wait to find what happens this season on The Bachelorette, follow along as we breakdown tonight’s episode as well as the ultimate spoiler of who is predicted to win Tayshia’s season.

Reality Steve has shared that tonight’s episode will begin with a one-on-one with Blake Moynes. They visit a crystal guru and have their chakras read. Tayshia doesn’t give Blake the date rose and sends him home.

Tayshia visits the men after sending Blake home and is distraught. She asks to speak with Riley and also sends him home. At the rose ceremony, Tayshia gives roses to Ivan, Brendan, and Zac which leads to sending both Noah and Bennett home.

The episode then switches to the Men-Tell-All which features nine men in attendance: Bennett, Noah, Riley, Demar, Ed, Yosef, Blake, Kenny, and Jason.

Reality Steve has shared that Tayshia’s final four are Ivan, Ben, Zac, and Brendan. He previously revealed that Brendan Morais is Tayshia’s frontrunner and chooses to eliminate himself after realizing he wasn’t ready for an engagement.

He has since updated his spoilers with new information that Brendan does NOT self-eliminate himself at #4 and it is actually Ben who gets eliminated during the hometown dates rose ceremony. This means the final three are Ivan, Zac, and Brendan.

Previously Reality Steve shared that the final two were narrowed down to Zac and Ben, however, with news that Ben is actually eliminated at the hometown rose ceremony, he has shared that he’s unsure exactly who the final two will be now.

He previously reported Zac as the winner of the season but the two do not get officially engaged.

The Bachelorette airs on ABC Tuesdays at 8 p.m. ET. 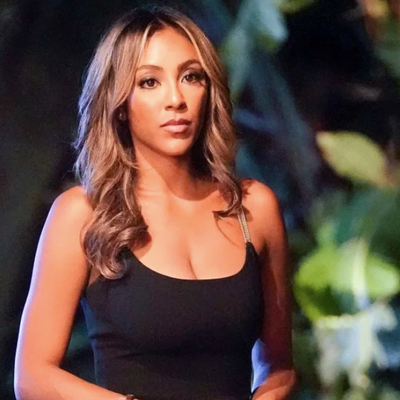