Pauley Perrette’s Last NCIS Episode Airs: How Did They Say Goodbye To Abby? 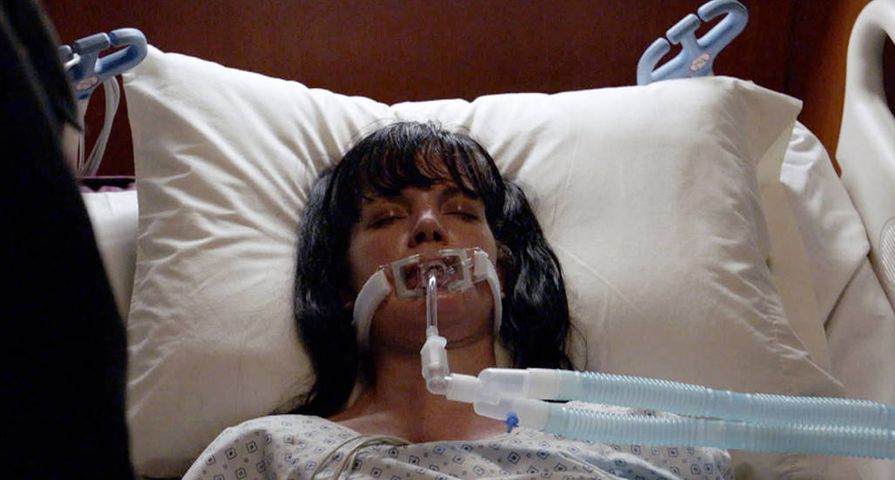 After 15 seasons as one of the most beloved characters on the hit series NCIS, actress Pauley Perrette said goodbye to the show. The star’s last episode as Abby Scuito aired on Wednesday, May 8, and it was a difficult goodbye for everyone.

After the previous episode left fans wondering if Abby was going to be killed, she was revealed to still be alive but in critical condition, as several flashback played from her 15 years with her team which included a phone call from none other than Michael Weatherly’s Tony DiNozzo who left the show back in season 13.

While thankfully Perrette’s character didn’t leave by being killed off, after announcing she would be arranging for Reeves to be buried next his mother in London, Abby said,  “I’m not coming back. I’m leaving NCIS. Clay died saving my life and I owe him a debt and I tend to see that through. Clay always wanted to start a charity in honor of his mom and since he’s not here to make that happen, I will. I know you may not understand, but it’s something I have to do, not just for him, for me.”

Her emotional statement, which was clearly half in character and half out, continued, “It wasn’t an easy decision. You guys are my family and this is my home, but you have to go with your gut and my gut is telling me that I have to go.”

Then, there was her letter to Gibbs which was heartbreaking: “Hey, Gibbs. You’re probably wondering what’s with the retro communication. Truth is, I chickened out. I was afraid that if you asked me to stay, I might waiver because there’s nothing I wouldn’t do for you. When I think back on when things in my life got difficult you were always there to tell me that it would be okay. And it would be because you would make it okay. But Gibbs, Reeves is gone and it’s not something anyone can fix. Not even you. I hope you know what you mean to me, Gibbs. Every moment, every lesson, every hug. I’m thankful for it all. No matter what we faced over the years, there was only ever one thing I needed to hear from you.”

After 15 incredible seasons, Perrette admitted she was “worried” for fans to watch her last episode. “I’m so worried about you guys for Tuesdays episode of the #GoodbyeAbby,” she tweeted. “It’s sad, But I hope, hope, hope you will all watch. I want the world to watch. I did my best work for you. And TONS of flashbacks. Everyone is there. Love you! Get everyone to watch please.”