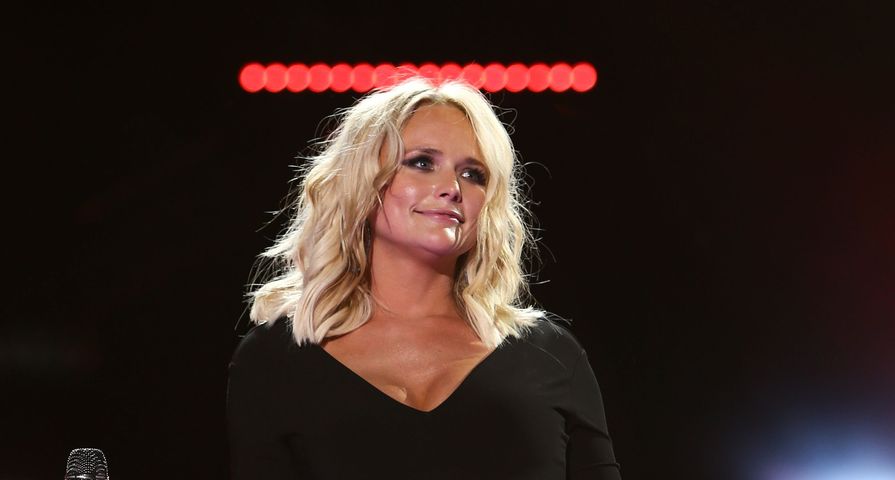 Miranda Lambert is happily engaged…but it isn’t quite what it seems!

The gorgeous country singer took a moment during her New Jersey concert Saturday night to describe a very sweet proposal she received, and to announce she accepted. “I got engaged today. There’s a little 6-year-old boy somewhere here named Sebastian. He asked me to marry him and I said, ‘Yes, in 25 years,” she told the crowd before showing off her new pink ring the that little boy gave her.

“When he came to my meet and greet, he got down on one knee and he was such a gentleman. It may be my favorite proposal ever… ‘Cause girls, we deserve that. We deserve that.”

The 32-year-old also posted a collage of the moment on her Instagram along with the caption, “I said YES! But he has to wait 25 years. this sweet boy Sebastian is a little gentleman. #pinkring #proposal #mademyday #jersey #spreadthelove.”

As it turns out, Sebastian approached another Lambert fan when he saw that she had a “meet-and-greet” sticker and asked that fan if she would propose to Lambert for him, but instead the fan told the boy’s mom she would take him to the meet-and-greet with her so he could propose himself. “He bought the ring himself… his mom said he’s been holding on to it since Christmas, waiting for an opportunity to propose to Miranda,” the fan, Sarah Goddard, stated.

In real life, Lambert is dating fellow singer Anderson East, who she began dating last December after her summer split from Blake Shelton.

I said YES! But he has to wait 25 years. this sweet boy Sebastian is a little gentleman. #pinkring #proposal #mademyday #jersey #spreadthelovetour