Matt LeBlanc Gushes About His Longtime Friendship With Matthew Perry 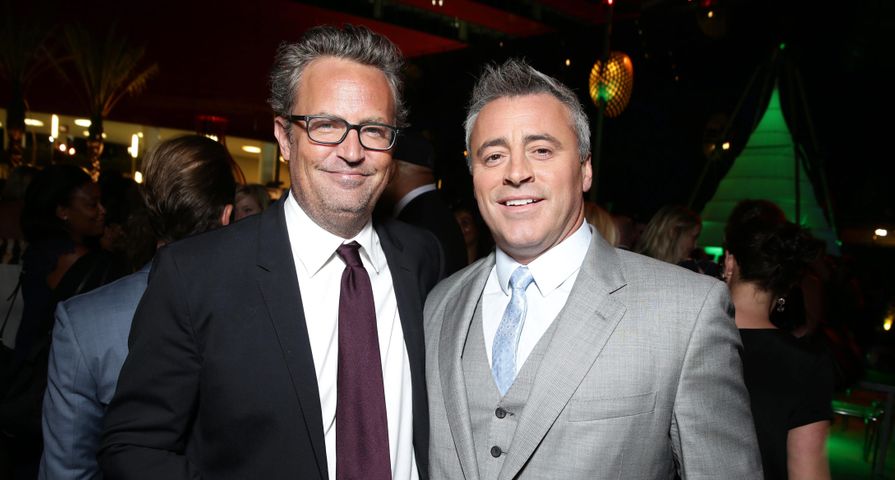 On Wednesday, August 10, fan-favorite Friends star Matt LeBlanc was on the Television Critics Association press tour promoting his new CBS sitcom Man With a Plan, but it was the bond with his longtime Friends co-star, Matthew Perry, that he ended up talking about.

For 10 amazing seasons Matt LeBlanc and Matthew Perry portrayed best friends Joey Tribbiani and Chandler Bing, and on the panel for his new show, LeBlanc opened up about their friendship that has lasted long after the show ended. “I saw him yesterday,” the 49-year-old revealed. “He’s one stage away. I love that guy. I love all five of them. We spent a lot of time together,” LeBlanc added referring to working once again in close quarters to Perry who is also on CBS sets filming his own sitcom The Odd Couple.

It seems that after 10 years playing best friends, a natural friendship just blossomed with LeBlanc saying, “I can not see him for five years and then put me in a room with him and it’d be like I saw him yesterday. We still short hand with one another. It’s amazing. Ten years in a building with no windows and the door locked, we got to know each other pretty well.”

Naturally, fans had to ask if their longtime bond would lead to a Man With a Plan and The Odd Couple crossover episode, but it doesn’t seem that’s in the cards just yet. “I’ve been asked that quite a bit,” LeBlanc replied. “Not to my knowledge.”

Man With a Plan stars LeBlanc as Adam a contractor who starts staying home to take care of the kids after his wife returns to the workforce after 13 years. Man With a Plan premieres on Monday, October 24 at 8:30 pm on CBS.