Luke Parker is being ordered to pay $100 000 for breaking his contract after starring on ABC’s The Bachelorette.

According to court documents, NZK Productions Inc., the company that produces The Bachelorette, has filed a petition against Parker. He was a contestant on Hannah Brown’s season of The Bachelorette which aired in May 2019. Parker allegedly made multiple unauthorized media appearances while still under contract, which led to the petition and fine.

It is stated on the filing that Parker entered into a “written Release and Waiver, Agreement Not to Sue, Indemnification and Hold Harmless Agreement, and Contestant Agreement with NZK, pertaining as a contestant on season 15 of the reality television series The Bachelorette produced by NZK on or about Jan. 27, 2019.”

In signing the waiver, Parker agreed to not “make any media appearances from the date of the Agreement through one year after the date of the initial broadcast of the final episode of the series.”

The agreement also prohibited Parker from making “any unauthorized use or disclosure of any information or events he witnessed or learned as a contestant… or make any negative or disparaging remarks about the series and/or its principals, employees or affiliates, at any time.”

Despite these rules, however, NZK claims that in September and October 2019, Parker made “at least four appearances” without NZK’s approval. NZK also alleges that during those appearances “[Parker] disclosed Series Information and/or made negative remarks about the Series and its producers, in breach of the Confidentiality Provision.”

ABC’s The Bachelorette is currently airing Clare Crawley’s season at 8 pm on Tuesdays on ABC. 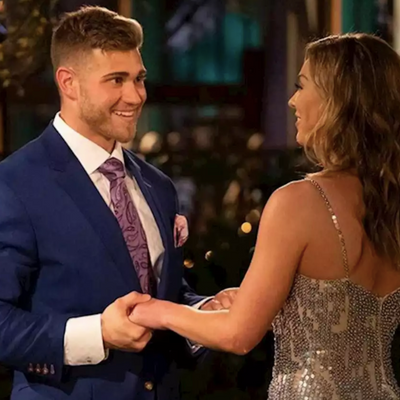