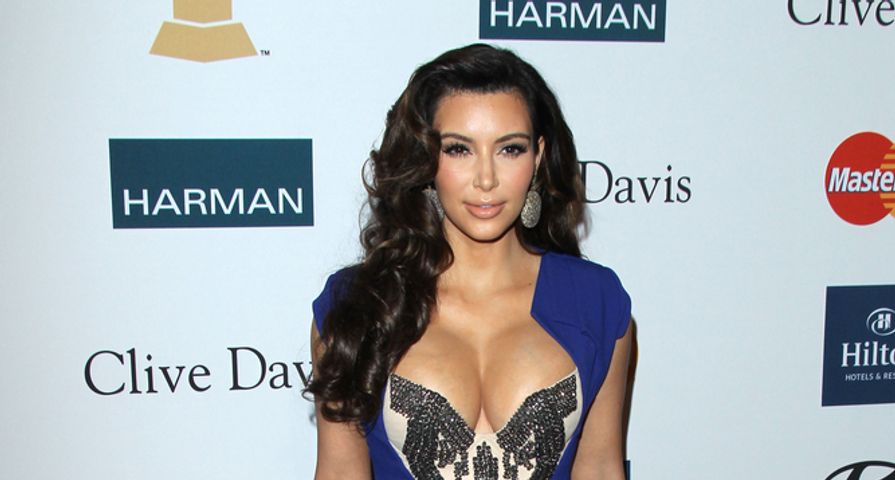 It was not a full blown malfunction, so fellas, you can probably head on to the next post. However, all ladies will want to gander at the video below, so you can remark on how embarrassing it would be, or “OMG! That’s happened to me before!”

Whenever you’re walking the red carpet, you want things to be perfect. And if they can’t be perfect, you want them to be as close as possible. Still, there has to be room left for contingency, and a little dose of Murphy’s Law. Kim found this to be true when she was walking the red carpet for New York’s Metropolitan Museum of Art Costume Gala. Known commonly as The Met Gala, it is as big an event as one would imagine–celebrities from entertainment, politics, sports… they’re everywhere.

Where there are so many celebs, there are even more cameras. There was no way anyone was going to experience a wardrobe malfunction, or a whoops, without being seen and captured for the digital lens.

We’ll put it this way: At least Kim K. is classy enough to wear panties. And her little issue was easily fixed within a matter of moments, as she posed for a few photos with Kanye West, who was looking quite dapper in a tux with tails. Yes, it’s understood why Kim wants to show off her shapely legs, especially considering the hard work she’s done in the gym, post-baby. But sometimes, when a dress is designed to show some leg, it’s easy to show too much leg.

Check out the video below, and you’ll see exactly what we’re saying.