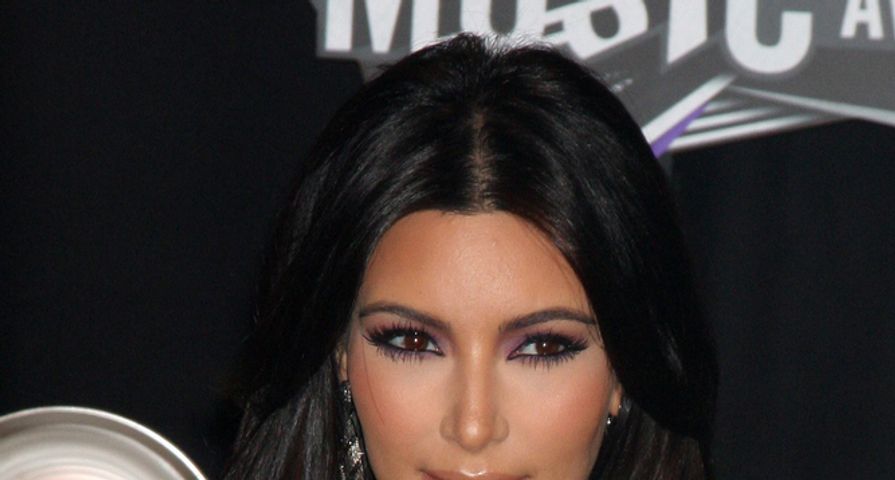 Running into your ex can be awkward — even when you’re a celebrity!

Kim Kardashian was stopping for a quick breakfast omelet at a coffee shop in L.A. when she ran into none other than her ex, Reggie Bush.

NFL player Reggie, 29, was with his fiancee Lilit Avagyan, with whom he has a nine-month old daughter. Kim, 33, said hello to Reggie, but eye witnesses say the whole interaction was somewhat awkward. Check out the video for more details!

Kim and Reggie dated on and off for two years before finally splitting up for good in 2009. Reggie made headlines when he started seeing Lilit, since she does bear some resemblance to Kim. Reggie and Lili welcomed their baby girl, Briseis, a month before Kim had little North with her fiance, Kanye West.

Kim also reportedly hung out with Reggie again after she ended her 72-day marriage to Kris Humphries in October, 2011.

Even if their recent coffee shop interaction was awkward, Kim and Reggie seem to be on good terms. After Briseis was born, Kim reached out; “Kim sent Reggie a congratulatory message and while Reggie wasn’t expecting it, he was very happy that she sent out her well wishes,” an insider dished.