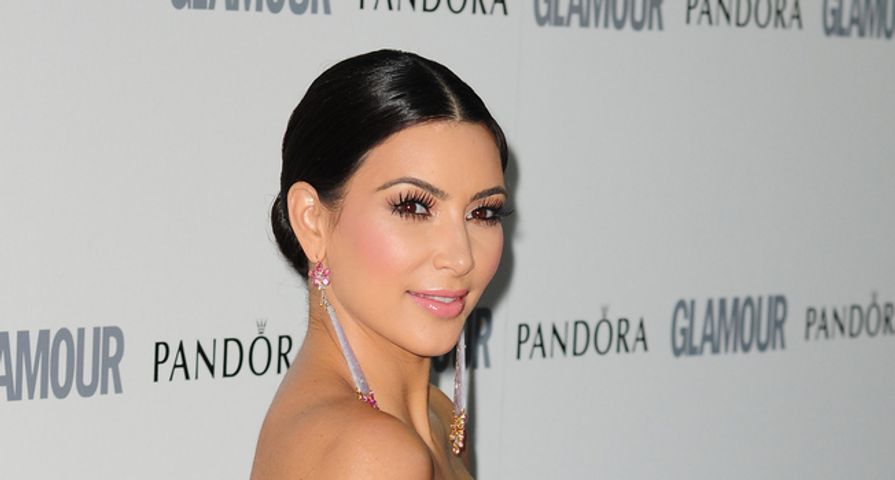 While Kim Kardashian, 34, didn’t manage to actually break the internet with her scandalous pictures for Paper magazine, she did make huge waves, leaving people with a lot of questions about the authenticity of the pictures in relation to photoshop.

On Tuesday November 18, the reality star made an appearance on the Australian TV show The Project where she was asked about the pictures and of course, can she really balance a champagne glass on her behind?

Host Rove McManus made no qualms about asking, “Can you actually balance a champagne glass on your derrière, or was it all Photoshopped?”

Kim K was adamant that she actually did do the trick herself and even stated it took training to be able to do it.

“My back hurt for a week after that shoot…I used muscles! [The photographer, Goude] has an art of posing you and it was definitely not comfortable,” she told McManus.

Interestingly however, Kim refused to do the trick again when McManus asked her to reenact the now one of several infamous photos, but she did agree to try to teach him although he couldn’t do it, with Kim saying, “You don’t have as big a butt as I do, so…”

While she is receiving major backlash for the nude photos, Kardashian also stated that she feels really good about them and they helped her with her confidence.

“For me that was something I wanted to do to make myself feel confident. As a role model I’m not saying anyone else should do that, but for me it was an art project and it taught me to do what you want to do. I’m never one to preach”, she continued, “But I felt really positive and really good about myself. I love the photos. I did it for me. I hope other people like them.”

Kardashian’s stop in on The Project was part of her trip to Australia for the release of her newest fragrance, “Fleur Fatale” which she debuted in Melbourne.

Also Check Out: Battle of the Booties: Which Celeb Has The Best Ass-et?