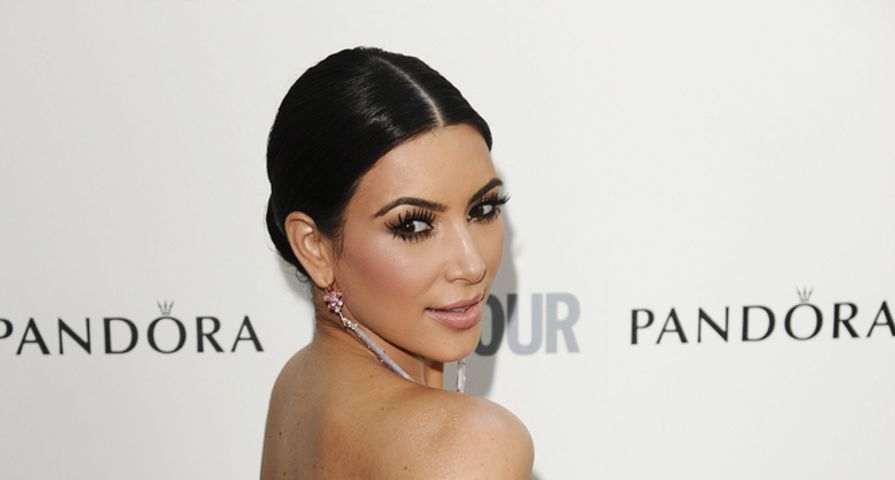 Kim Kardashian has said yes to her wedding dress!

The 33 year-old reality star has chosen the gown she’ll wear when she walks down the aisle to wed fiance Kanye West, and a source says she “beyond loves it.”

Unfortunately, we don’t know any details about Kim’s wedding dress, but the inside adds that it was specially crafted by a designer who is part of the world’s “elite.” Who could it be? Vera Wang? Monique Lhullier? Zac Posen?

Kim has also settled on a color scheme and her bridesmaids’ dresses.

Kim and Kanye are getting hitched in front of around 100 guests in a top-secret ceremony in Paris. Kim flew to Europe yesterday but will return to the U.S. by next Monday for the Met Costume Gala in New York City — many believe that her and Kanye’s nuptials will take place between now and then.

When Kim married Kris Humprhies back in 2011, she wore three different Vera Wang gowns, valued at around $20,000 each. While she wore a large ballgown down the aisle, most fans remember her sexy drop-waist dress with a ruffled bottom.

Last year, rumors swirled that Kanye didn’t want Kim to have Vera design her dress this time around because of the baggage involved.

Kim has said that her second wedding will be more mellow and low-key, but we still expect the fashionista to don a stunning, dramatic gown (or two, or three).