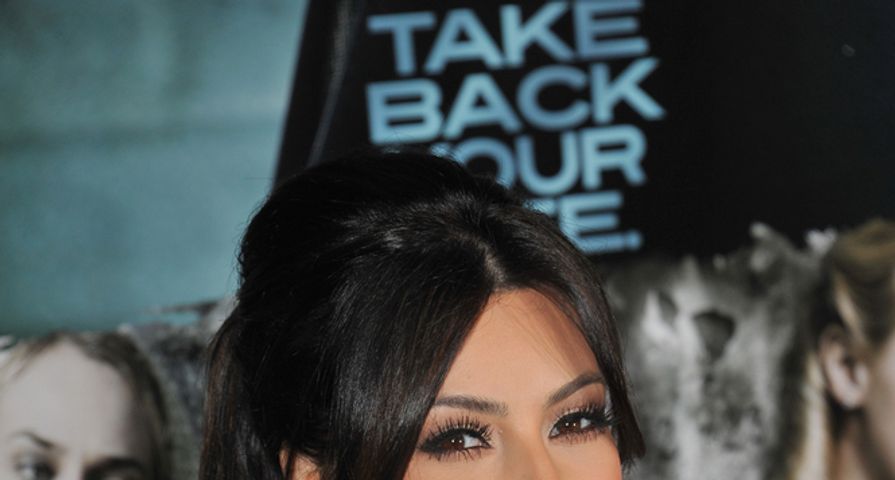 Hey! A trophy is a trophy. Accolades are accolades. Scoring something as “the worst” is better than having scored nothing at all. And at least it means you were in a movie. Am I right? So, props to Kim Kardashian for actually winning a real award.

Kim Kardashian will just keep on keeping on, but let’s offer a little love for the Golden Raspberries, aka, the 2014 Razzies. These awards honor the suckiness of 2013. If you’re not familiar, The Razzies are handed out annually to the cream of the crap in the realm of movies.

This awards show is always tucked away near The Oscars, and honors the films that just didn’t quite make the grade. Or, films that just completely flopped, and for good reason. That said, strange things happen from year to year. No better example than Sandra Bullock winning a Razzie and an Oscar within a week

Kim K. was honored this year for her work in Tyler Perry’s Temptation: Confessions of A Marriage Counselor. Yeah. That sounds like a real winner. And adding Kim Kardashian to the mix? Talk about taking it to the next level of suck.

Other big losers on the night were the tandem of Will and Jaden Smith, after starring in the Sci-Fi flop, After Earth. They were nominated for a few categories, and even took home a couple of awards. And all the while, we can imagine M. Night Shyamalan sitting in his office saying, “It really wasn’t that bad, people. I’d like to see you do better!” Nah, Night, it was bad. Really bad.

That said, it didn’t take home Worst Picture of The Year honors. And neither did Adam Sandler’s Grown Ups 2. What did? Check out the video to find out!