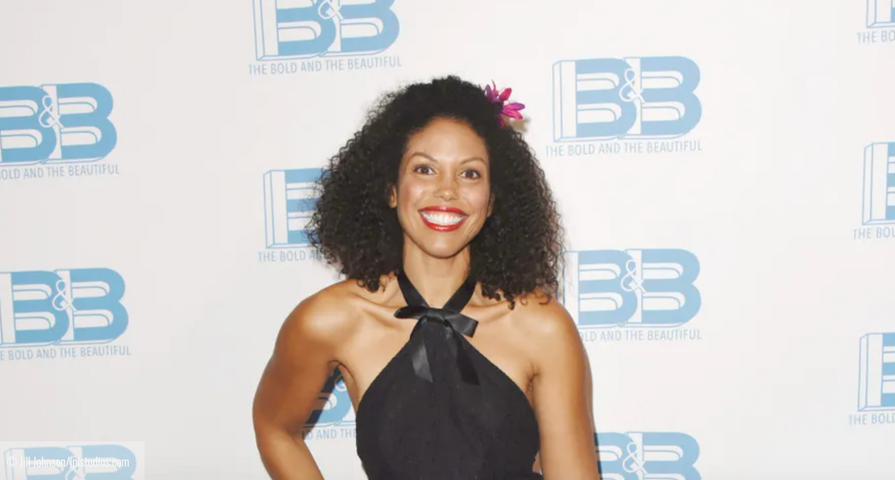 Karla Mosley, star of The Bold and the Beautiful (B&B) and more recently The Young and the Restless (Y&R), has given birth to a baby girl! Officially ending “the 4th trimester”, as Mosley puts it, the bundle of joy was welcomed into the world on August 4th.

This is Mosley’s second daughter with her partner, John Rogers. Their first-born, Aurora, arrived in 2018.

Fans have been monitoring the little bump’s development on Mosley’s Instagram since she announced that she was expecting, back in May. “Feeling much less blissfully pregnant these days and much more like a stuffed pepper,” she shared in a July post, highlighting her glowing figure. “Celebrating it all!”

The star appears to have taken all the discomfort and changes in stride. Two weeks later, she posted a humorously angled photo of her growing stomach and joked, “Apparently my belly is too big for Instagram to also include my face”.

Now that her new daughter, whose name has yet to be revealed, has arrived, Mosley is teasing her fans with first baby pictures. “Okayeeee okayeeee, one more tease!!! Face tomorrow!” So be sure to watch her Instagram for the big reveal!

After a six-year run as Maya Avant on B&B, Mosley was recently seen taking the role of Amanda Sinclair on Y&R while Mishael Morgan recovered from eye surgery. Needless to say, she’s in no hurry to announce any future plans in daytime drama.