Kanye West Is Ready To Welcome His Son ‘Any Day Now’ 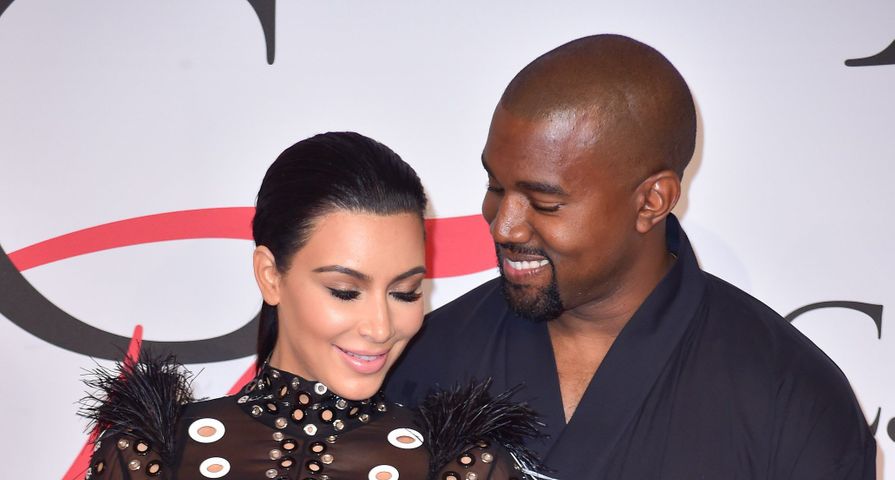 Kanye West and Kim Kardashian have been waiting for their second baby for a long time now, but they won’t have to wait much longer, and West is really excited to be a dad again.

Kardashian isn’t due for a couple weeks, but you never know if a baby will come early which West commented upon during his acceptance speech for his Shoe of the Year award at the Footwear News 29th Annual Achievement Awards on Wednesday, Dec. 2. “I’m waiting on my son to arrive any day now,” the 38-year-old announced, adding the success of his fashion is important because, “I look at my daughter and I look at my wife and she’s rich and I don’t plan on being broke.”

As documented on Keeping Up With the Kardashians, the reality star and famous rapper were having a hard time getting pregnant the second time around, and when it did happen, the pregnancy hasn’t exactly been easy on Kardashian. She just recently she revealed the baby boy was breeched which meant she had to undergo a very painful surgery in order to get him turned around and ready for delivery. “They don’t give you any pain medication, and let me tell you: This was soooooo painful. Probably more painful than childbirth,” Kardashian wrote in a blog post. “My baby is in the right position and it feels so good to not have the stress of thinking I need a C-section. I’m so thankful for my doctors!”