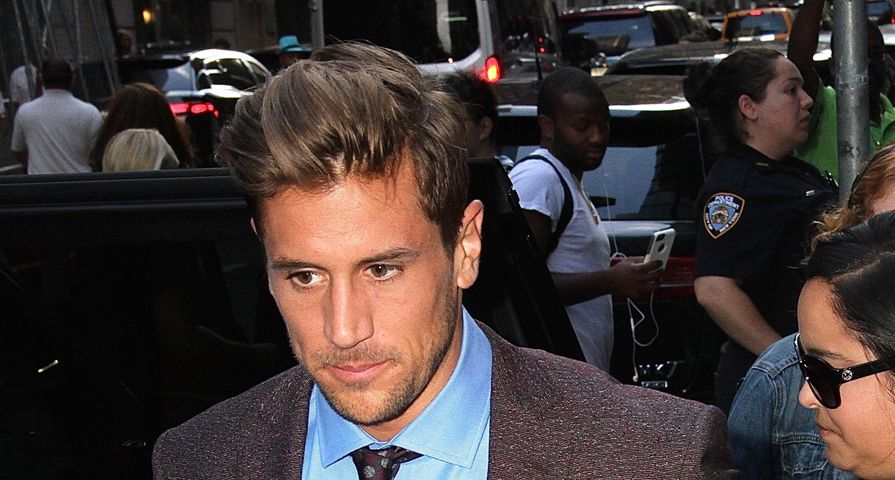 Shortly after Jordan Rodgers began his stint on the most recent season of The Bachelorette, rumors instantly flew that he wasn’t the nice and honest guy he claimed to be. Only a few episodes in, his ex Brittany Farrar took to her Instagram to slam him when he said his “career” is what ended his last relationship, which was with Fararr. “Riding the bench doesn’t get in the way of a relationship, but cheating does. #yourpitchisntperfect @jrodgers11 #alwayswantedtobefamous #dreamscometrue #tuneinnextweekformoreBS,” she wrote on Instagram.

Now that he has won The Bachelorette and is engaged to JoJo Fletcher, Farrar is speaking out yet again, and absolutely tore Rodgers down in a new post where she went off about his lies, and most importantly, the way he is trying to make her and his family look in order to present himself as the victim.

Farrar posted a lengthy written note, and captioned it, “After our breakup, I was surprised to find out what a prolific liar and cheater #JordanRodgers was during our entire 3 1/2 year-relationship. But what has surprised me even more is how he has carelessly bashed and lied about me in public. I guess he thought I wouldn’t stand up for myself. #HeWasWrong”

She begins the note with, “When I broke up with my ex and gave back his old mattress and chia seeds—that was his ultimatum to me (‘Give me another chance or I want my mattress and the chia I bought back!’)—his lies stopped being my problem. UNTIL he went onto one of the most popular reality shows on TV and lied about our relationship.That’s when I wrote my first post about him. I was hoping that would be the first and last, but then the show ends (Hey, you’re finally a winner!) and he starts calling me a liar.”

She goes on to say that his press tour has now reached her hometown and family and people she love are now constantly approached by people questioning Rodgers’ story. “So if I don’t have a choice in whether people back home are talking about me, then I might as well have my voice in this.” She continued, “Since the show ended, Jordan has been very busy trying to push out new headlines casting himself in the role of the victim. In every interview, he’s talked about cheating rumors being ‘really harsh and very untrue’ and how ‘hurtful’ it’s been to talk about his family drama, completely ignoring the fact that the world was oblivious to these issues until he put it out there.” Addressing Rodgers, Brittany asked, “You’re wondering why there isn’t a flood of positivity around your engagement? Maybe it’s because your recent fame is built on you tearing down people and rewriting the truth to fit your storyline.”

Farrar also promised it is a two-part post which means there is only more to come, ending her note with, “I don’t want to do this again. Unlike Jordan. I’m not desperate to stay in the spotlight.”

Making all of this even more dramatic is the fact that Farrar is best friends to Olivia Munn, the actress who has been in a longtime relationship with Rodgers brother, Green Bay Packers’ quarterback Aaron Rodgers. Not to mention she also posted a now deleted video in which she showed a receipt for a large bouquet of roses which, according to Farrar, “Jordan purchased for the girl he cheated on me with in Louisana.” Even more shocking, the woman was apparently someone he met while filming a scene for Pitch Perfect 2 in which he appears with some of the other Green Bay Packers players. The message on the receipt read, “Happy Birthday to my Favorite Bella. Miss you. Can’t Wait to See That Beautiful Smile Again. From, Your Favorite Football Player Wanna Be Actor.” Farrar had choice words for his cameo as well, writing, “He was deep in the background pretending to be one of the Green Bay Packers—the closest he’s ever been to making an NFL team.”

After our breakup, I was surprised to find out what a prolific liar and cheater #JordanRodgers was during our entire 3 1/2 year-relationship. But what has surprised me even more is how he has carelessly bashed and lied about me in public. I guess he thought I wouldn’t stand up for myself. #HeWasWrong 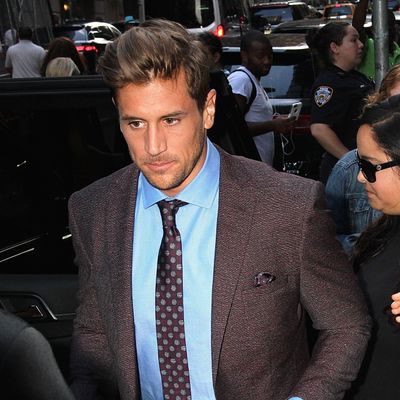