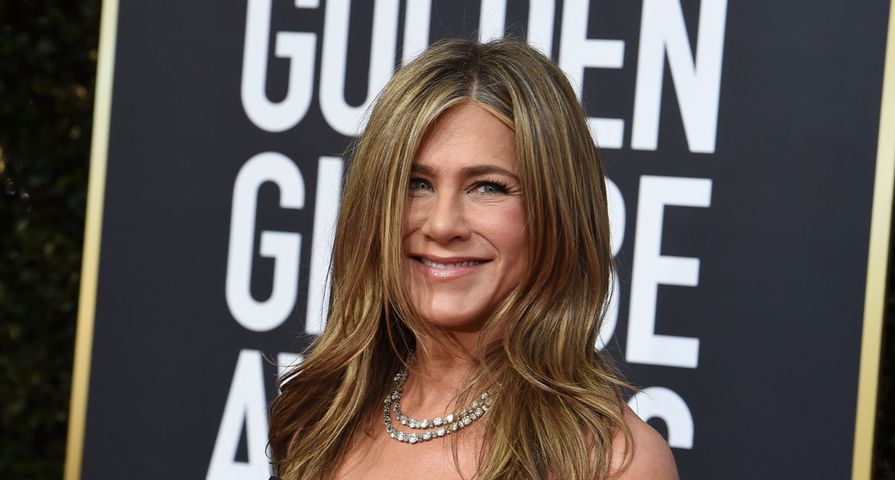 On Thursday, Jennifer Aniston replaced Ellen DeGeneres to guest host her daytime talk show, which is filmed on the same studio lot where Friends was shot.

The Morning Show actress returned to the Warner Bros. Studio lot in Burbank, California, and decided to make a stop by the sitcom’s Central Perk set, which is still intact for tours. It’s there where the actress shocked fans.

“I know, it’s the cruelest thing in the world,” she said to a pair of fans, who jolted when Aniston popped up from behind the coffee shop’s couch, when she shouted “espresso!”

“Are you really here, is this real?” asked another extremely starstruck fan, to which Aniston joked, “I live here.”

During her visit, the 50-year-old actress jokingly gave a hard time to fans whose answer to “Who’s your favorite character?” wasn’t Rachel.

“I’ll pretend I didn’t hear that,” she said to a group of Phoebe and Monica fans.

As far as the actress returning to the studio to film reboot of the beloved sitcom, the Friends cast teased that a reunion project was in the works – but it wouldn’t be something scripted that would see the stars reprising their roles. In October, Aniston said to The Late Show host Stephen Colbert that “something is happening” – but also clarified at the time that “we don’t know what that something is.”

Earlier this month, Friends co-creator Marta Kauffman spoke to reporters at the Producer Guild Awards about the reunion and its possibilities.

“If it was the right thing, if it were the six of them together reflecting, talking about their experiences and the episodes, then I’m totally behind it,” she said.

Although the HBO Max reunion special has been in talks for a while, Kauffman reiterated that nothing has been confirmed yet.