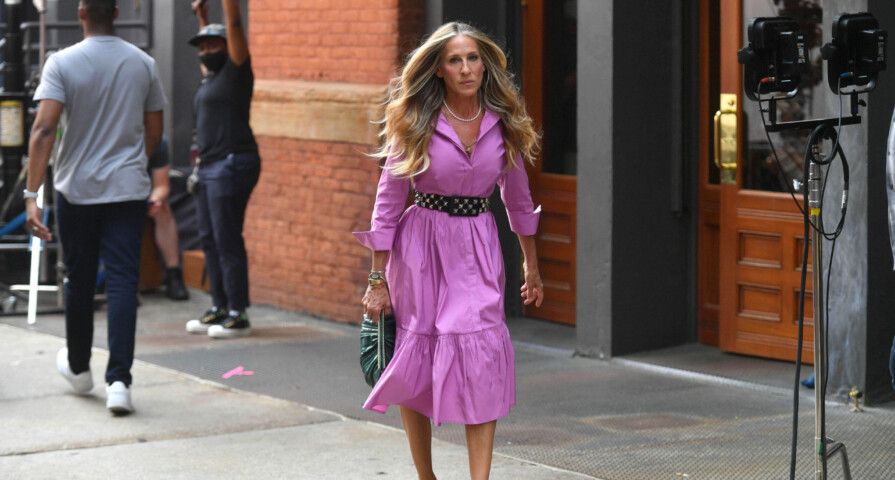 HBO Max is giving fans a sneak peek of the upcoming Sex and the City revival, And Just Like That…

The new clips of the reboot were shared during the 73rd Primetime Emmy Awards on Sunday. HBO Max released a new ad during the awards show which featured the first look at a few different upcoming Max Originals, including the highly-anticipated Sex and the City revival.

In the clip, returning stars Sarah Jessica Parker, Cynthia Nixon and Kristin Davis are seen standing together at an event. The trio recognizes someone in the crowd and Parker turns around to wave. The clip then transitions to a scene where Parker and Chris Noth are dancing and kissing in a kitchen.

Aside from And Just Like That…, the new ad also featured new footage from Euphoria, Gossip Girl, Curb Your Enthusiasm, Insecure, Succession and more.

HBO Max has yet to announce the And Just Like That… premiere date but it’s known that three of the four main leads of the series will be returning. The show will have a few supporting cast members returning including Mario Cantone, David Eigenberg, Willie Garson and Evan Handler. A few new faces are also joining the cast for the revival including Sara Ramírez, Sarita Choudhury and Karen Pittman.

“Everyone at And Just Like That… is thrilled to have these amazing and vibrant actors join the Sex and the City family,” executive producer Michael Patrick King said in July. “Each of them will add their unique spark and big heart to these new characters and the stories we are about to tell.”

Check out the never-seen-before footage below:

**whispers** this is the place. pic.twitter.com/nTDZ8bsN8n