Home » Trending News » General Hospital Weigh In: Are Carly And Jax Headed For A Reunion?

General Hospital Weigh In: Are Carly And Jax Headed For A Reunion? 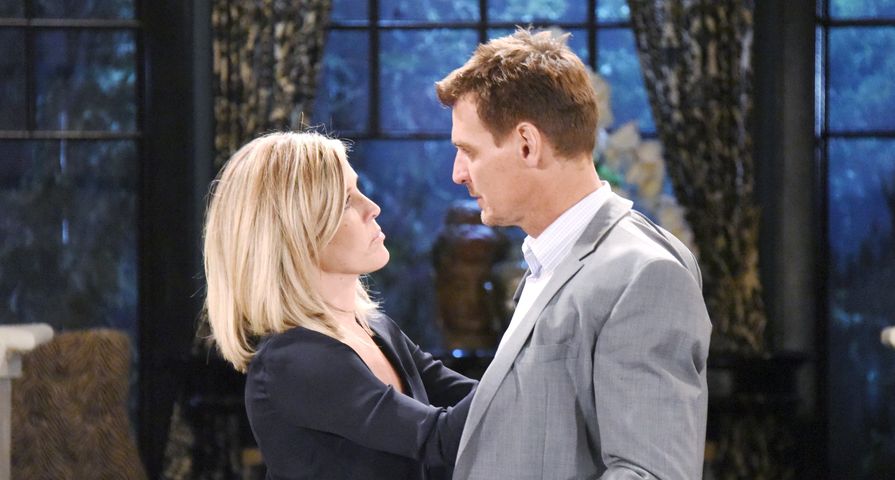 They’ve always had a unique bond. They have mastered the art of co-parenting, and they currently share an intense secret. Plus, with Sonny seemingly out of the picture, General Hospital’s (GH) Jax and Carly seem destined for a reunion.

The hints and teases have been sprinkled around for months now. From Nina’s catching subtle glances of Carly and Jax’s intimate friendship (without them knowing) to others warning Reeves that the mother of Jax’s child will always trump any other relationship in his life, some fans may have off any type of Jarly reunion because Sonny was around. In fact, before his disappearance, CarSon was stronger than ever.

Now that Sonny is “gone” and trouble is brewing on the horizon between Nina and Jax, could a straw break the camel’s back to send Jasper straight into his ex’s arms? Reeves is bound to put all the pieces together around Nelle’s passing. She may be able to “forgive” Jax for some of his lies as of late, but will she be able to let go of the idea that Jax sacrificed the truth about her daughter’s passing to protect Carly?

With tensions running high, could a mourning Carly, and a heartbroken Jax, feel the need to find comfort in each other’s arms? Sonny is undeniably the love of Carly’s life. No matter how toxic their relationship can get during the lows, they always seem to find their way back to each other in the end.

With that said, Carly shared a special relationship with Jax. Not only was she married to him for over seven years (almost a lifetime when it comes to the land of soaps), she also shares a daughter with him. In fact, one could argue that the only downfall in their relationship was Carly’s soft spot for Sonny. They certainly shared some interesting chemistry back in the day.

Rewinding to 2017, when Nelle had everyone believing that she and Sonny had slept together, Carly didn’t waste any time heading back to the bedroom with Jax. The truth did eventually come out that Sonny did not cheat; however, it’s hard to ignore that Carly’s instinct was to reach out for Jax.

While it’s died down a bit, Sonny’s always had a disdain for Jax. Therefore, even if Carly and Jax didn’t have incredible chemistry together, which they do, the very thought that she’d turn to her ex when Sonny was “out of the picture” is something that would leave a bad taste in Corinthos’s mouth once he did return. He hasn’t forgotten about their 2017 affair. It would still sting despite the circumstances.

Are Jarly headed for a reunion? Not only is a Jarly hook-up intriguing, especially if Nina found out the truth about Nelle’s passing, but it would also add a nice layer of drama when Sony does eventually make his return to Port Charles.